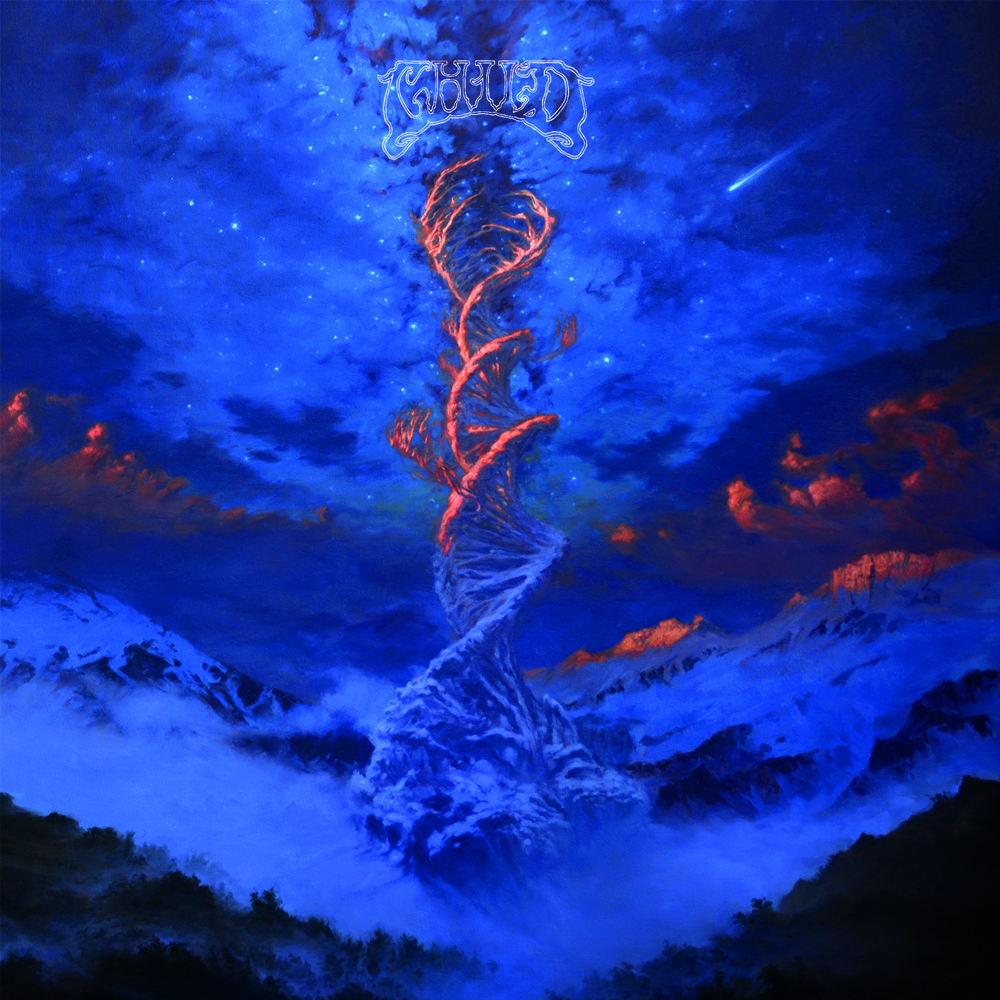 A lot of times I don’t particularly like a band’s name.  I like the name Child for these guys.  They play unabashed, slow-burning, soulful blues.  Blues is really the birthplace of rock, so to think of this Australian three piece as the child of the blues….yeah, that works for me.  What I think totally doesn’t work is their biography, which is something I also often have problems with.  I understand that it’s a PR person’s job to try to hit to all fields, to try to cross promote, though there’s also crossing a line that just doesn’t fit or feel right.  In this case, it’s calling Child a mixture of doom and blues.  There’s no doom to be found here. Zero. None.  These guy have more in common with Jimi Hendrix, Free, Firebird and Gov’t Mule than they do Black Sabbath or Saint Vitus.  Just tell it like it is – no seasoned listener or reviewer is going to listen to this album and think, “Oh wow, this is really doomy!!” I’ll admit that there are a couple heavier parts thrown in for variety, though that isn’t the focus, and it just doesn’t have the feel of doom.  Heaviness and doom aren’t mutually inclusive.  I know “doom” is hot right now, though it’s okay not to be a doom band in this day and age.  Blueside is a great album for exactly what it is, though to connect it with doom is extremely misleading, and I’d never want to intentionally mislead whoever happens to read these reviews.

Child’s sound is primal, thick, fat and full.  There’s a laid back, deep and ever-present groove to the five tracks on this album.  The vocals of Mathias Northway are soaring and soulful, flying above his guitar’s classic blues licks and the rhythm section’s relentless roar.  And man….can this dude rip it up on guitar when it’s time to solo – his leads are like liquid, super fluid and thoroughly expressive.  Drummer Michael Lowe and bassist Danny Smith are equally impressive, providing a swinging backdrop for the songs.  Each member of this trio really knows when to step up when it’s time to stand out, and more importantly, when to just stay in the pocket of the relentless groove.

The first track, “Nailed To The Ceiling”, starts out pretty mellow, emphasizing the strength of the vocals.  It slowly building momentum before exploding into a bubbling climax of wah wah guitar and thick riffs.  There’s some swirling organs in the background that reinforce the soulful side of the song.  This track pretty much sets the pace and template for the album, and Child don’t really deviate from that formula, which is a good thing.  Why fix it if it ain’t broken, right??  Sure, the second song, “It’s Cruel To Be Kind” brings the heavier guitar parts to the forefront early in the song, though it quickly breaks down into some clean, Hendrix inspired hooks before kicking the dirt back in for a killer chorus.  What makes this track are the constant shifts in dynamics and intensity, which are really Child’s strong suit.  While the songs are all well arranged, they’re relatively simple blues rock numbers, and they rely heavily on the band’s performances to breath life into them.  They pick up the pace a bit at the end of this one, and cap things off with an extended fuzzed out jam.

“Blue Side Of The Collar” is the shortest track on the album, clocking in at around six minutes.  As you’d probably expect by now, it starts off with laid back, with classic and clean blues licks, and builds up to a wall of distorted guitars on top of the throbbing, pulsing rhythm section.  The vocals really shine on this one, especially in the way that the guitar plays off of and echoes their sentiments.  “Dirty Woman” breaks the mold a bit by starting things off nice and heavy from the start, and has some really cool female backing vocals that make for a different feel.  Child also punctuate some parts of the song with little organ breaks that add a lot also. It’s my favorite track on the album, because it rocks a bit harder than the others, and the intro riff that rears its head from time to time throughout the song doesn’t just sound like a standard from the established blues canon.  Naturally, they break it down for a nice jam in the middle, with a sweet clean guitar solo that allows the rhythm section and the organ to shine through a bit more.  This builds once again into a momentous crescendo of full throttle riffs and leads, ending in some spaced out effects that lead into the final track, “The Man.”  This is the longest track, and by now, you should pretty much know what to expect.  It’s a slow, swinging blues rock track with all the elements I’ve already listed numerous times, so I’ll spare you the repetition at this point.  What I can say is that about three quarters of the way through the song, the drop the album’s heaviest riff followed by some of its most intense soloing.  By the end of the track, all three of these dudes are just going nuts on their instruments, and it’s fine conclusion to the album.

If you’re a blues or classic rock aficionado, I don’t see why you wouldn’t love this album, and while I can see how this may not appeal at all to fans of extreme metal, there’s an intensity and immediacy to Blueside that could easily win over those who are more inclined to heavier fare.  My one critique is that I’d like to see them break away from simple blues rock, and perhaps add in some more progressive elements or quirky songwriting, though that’s really a minor complaint.  Child do what they do, and they do it very well.  This is only their second album, so it’s going to be very interesting to see where they take things from here on in.