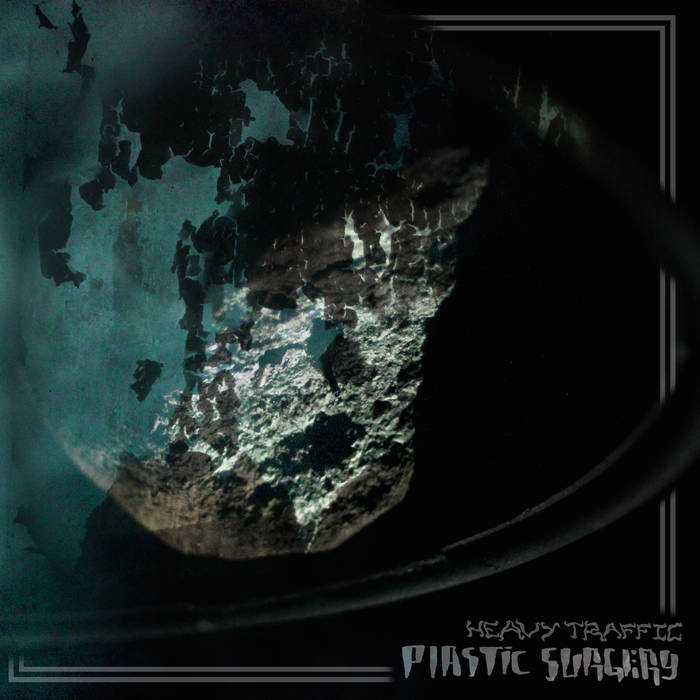 Twin Earth Records brings us their offering from Heavy Traffic that was purportedly recorded “live to tape” over the course of a March 2016 weekend. Ian Caddick and Tav Palumbo had recorded five albums of material in the two years previous to moving to Brooklyn, New York in 2015, intent on putting a band together to focus on playing live. Two months later this was the result.

First thing I gotta say is the vocal mix is a little too over-saturated and echoplexed to be able catch most of the lyric content on first listen. Leaning heavy on psych rock, combining elements of noise, doom, punk, and shoegaze, most of the songs move along at a tempered slower pace until “Three Stigmata” when the staccato mixes with fills galore lending to a faster pace and listenability that has been missing until. “Medicated Bed” also has a faster pace complete with guitar solos brought into the forefront making this the one I kept going back to as the standout. The bonus song with the release seemingly reflects on two members referred to as White and Green on the band’s Facebook page, presumably Ian and Tav, clocking in as one of the longest songs offered and goes back to the slower tempoed stoner tromp of the first half of this record. The track listing needs to have a smoother flow in and out as they demonstrated they could do with “Acid Sweater” running smooth as glass into “Broth Drain”. We’ll see with the progression of these guys. If they are as prolific as reported, this should be the first of much to come and I hope the polishing continues until it is refined as they find the balance in the vocal mix so the words conveyed are easier grabbed. Seeing Heavy Traffic Live would be the venue to get the full affect in my opinion of this solid debut on Twin Earth Records.   If you like your Traffic “Heavy,” this is release is for you!