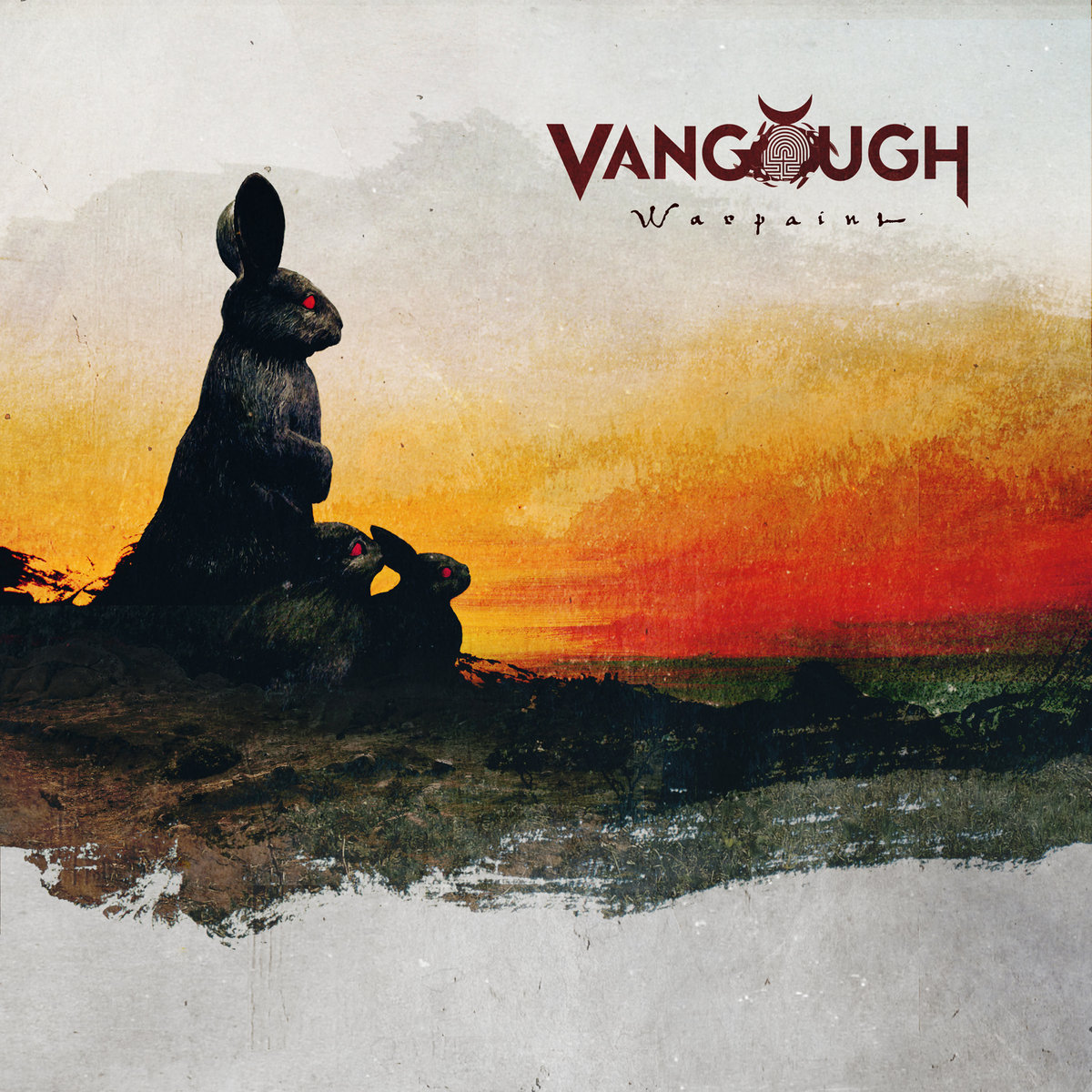 Oklahoma City’s Vangough recently released their latest studio effort ‘Warpaint‘ and the accolades have mounted ever since. Rightly so too because this, the band’s fifth studio album (along with an EP and live album as well) is yet another leap light years ahead for Progressive Rock as a whole. Cut from a similar cloth as acts like Soen, Opeth or Dream The Electric Sleep, the music of Vangough is founded on technicality and emotion. Forward-thinking musical expanses constructed on the juxtaposition of differing styles of sonics is what ‘Warpaint‘ is all about. Guitarist/vocalist Clay Withrow, bassist Jeren Martin and drummer Kyle Haws embed massive amounts of feeling and experimentation into these songs.

Exposure begins with the darkly-hued introductory track ‘Morphine‘, a heavy-handed song that shudders with powerful bass lines. Stitched with intricate guitar melodies, things soon take on more melodic elements before erupting into caustic sections of a more aggressive nature. Near song’s end things have dissolved into some truly heavy sonics, ones augmented with guttural vocalizations and crushing density. Shifting intensities, alternating energy levels and multifaceted diversity permeates songs like ‘Dust‘, ‘Gravity‘ and the powerful ‘Till Nothing’s Left‘. The latter a somewhat Tool-like trek into soul-jarring music that’s followed by one of the more haunting tunes of the record, ‘Knell‘. Quite sedate and even, dare I say it, more stripped down, the song pulsates with haunting nuances that bleed like an open wound. Things end with the eleven minute-plus ‘Black Rabbit‘, a track where everything presented prior culminates in this stellar, stand-alone song. Epic and sweeping, this ending song is perhaps my favorite of the album..the drumming alone is mind-blowing too. It is definitely a highlight where the trio pull out all the stops and strut their stuff so to speak.

In closing, it is easy to see, and hear, why Vangough are so well respected and why ‘Warpaint‘ is such an increasingly popular record. Also, it is no wonder they astounded audiences at ProgPower USA XV in 2014 and why people clamor to see the band live when they can. ‘Warpaint‘ is a contrasting, temperamental opus that possesses riveting music and enthralling content in general. Regardless if you are or aren’t a fan of progressive metal, this album will astound you and make you a fan of Vangough period. – Pat Riot Whitaker