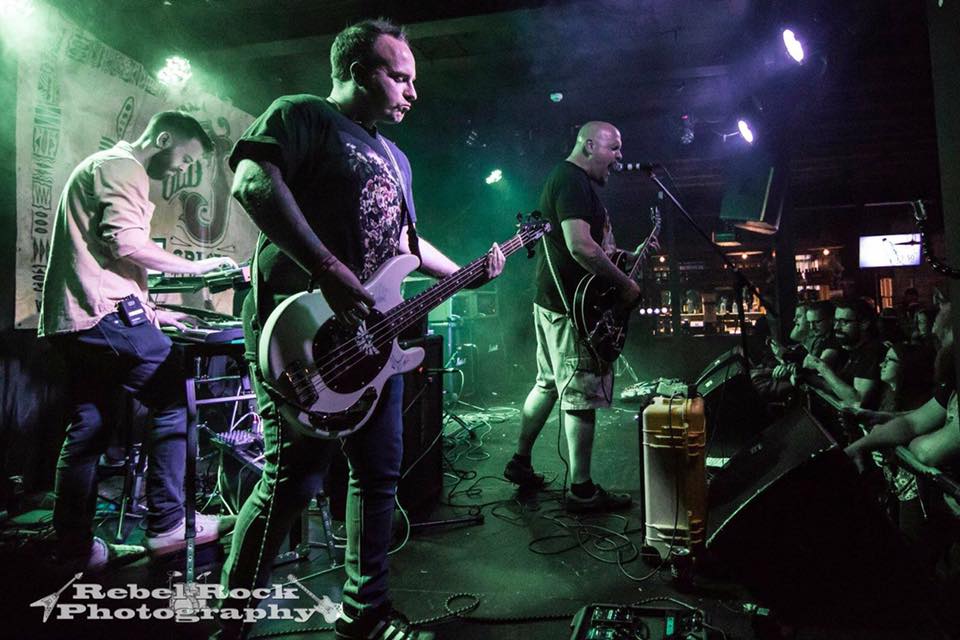 Sergeant Thunderhoof is a group of unsung metal heroes from England specializing in stoner metal.  In May of 2018 following a successful kickstarter campaign, Sergeant Thunderhoof have graced us with their third full-length album Terra Solus and I am happy to say that it does not disappoint.

Stylistically, Terra Solus is about what would be expected of them, boasting a heavy yet melodic variety of stoner metal tinged with a healthy dosage of psychedelia. The album begins with tribal drums and a huge guitar riff in “Another Plane”. Eventually, the vocals enter, showing a marked improvement over their previous album, Ride of the Hoof. On Terra Solus, the melodic vocals of Dan Flitcroft are clearer, crisper, and more confident, showing great maturation of their band.

The production is also much cleaner, resulting in a great sound quality. Each instrument is heard with crystal clarity throughout the whole album and it is a joy to listen to. In addition, Terra Solus is sequenced fantastically- it’s almost as though the album has a complete story arc.

The album also has insane solos and riffs to spare. Guitarist Mark Sayer is really playing his instrument for all it’s worth. There are a ton of great guitar parts straight out of the gate, and the band’s rhythm section gives every song on the album a fantastic groundwork.

All in all, Terra Solus is an absolute killer of an album from beginning to end. It has groove and attitude to spare, and it’s a crime that three albums in Sergeant Thunderhoof still hasn’t gained a foothold. I highly recommend that you check out this album and Sergeant Thunderhoof’s entire backlog if you’re interested in Stoner Metal. Now if only there was a time machine in order to go back and “back” the Kickstarter project…