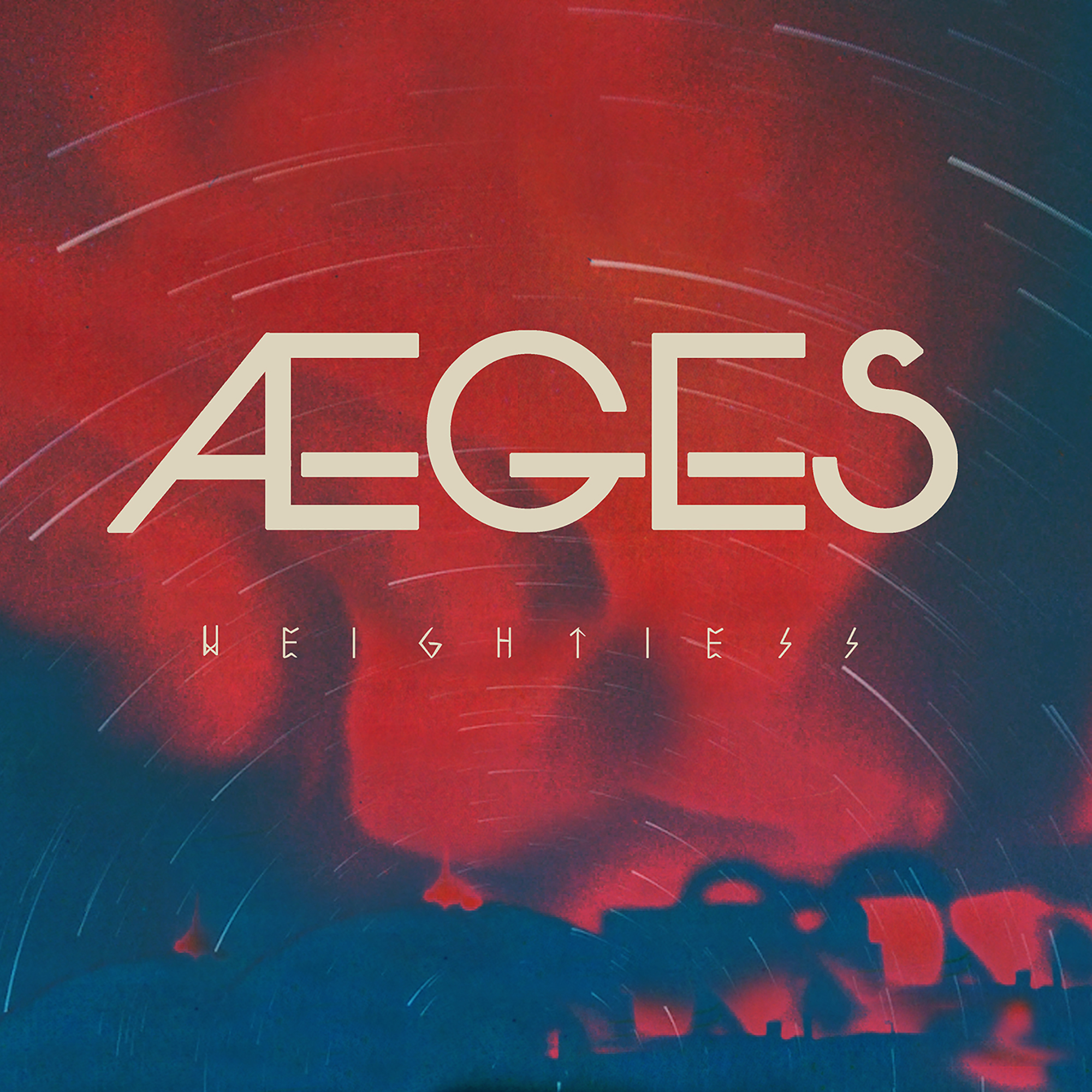 It’s always tough for me to be critical of a band that I love.  However, when I made the decision to start writing reviews again, one of the things that I promised myself was that I wouldn’t pull any punches.  I don’t want to be the guy who blindly loves everything and writes hyperbolic praises of every band that graces his speakers.  I honestly don’t think that’s constructive, and for me personally, when someone does that, I stop reading their reviews, because I know that I can’t trust their opinions.

Which brings us to Aeges.  Since I heard their debut album, The Bridge, I’ve been a huge fan; it combined big riffs with big hooks in such a compelling way, a balance of lightness and heaviness that was right up my ally. Boasting members of Pelican, Shift and 16 didn’t hurt their cause either.  Two of the members were also a part of San Angelus, a pretty straight forward post-hardcore band, and Aeges definitely incorporate elements of that sound.  Interestingly enough, Aeges was apparently formed as a side project because of geographic obstacles with the members of San Angelus – some of the band were in California, while some were in Vancouver.

Their sophomore album, Above And Down Below upped the ante, expanding this formula into an axiom.  They’d changed guitarists and added a dual vocal approach.  As a result, the interplay of the vocal hooks and the heavy riffs is just brilliant.  Every song is chock full of both of these elements, and it’s just a recipe for an album with staying power that deepens with every listen, in my experience.    Their songwriting had drastically improved from the first album to the second.  The rhythm section is also pounding and poignant.  I’d list out who plays what for you, however, the “bio” section of their website is down, and their label’s website has a terrible design.  They’ve positioned the text for the bio over a picture of the band, and frankly it’s illegible.  Part of the photo is white or off-white, and the text is also white on top of it.  Who does that??   I can’t read that!! Did they pay a web designer??  I guess I could look up the info on the band’s Facebook, but then again, so can you.  If you’re interested, I suggest that you do so.  Let’s get back to the music; it’s like a wet dream for fans of Queens Of The Stone Age and Deftones, a band that’s heavy as a dump truck full of cement and steel, yet with modern, experimental and radio-friendly characteristics that make them one hell of a crossover act.  The deluxe version even included some incredibly cool covers of Cheap Trick, Corrosion Of Conformity, and Elliot Smith, along with a couple acoustic renditions of album tracks.  It was relentlessly ambitious in approach, arrangement and scope, and it seemed like Aeges were really poised to go places.

This brings us to Weightless, the band’s third album.  First, I really question the band’s decision to include the song “Echoes,” originally the debut track off of Above And Down Below.  I don’t understand the logic of re-recording and including this song, with only a slightly different arrangement and production.  The band stated that they wrote 30 songs for the album.  I’m feeling rather confused, you wrote 30 songs for your new album, yet rather than showcase one of the other 18 songs that aren’t included, you’re going to include the opener from your prior album? As a fan, frankly, I feel a bit cheated, and I really just don’t understand what they were thinking.  Perhaps if they read this, they can let me know.  I’m all for conversations.  If you ever want to question one of my band’s decisions, please, don’t hesitate to reach out.  I’ll be real with you.

Secondly, I don’t like this record as much as Above And Down Below.  It’s fairly obvious what they’re going for – the vocal arrangements are emphasized, and the riffs take a bit of a backseat in comparison.    I suppose that’s fine and dandy, I mean, the vocals do sound terrific and make great usage of Aeges’s two vocalist approach.  However, I’m a guitarist who sings minimally, so I’m biased.  I’ll admit it.  I want to hear the guitars take the forefront more often than not, and that’s sorely lacking on Weightless. The album is aptly named, as for me, it’s simply lacking in the weight of its predecessors.  It’s like they took that same dump truck, and they filled it with Cool Whip instead, because everyone loves Cool Whip. It’s not like there are no heavy riffs and cool guitar parts on Weightless, quite the opposite.  It’s just that for my perspective, the guitar work on Above And Down Below was downright magical and packed such a wallop.  There were more experiments with tone and texture. That album was such a high point for the band, and my expectations were high for Weightless.  This doesn’t live up. It’s even hard for me to talk about individual songs, honestly, because the only one that stands out is “Echoes”, from Above And Down Below, and as I said, it’s a different version that once again plays up the vocals and downgrades the guitars.

Regardless, it’s a great album with well-crafted songs, strong production and remarkable vocal arrangements.  Some people may regard it as their best album, I can see that.  Remember the jump that Metallica made between ….And Justice For All and The Black Album?? This is an equivalent and equidistant leap. Other than the inclusion of “Echoes”, I can’t really point to any glaring flaws other than the tamer production and the overemphasis on the vocals.  I’m wondering if that’s a conscious choice coinciding with their label change, if they’ve got their eyes on the bigger picture of mainstream radio rock success.  If that’s their motive, I have to say that’s a shame, because I’d like to think that their prior approach was strong enough to give them radio play.   I’m also wondering if rather than writing 30 songs for a new album, they might have been better served focusing more on the intricate details of the ones they chose to include, and had also written something solid enough that they didn’t have to rehash one from the last album.  They’re not BAD songs, don’t get me wrong.  They just don’t possess the weight or the intangible intrepid spirit.  There are not enough risks on this album for me to get totally behind it.  It’s safe as skim milk.  Great art requires us all to drink moonshine straight from the still from time to time.