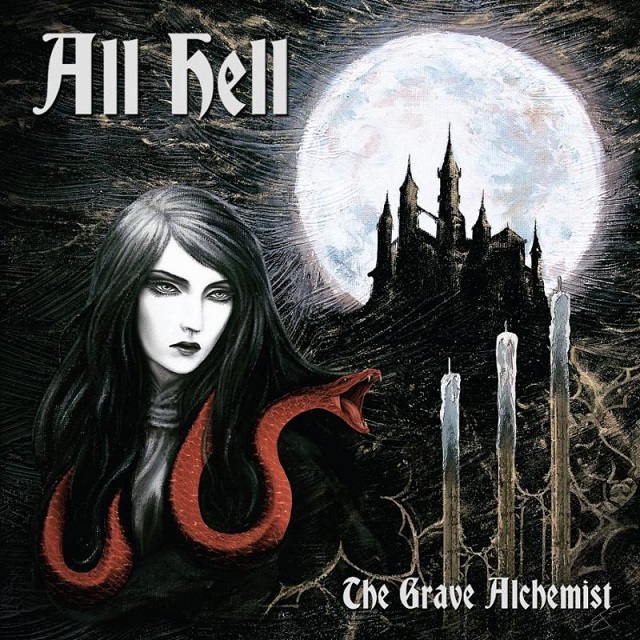 North Carolina-based blackened thrash trio All Hell will issue their Prosthetic Records debut, ‘The Grave Alchemist‘, this Friday, April 14th. It was recorded by Kris Hilbert (The Body) and mastered by Joel Grind (Toxic Holocaust), it will be offered on CD, LP and Digital formats.

Asheville’s occult metallers in All Hell, Jacob Curwen (Vocals and Guitar), Kurt Henderson (Drums) and Erik Ballantyne (Bass) have an evil sound all their own. And guess what? You can hear it on the new album today as it is streaming via a Bandcamp embed here ahead of its release later this week. – Pat ‘Riot’ Whitaker