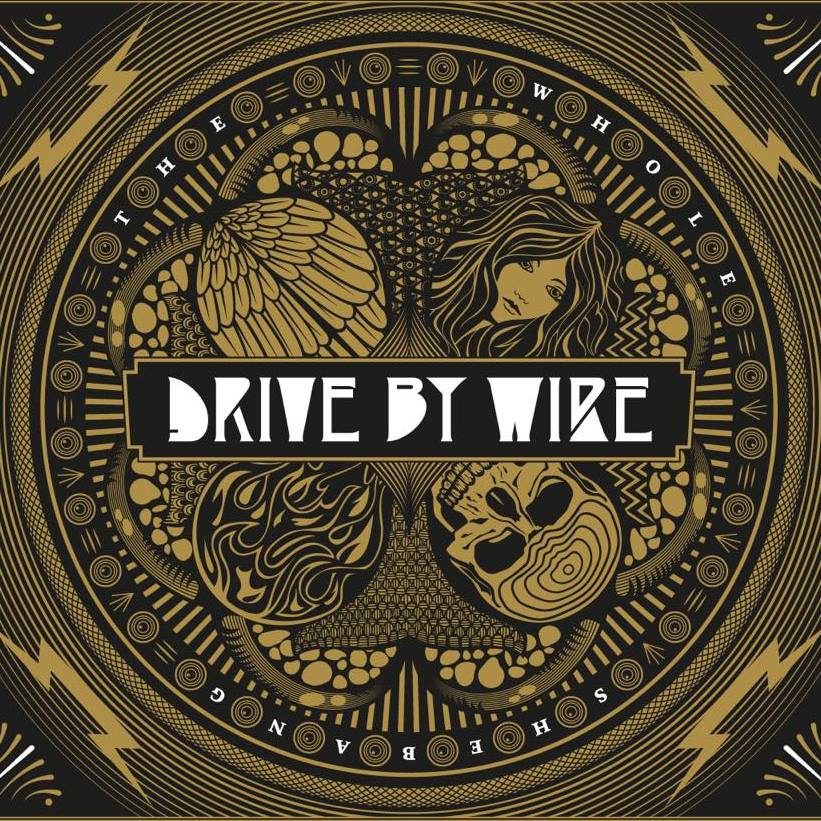 From the heart of Deventer, Netherlands comes the latest studio offering from the hazily fuzzened foursome Drive By Wire, ‘The Whole Shebang‘. Issued just yesterday (May 19th) through Argonauta Records comes this heady, wholesome opus of psychedelia-laden Desert/Stoner Rock. It’s one that is made that much more the powerful thanks to the full-on sultriness of singer Simone Holsbeek. Her vocals, merged with the magnificent musicality provided by Alwin Wubben, Jerome Miedendorp de Bie, Marcel Zerb and Rene Rutten, make this a record that is impossible to ignore.

Drive By Wire manages to distill their inspirations and influences into a warmly organic sound, but one with the urgency and dynamics of 90′s grunge (Soundgarden, Alice in Chains), the sensuality of PJ Harvey and the deliciously heavy psychedelic fuzz grooves of all the great 70′s bands. I am pretty confident in saying that once you start this album to playing, you won’t be able to turn itoff until the last song wraps up…and even then you will probably be inclined to hit Repeat again.

See if what I’m saying is true by giving Drive By Wire‘s ‘The Whole Shebang‘ a precursory spin via the Soundcloud embed below. In the meantime, don’t forget, the album is out right now from Argonauta Records!