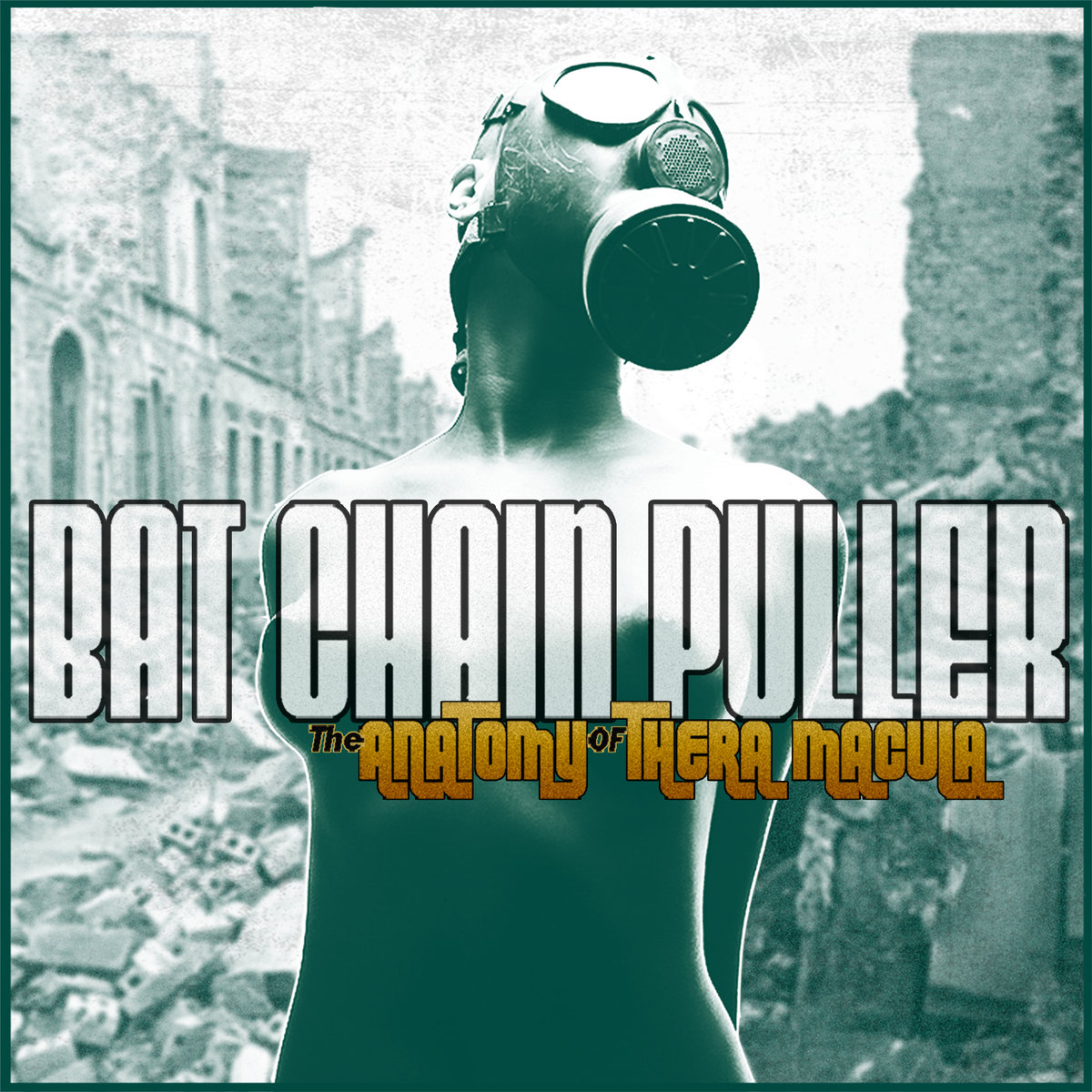 Review:
Bat Chain Puller are fuzzy Stoner Rock group from Bloomington, Illinois. I use the adjective fuzzy because; as they explain it themselves, [We are] “Specializing in fine handcrafted metal that is fuzzy […] even before you bake…” (From their Facebook page). Their name is likely in reference to the album(s) by Captain Beefheart. The band have two previous releases; the first being a studio album from 2012, “One Million Tomorrows” and the second being a single (that is the first track off of this album with an altered time from 2016,) “Perversions of the Anti-Ego”

I could not find any direct pictures that the cover is made of. I am guessing that it takes place in either World War II or after some nuclear fallout. I say WWII because of the gas mask the model is wearing and because the background looks European. (Which leads into…)

Track 1. “Perversions of the Anti-Ego” – This is the single that was released a year before the album came out. It is Black Label Society-ish sounding; slow, it keeps the same tempo for most of the song until the last few seconds where they pick it up barely and once they hit the last note it fades out.

Track 2. “On Pilot Wave” (Favorite track) – I will elaborate more below but I feel that this should have been the single they chose from the album. It is Bush-ish sounding; abstract sounding lyrics, changing tempos, pseudo-Grunge aggression and a good rhythm.

Track 3. “Ostrich” – This is the song where you hear the bass guitar the most and it is what makes me enjoy it. This track is more of a Black Sabbath/Bush hybrid; strange lyrics, the bass keeps the track moving (along with the drums of course)

Track 4. “Nothing Is, But What is Not?”/Track 5. “The Anatomy of Thera Macula”(Best tracks) – These tracks go back and forth between all of their influences. There are brief points of Metal throughout both with points of Progressive Rock and Stoner Rock.  Thera Macula most likely refers to one of the dark spots on Jupiter’s moon Europa. Which just happens to relate back to the cover, because; “Thera Macula is a region of likely active chaos” and that is what the cover and even points of these songs include. 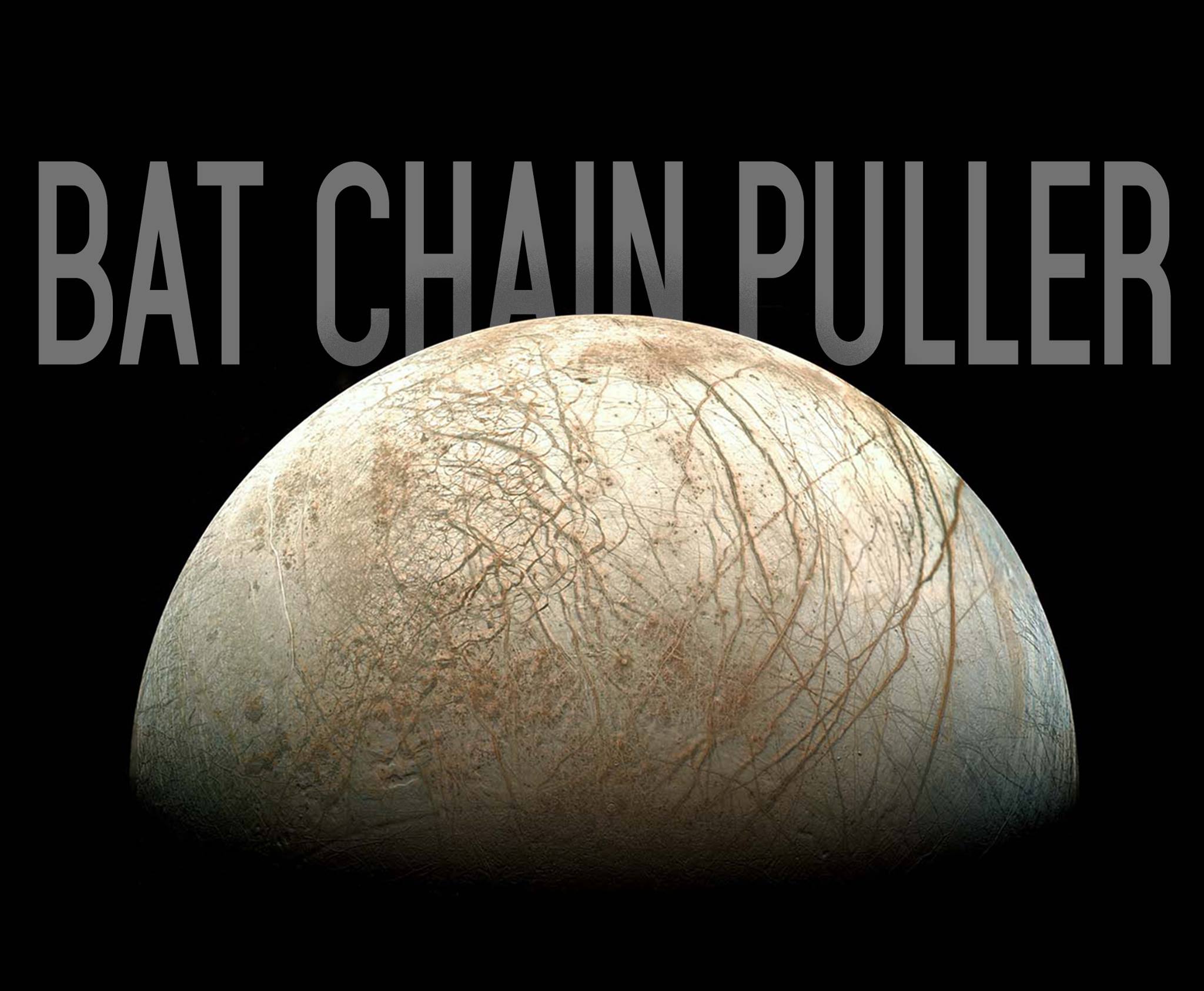 Track 6. “Absinthe Makes the Heart Grow Fonder” (Heaviest song) – This is a close second favorite song. It goes between Bush style lyrics and modern (1990’s-2000’s) radio metal music. The repeating riff and how the guitar is the fade out at the end.

Track 7. “Neon Spiral Hydra” – This is a close relative of tracks 4 and 5 but different enough to where it doesn’t fit into the one song scheme. The song is very close to newer Alice in Chains.

Track 8. “Glory Whole” – Very Alice in Chains with hints of Layne Staley vocals. The way the vocals are layered is reminiscent of how AIC do theirs.

The drumming is the highlight of the album to me. Strangely enough; this album reminds me of Bless the Martyr Kiss the Child by Norma Jean, but a softer Rock version. Even though I feel the album has more of a Metal feel than a Rock feel. Tracks 4 and 5 serve best as one track. In these two the band creates a world that showcases their influences and shows the talent that they have as composers. Other than the 10 minute plus tracks this is a good biker album. Tracks 4, 5, 6, and 8 are the highlights.

If there is anything to complain about it is that it’s not heavy enough! At some points when they are building the soundscapes, I kept expecting some rapid fire drums or a speedy guitar solo, they teased it a little bit. Also “On a Pilot Wave” should have been the single, even if it would have to be shortened for radio play. (But these are personal gripes, not a musical one.)

Overall, Bat Chain Puller puts on a stellar performance with “The Anatomy of Thera Macula.”  Definitely get a copy of it!  Take a listen here and buy the DD or CD