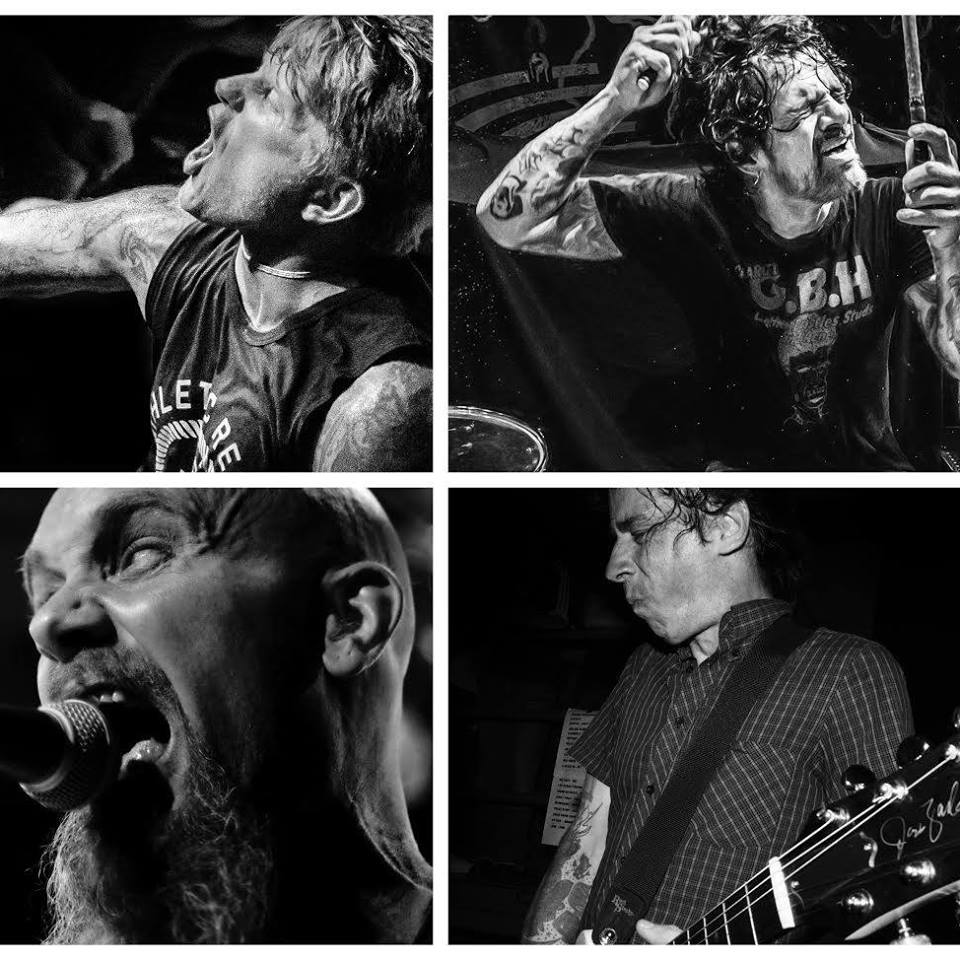 The revival of the band Bloodclot is something I have been extremely excited about since I first learned it was happening awhile back. Not only because the iconic vocalist John Joseph of Cro-Mags fame has reactivated the band but because of who has joined him in this latest incarnation of it. Alongside him in Bloodclot circa 2017 are guitarist Todd Youth (Youth Of Today, Warzone, Murphy’s Law), drummer Joey Castillo (ex-Queens of the Stone Age, Blast!, Sugartooth) and bassist Nick Oliveri (ex-Queens of the Stone Age, Dwarves, Mondo Generator)! The band has announced that their upcoming album, ‘Up In Arms‘, is due to be released on July 14th via Metal Blade Records. A Lyric Video for the album’s title track is streaming below and Joseph recently commented on the band’s mission statement more or less saying:

“In this band we’re doing what each of us have always done: give it our all,” John Joseph states plainly. “We work hard, and we have a lot to say. Look around the planet – people are fed up with the corrupt ruling class. They destroy the planet and kill millions for profit, and the formula for our response is simple: Anger + applied knowledge = results. Don’t just bitch. Change it.”

To accompany this fantastic news is some other cool news, that Bloodclot will be hitting the road on a touring run with Negative Approach. Here are the scheduled dates so far: