The French psychedelic sonicnauts in Mars Red Sky will release a very limited edition 12″ EP titled ‘Myramyd‘ on June 17th. This brand new track was recorded and mixed live on analog tape at La Nef venue in Angoulême, France. Limited to 500 copies, 200 of them will be numbered and come as a special “Hellfest Edition” bundle, including a unique silkscreen created by French design team Arrache Toi Un Oeil, a totebag and other goodies.

The artwork and layout for ‘Myramyd‘ were designed by Carlos Olmo. Pre-orders for this must-have collectible are open now at this location.

The crushing, deathly doom band Vallenfyre, which features members of Paradise Lost and My Dying Bride members, has unleashed a new official video. The clip is for the track ‘The Merciless Tide‘ from the band’s just-released third album, “Fear Those Who Fear Him”, which came out on June 2nd from Century Media Records. The band Vallenfyre is the brainchild of Paradise Lost guitarist Gregor Mackintosh who is joined by guitarist/bassist Hamish Glencross (ex-My Dying Bride) and drummer Waltteri Väyrynen.

Mackintosh spoke about the new song and video saying:”‘The Merciless Tide‘ is about the relentless march of time and also wishing you could be in someone else’s shoes to save them suffering. In the video, we see a man going through immense suffering over a long period of time, never being able to grasp the things he craves, whilst faceless tormentors observe in indifference. This is incredibly grim, so enjoy.”

‘Fear Those Who Fear Him‘ was once again produced by Kurt Ballou (Converge, Nails) at GodCity Studio in Salem, Massachusetts and mastered by Brad Boatright (Obituary, YOB, Beastmilk) at Audiosiege Mastering in Portland, Oregon. The cover artwork was created by Hal Rotter.

“Fear Those Who Fear Him” was released as gatefold LP+CD on limited colored and regular black 180-gram vinyl, as special edition digipak (international version), jewelcase CD (Canada, USA, Mexico only) and on all digital/streaming platforms.

‘The Merciless Tide‘ is the latest visualizer from Vallenfyre and follows the previously issued ‘An Apathetic Grave‘ Lyric Vido and ‘Kill Your Masters‘ Official Video, both are streaming below.

‘Fear Those Who Fear Him‘ track listing:

1. Born To Decay
2. Messiah
3. Degeneration
4. An Apathetic Grave
5. Nihilist
6. Amongst The Filth
7. The Merciless Tide
8. Dead World Breathes
9. Soldier Of Christ
10. Cursed From The Womb
11. Kill All Your Masters
12. Temple Of Rats 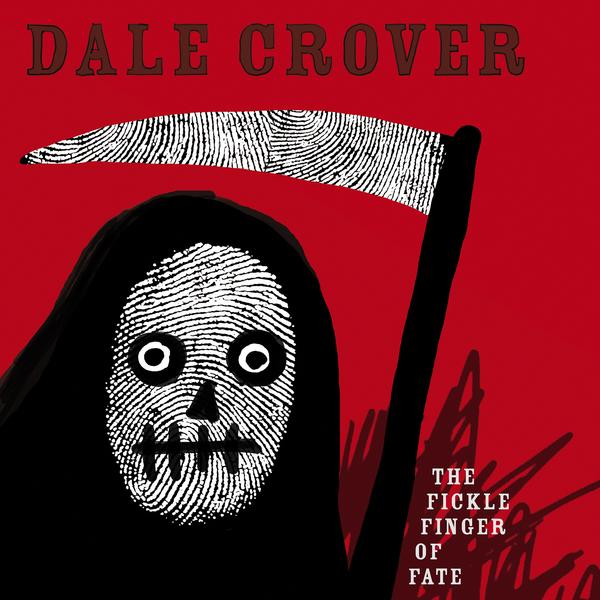 In what is sure to be a highly successful touring trek, the industrial metal band Pain, led by the multi-instrumentalist/producer Peter Tägtgren (Hypocrisy, Bloodbath, Edge Of Sanity) will tour North America for their first time ever this year. The band will be direct support to Orphaned Land on a run that also features Voodoo Kung Fu as openers. The tour itself will commence the day after an anxiously awaited performance at ProgPower USA 2017

“Painheads of America and Canada! We’re happy to finally be doing a North American tour together with Orphaned Land. Be there or be square. It might be the only chance to see Pain on this continent!: 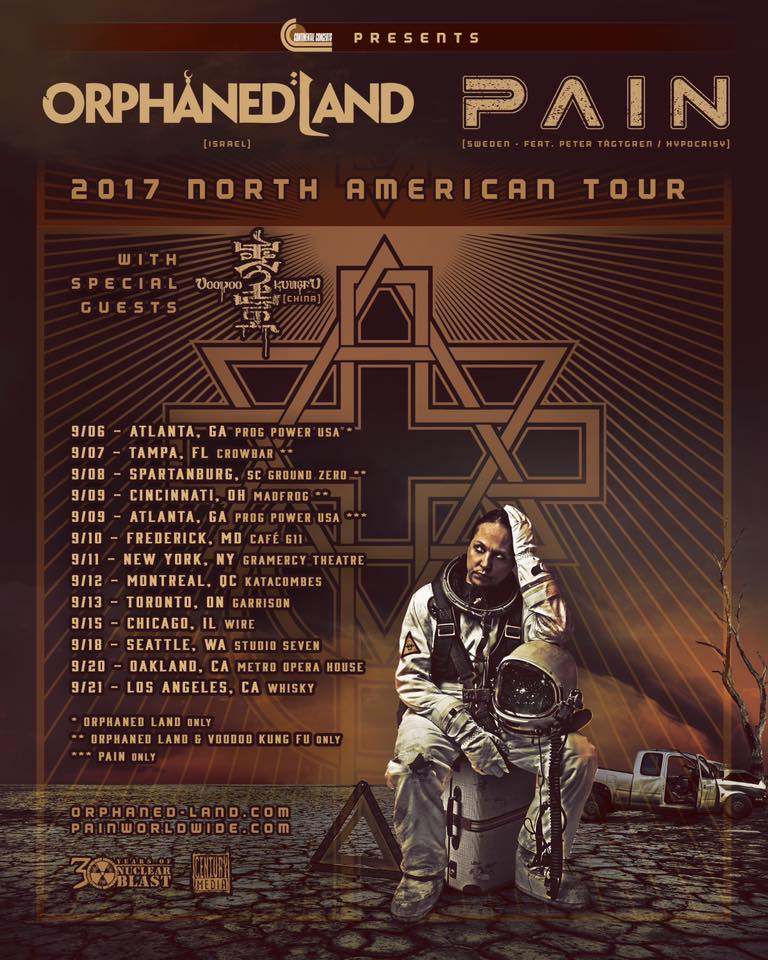 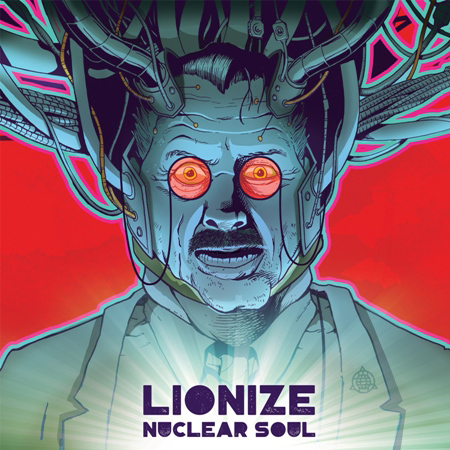 Vocalist Sol Bates commented on why this particular song was selected to share with fans saying: “‘Sickle & Scythe’ is the darkest song we have written to date. Lyrically it deals with blind faith, cult practices and death. The song is also meant to take the listener on a journey of our musical direction from our past albums to the next full-length album: We start out with more of a thrash style, then the middle/chorus gets into more death metal, ending with more of doom feel.  The upcoming full-length will explore more of that doom side of our sound.”

You can purchase Green Death‘s ‘Pure Torture‘ right now at this location. (Digital platform-based releases have been delayed until June 9th). 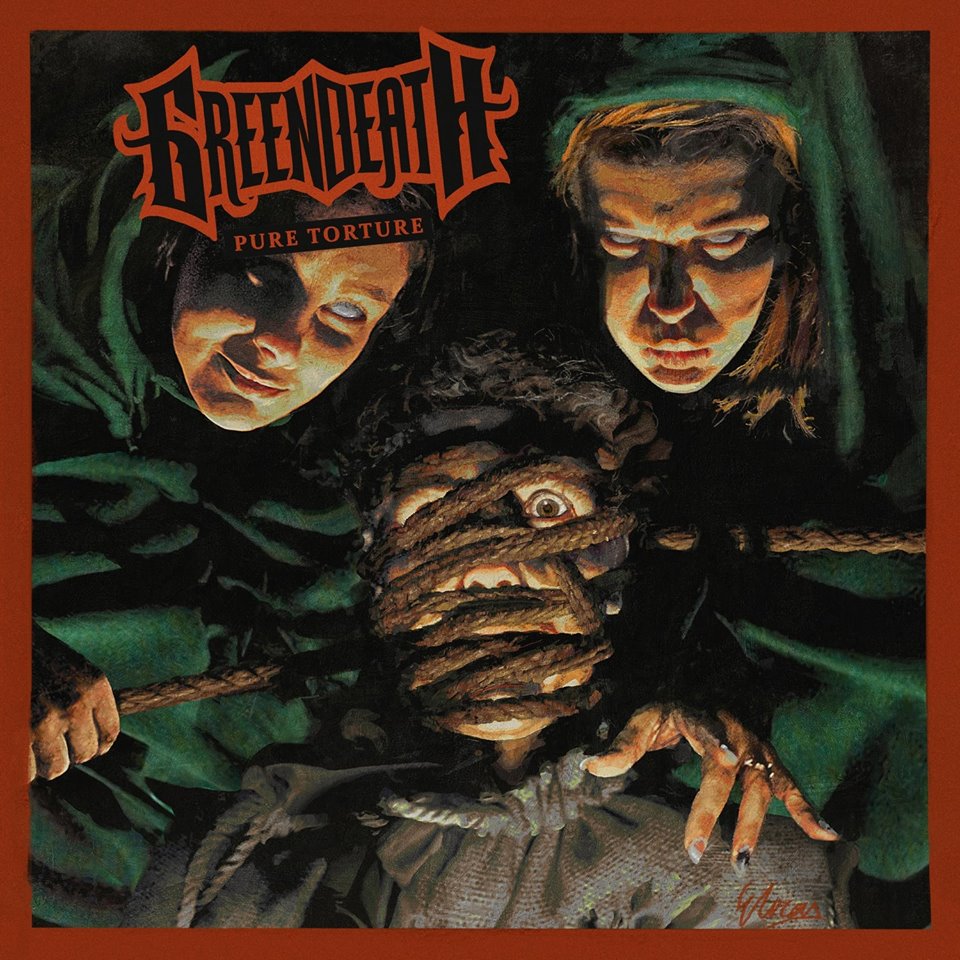 The avant-garde musical technicians known as SikTH just released their latest album, ‘The Future In Whose Eyes?‘, via Peaceville Records on June 2nd. To celebrate the latest effort from one of metal’s more eccentric, most unique units, Taste Nation LLC is pleased to present you the new album streaming in full below. You can also purchase the album at this location. 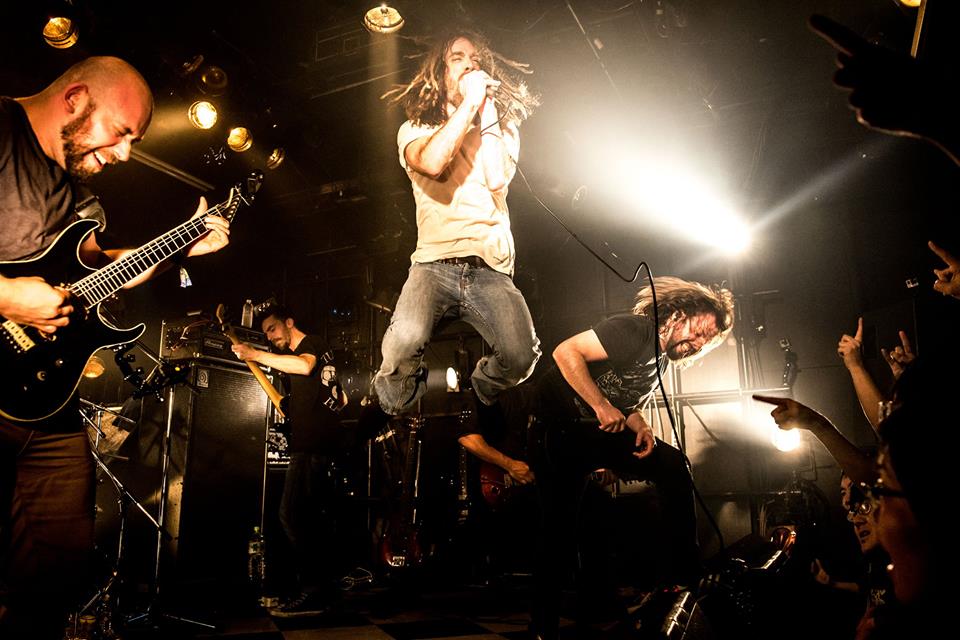 Legendary guitar virtuoso Marty Friedman has revealed the details of his next studio release, ‘Wall Of Sound‘, due this August 4th from Prosthetic Records. Produced by Friedman, engineered by Paul Fig (Ghost, Rush, Alice In Chains) and mixed by Jens Bogren (Kreator, Sepultura, Opeth), the disc “expands and destroys any conventional notions of instrumental music,” according to a press release. Two particular tracks, ‘Streetlight‘ and ‘For A Friend‘, were specially mixed by guest contributor, the famed producer for Queen, Mack. The song “Self Pollution” can be streamed below.

All “Wall Of Sound” preorders come with a laminate good for one VIP meet-and-greet to Marty’s 2017 U.S. tour. **Please note** this is not a ticket to the show.

Marty commented on several aspects of the new album saying: “This time it’s even more ambitious than that album was, a bit more dense, and, with any luck, more exciting for those of you who will hear it.”

He added: “There will be elevent or twelve songs in total. Sometimes a song you really love doesn’t make it to the album because it doesn’t fit nicely in the sequencing. Either way, we’re pushing sixty minutes, so it won’t be a short album.”

Regarding how the collaboration with Jinxx came about, Friedman told Guitar World: “I’m a big fan of Jinxx and Black Veil Brides. He came to my show in L.A. in 2015. Right after that, I was told that he plays violin. I didn’t even know that! Then light bulbs went off. I thought now’s the chance to really turn some heads by doing something that’s a little bit, well, a lot, unexpected to my fans and his fans.”

Tuetonic titans of tumultuous thrash metal, Germany’s Accept, will return with their fourth outing for Nuclear Blast Records on August 4th. Titled ‘The Rise Of Chaos‘, will continue the tradition of its most recent three predecessors – Blood Of The Nations, Stalingrad, and Blind Rage – with grandeur and precision. The longrunning, legendary band seem to only be getting better and better with the passage of time and it is safe to say the new album will bolster that fact.

Guitarist Wolf Hoffmann comments: “The Rise Of Chaos is something I have been thinking about often. Wherever we go – there is some hidden as well as some visible destruction and it kind of changes the world we know. What was there today – can be gone tomorrow and it’s somehow irritating, because it happens on so many levels and no one knows what comes next. The cover is our last stage set – but now clearly “destroyed” – like… after a catastrophe”

The Rise Of Chaos tracklisting:

And if this wasn’t enough, Accept will celebrate the album’s live premiere exclusively on August 3rd, on the day before its release, as a part of a special show at Wacken Open Air, Germany.