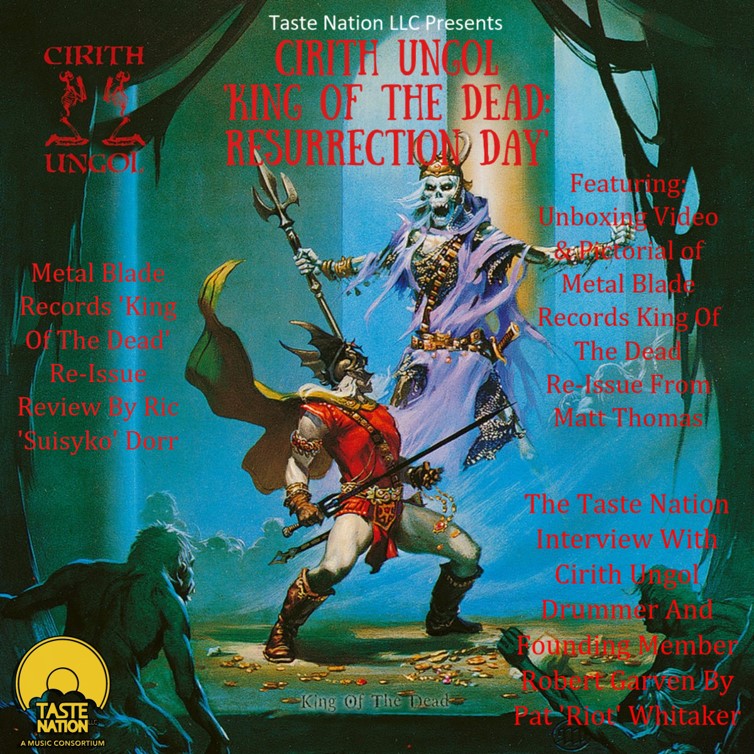 This re-issue is a welcome gift to the fans they have been accumulating since the first incarnation of California based Cirith Ungol in 1972 and have been growing ever since. If you have never experienced all that IS Cirith Ungol, let me give you a quick history lesson. Greg Lindstrom, Robert Garven, Jerry Fogle and Pat Galligan played together in the band Titanic, their first band in junior high school. With a growing desire to play heavier music like that of bands like Mountain and Grand Funk Railroad, the band parted with Galligan and reformed in 1972 as Cirith Ungol. They played original, instrumental songs before adding Neal Beattie on vocals. By 1976, Beattie had departed and Tim Baker took over vocal duties in 1976. The band was signed to Enigma Records in 1980 where they issued their first album “Frost & Fire”, composed of songs in the style they had become known for and complete with fantasy-based lyrics (particularly sword and sorcery). The band pioneered a style of music that has become known by tags as “early epic doom” and “power metal” today. Their second album, “King Of The Dead”, was released in 1984 with eight songs, followed by “One Foot In Hell” (1986) with another eight songs in much the same vein. They disbanded after their fourth album “Paradise Lost” was released in 1991 due to “…frustration with the music business” by their own admittance.

Per the band’s Facebook page, the band took their name from the mountain pass Cirith Ungol in J. R. R. Tolkien’s epic fantasy novel “The Lord Of The Rings”, as the name translates from the Elves’ native tongue as “Pass Of The Spider.” While the place in Tolkien’s book is pronounced “kirith ungol,” the band pronounced it “sirith ungol.” Surviving members of the band came together for the 2015 Frost And Fire music festival in Ventura, California, in their first public appearance as a band since 1991. There they participated in a meet-and-greet, signing items for fans and announcing that they would re-unite for the 2016 Frost And Fire event, playing their first live show since December 13, 1991. Leading us to this amazing package for those of us that have been fans of theirs from some point in the history of this iconic early thrash/doom powerhouse, as well as the new fans that deserve to have their appetite fed with the revitalized original tracks and then feast on the extras!! 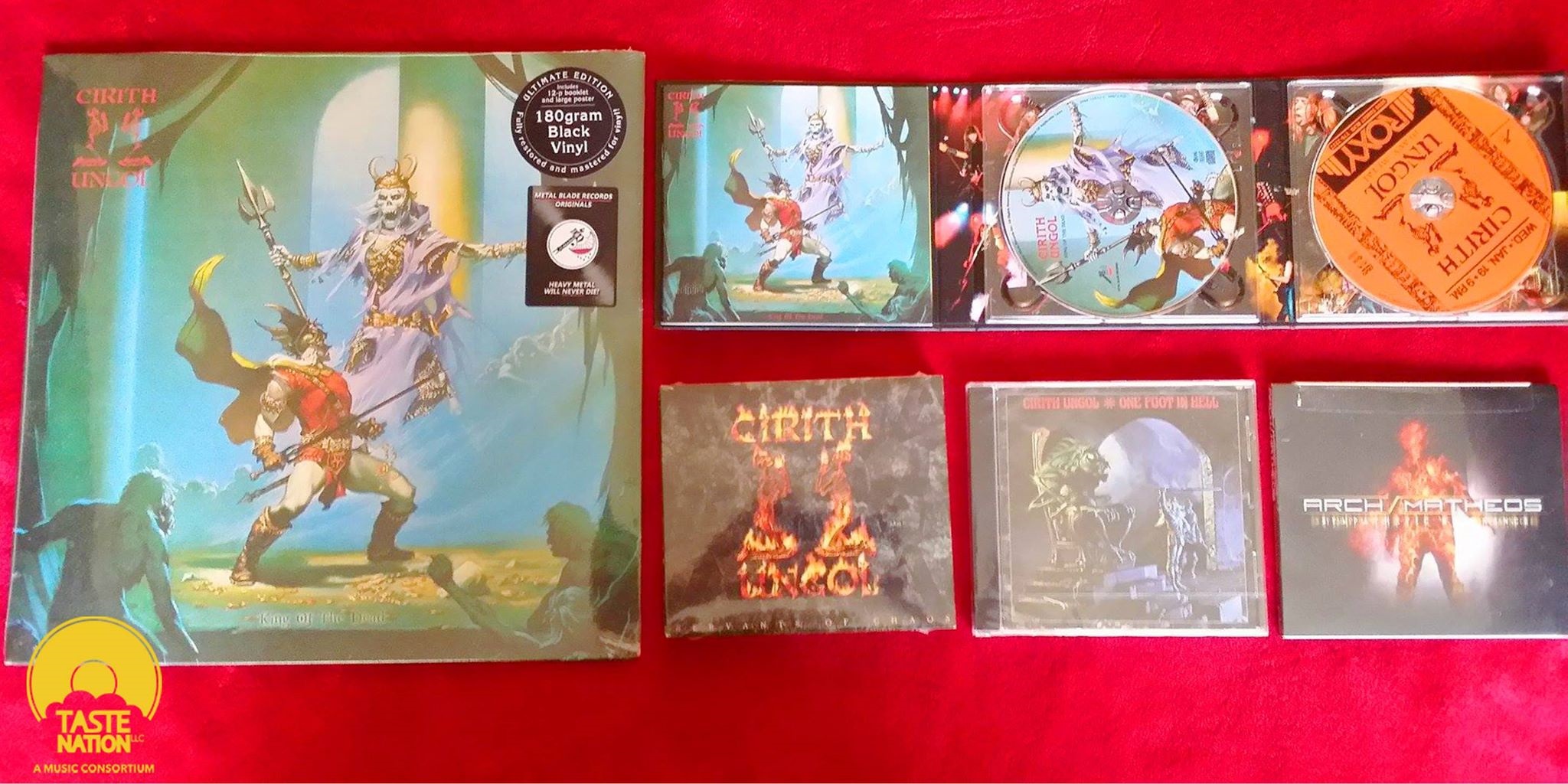 With these remastered tracks, there is a new life from each, from ‘Atom Smasher’ to ‘Black Machine’, through ‘Master Of The Pit’ to the fan-favorite ‘King Of The Dead’ title track.  The rich tone and ripping guitar edge are enough to literally sink your teeth into as Tim’s signature vox rip through your flesh as ‘Death Of The Sun’ and ‘Finger Of Scorn’ raise your pulse even faster. For the digipak version, there is a second version of ‘Tocatta In D’ that is done as ‘…Dm’ and has a feel of a new version. There are also more audible notes than the original, it clocks in longer and sounds like the perfect update, even if only a remix from the masters. That is followed by the theme song for the band that is as heavy now as back then but with an even cleaner sound, the title track from the first ‘Frost & Fire’. This ‘expanded’ version of the release has a remixed version of that title track from ‘Frost & Fire’ that is just incredible. The digi version has 4 live performances from 1983 and an extra “alternate mix” of ‘Death Of The Sun’ that RIPS like razors. “The King Of The Dead – Ultimate Edition” digipak CD features a full re-mastering by Patrick W. Engel at Temple Of Disharmony, the five bonus tracks, expanded packaging and a bonus-DVD! Get it NOW and take the ride again… or for the first time and share it out to any that do not know…