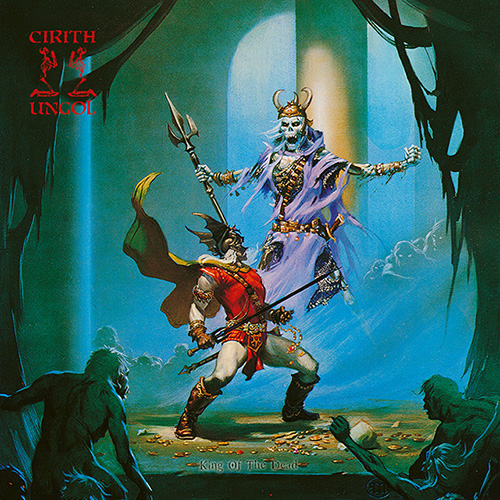 The legendary U.S. proto-doom band Cirith Ungol are preparing to play their first ever show on European soil,  the Keep It True festival in Lauda-Konigshofen, Germany the last weekend in April. To coincide with this historic event, Metal Blade Records will release the Ultimate Edition of Cirith Ungol‘s King Of The Dead album, on that same weekend of April 28th.

The King Of The Dead – Ultimate Edition digipak CD features a full re-mastering by Patrick W. Engel at Temple Of Disharmony, five bonus tracks, expanded packaging and a bonus DVD. The LP will be released as part of the Metal Blade Originals series; featuring 400 g spine sleeves, a 12-page booklet and an A1 sized poster, the vinyl was also mastered and fully restored by Patrick W. Engel in January 2017. This version reflects the original sound of the 1st vinyl pressing, released on Enigma in 1984.

The King Of The Dead – Ultimate Edition tracklist: