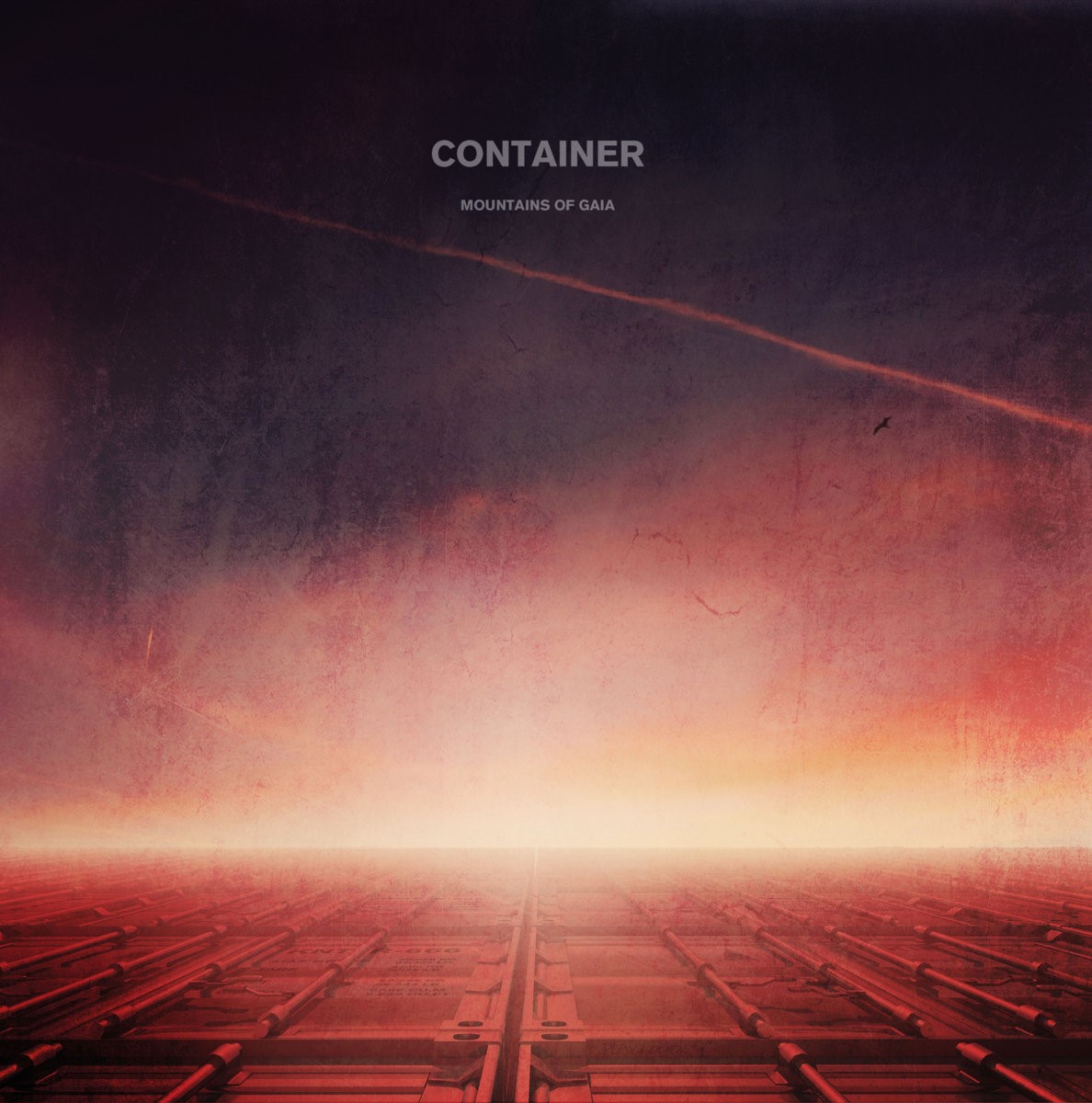 Review:
One might expect and album that opens with a piano excerpt from “Entry of the Gladiators”, more commonly known as the song they play at the circus as the clowns pile out of their tiny car and climb on their unicycles to juggle bowling pins, or break into a tumbling routine or whatever else clowns do… well you might expect an album that opens with this to be a bit of a joke.

But you’re not quite right. While Mountains of Gaia does have its fun moments, most are relegated to the opening track which is appropriately named “Circus”. Once the piano fades behind the percussion, the bass takes over, carrying the tune while distorted screams point us in a different direction. Thankfully, the screams give way to more melodic, though still filtered, singing. Really, this is where the lightheartedness goes out the window and we begin a musical adventure.

“Backstabber” takes us to a completely different locale of Container’s sound with a little 70’s Black Sabbath worship and an edge all their own. It’s a bit stoner and a bit “garage”, as they put it. It’s clear listening to the band that this was recorded in a studio, but I still think garage is a very apt term to describe a certain rawness or lack of refinement in Container’s style.

“Challenger” is an 8 minute, long, slow piece that musically reminds me of the Doors. Maybe Riders on the Storm or LA Woman, but then there’s some spoken word reminiscent of Rage Against the Machine, if you can imagine these two together. That’s only the first couple of minutes. It picks up with more of a Vol. 4 ambiance before slowing again to that Doors-y, wandering-through-the-dessert-on-peyote feeling with one last increase in pace to close it out.

Even though we’re only about halfway through, it’s hard now to look back and remember the silliness Mountains of Gaia opened with. The album leads us down a path of variety with different tracks blending the (aforementioned) base elements, stoner rock & “garage rock”, with a touch of post-rock, punk and hardcore. The result is an eclectic adventure that might seem to stray yet is uniquely Container. It’s almost surreal how after the 8th and final, the title track, another 8 minute opus taking us through the Mountains of Gaia until the music ends. Surreal, I mean if we decide to press play and take the trip again. We realize we’re started back at Circus. Is it a metaphor?