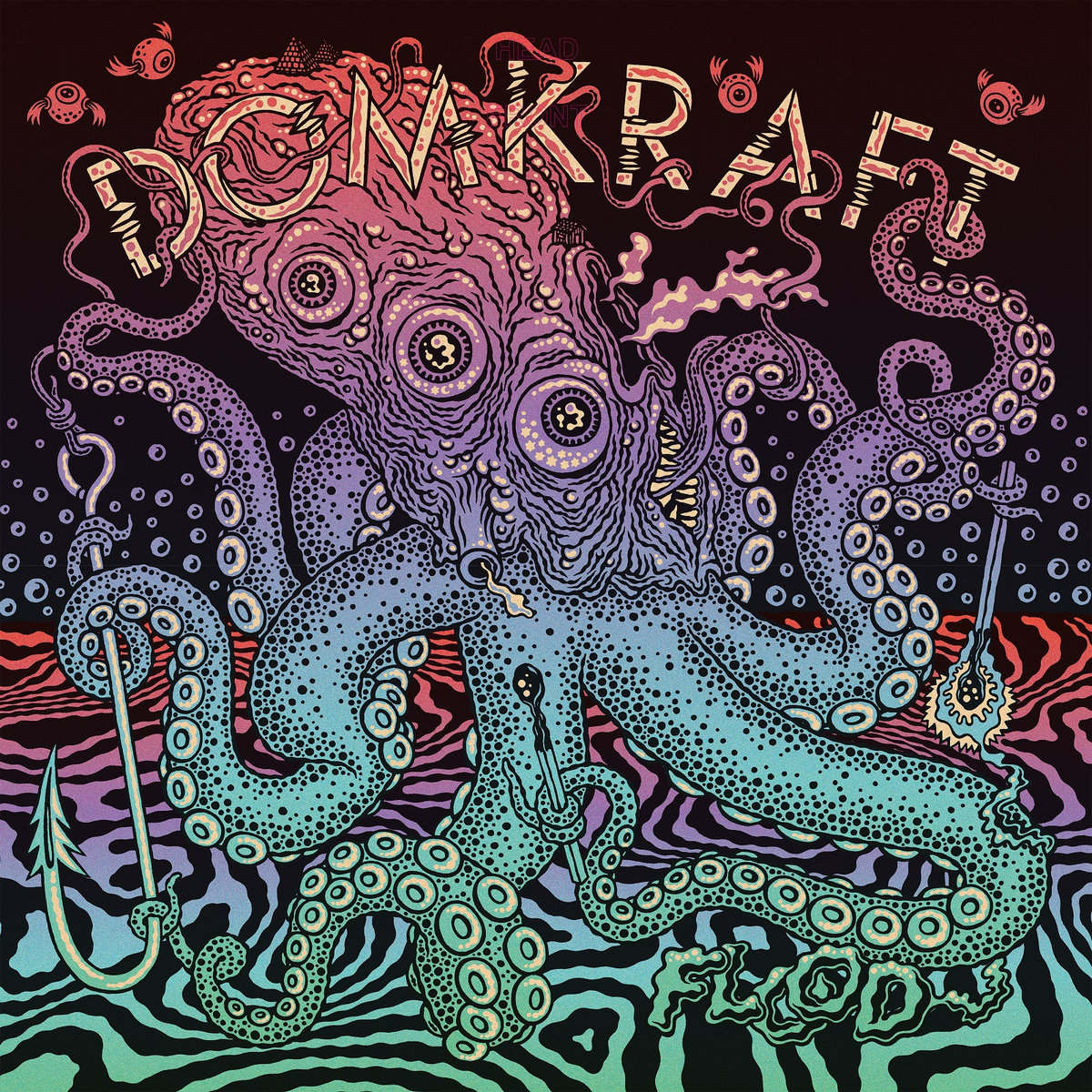 Review:
OK, I’ll admit it… the first question I had was what does the name Domkraft mean?? Translated from Swedish to English, it simply means ‘screw-jack’ like what you would use on a larger vehicle or a house foundation. Hmmm… this can ONLY mean that this is going to be some ultra-heavy shit I am about to immerse myself into. I had not heard of this power-trio until I was handed the album and told to give it a listen. Little did I realize just what awaited me on this true-sophomore effort from this band that describes themselves as simply, “Organic, electric, hypnotic and loud.” And, engage………

Opener “Landslide” wastes no time in getting right down to the heavy riff that knocks you over, complete with the soaring vocals that cascade over the staggered tempos that keep your feet moving during the almost ten minutes.  “Landslide” sets the tone for the rest of the record to follow with a slow fade out, leading right into “The Watchers” with another lead you slowly follow along until the full body of stoner-might pops you in the jaw this time.  Making sure you feel the reeling as you spin in amazement at the sheer force pumping out of this three-man machine that keeps the slice-and-dice routine swirling around you, even as the last chord strings in sustain.

“Flood” is more even tempered and keeps the air shimmering with a bass tone that is ALL enveloping and shows zero sign that it will relent anytime soon, and why would you want it to??

Domkraft….The Calm before that Tsunami!!

“They Appear To Be Alive” comes out nice and sedated and is the sole instrumental contained on this slab of intensity and then after a half second space, “Sandwalker” hits hard again, maintaining the stature of a giant that looms above and beyond as the musical winds whip the air around with a fury not witnessed since, well, the LAST Domkraft record!!

“Octopus” is one of the harder-hitting compositions with the bass-slides and power chords encasing a drum line that fits like a ‘magnum’ and serves ‘this ride’ well. The stand-out track, in MY opinion, “Dead Eyes Red Skies” wraps this masterful-morsel in the perfect foil of musical precision that in it’s HUGENESS of mix, towers above the rest of the album and promises so much yet to come from this triad of mega-power.

I believe this release will be making a lot of ‘best-of’ lists for 2018 and does indeed indicate that Domkraft is set to be in the leagues of their peers with bands like Monolord and Neurosis to name a few.  If you don’t believe me, get your copy, share it ALL around and see what those around you are saying.  Support / witness these guys in a live format if you are given the opportunity and above all else, keep it LOUD!!