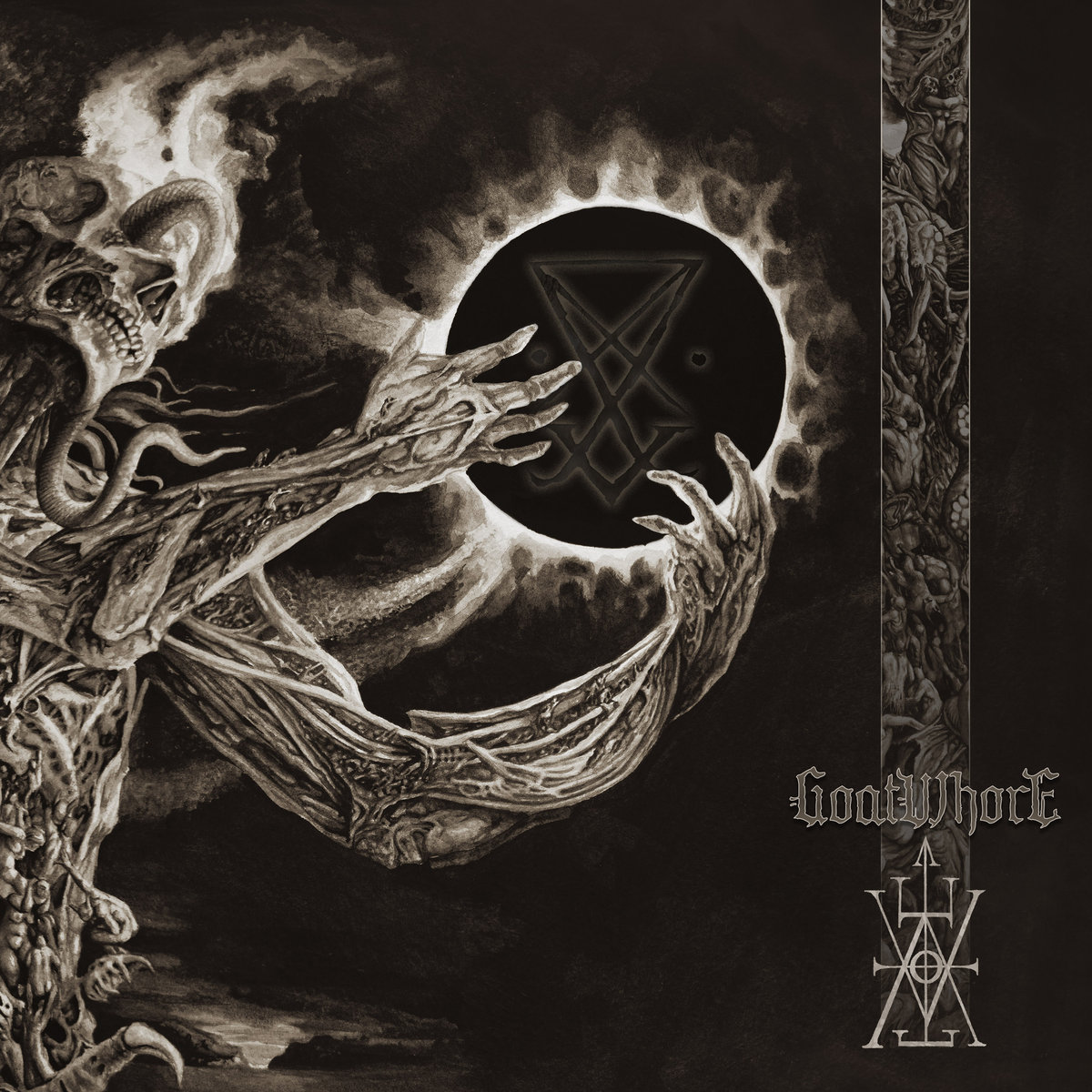 GoatWhore: Just saying the name puts a smile on my face. Say it with me now: GoatWhore. Did you smile? If you didn’t I’m willing to guess you didn’t say it out loud. Maybe you’re on a bus or waiting for the doctor and afraid to be judged? Toughen up a little. PC culture would love to take our GoatWhore away. Are you going to sit back, stay silent and let them take our GoatWhore? Let me hear you! GOATWHORE!

Fuck that feels better! I sure got some dirty looks stopping through white bread America wearing my GoatWhore shirt on my way home from seeing them live at Full Terror Assault. (Check this shit out, best kept secret in American metal). Seeing GoatWhore live has been a treat each time. The energy is electric and these guys know this full well. In fact, according to their Facebook page when they recorded Vengeful Ascension, GoatWhore aspired to match the live experience as much as possible. Let me say, they 100% have the right idea. On one hand, it’s unfortunate that you simply can’t package up the energy of a GoatWhore concert so they’ll never reach this goal. On the other hand it’s fortunate you can’t simulate a GoatWhore concert because you’ll never be able to download it and that means you have to get off your ass and go see them. Each time I have, Ben Falgoust says roughly the same thing (paraphrased): “Get the album. Buy it from the merch booth, off Bandcamp or steal it off the internet BUT come out to a concert and support the band.” So just what are we stealing off the internet?

First the cover of Vengeful Ascension depicts what I believe to be their rendition of Lucifer, having fought his way back from the depths of hell and risen to the earth, clutching the sun and marking it with some sort of magic symbol. He appears to be sucking the energy out of it and into himself no doubt to power himself for impending battle. This imagery seems to hold true to the theme of the album. Straight from their Facebook page, the following is what they intended the album to be all about. I feel compelled to directly quote Falgoust, his words eloquent and clear:

“There’s that whole idea of Lucifer being the anti-hero. He’s cast out from this place in Heaven to the depths of nothing. He keeps trying to ascend to the top again but no matter what, there’s always this significant force trying to destroy him at any point and banish him back to Hell. If you look at it from an everyday aspect in life, it’s the idea of people, hitting the bottom of the barrel or you know, things just aren’t going right in life… emotion plays a huge part in how people react. Whether it’s based on love or hatred or sadness or whatever, there’s always an aspect of emotion that drives people to an extent. So the whole idea of a ‘Vengeful Ascension’ is built on being at the bottom, working your way to the top, and realizing along the way that there’s other facets to the journey aside from just pure retribution. Within negativity there can exist a positive angle as well.”

I would have needed to write a 10,000 word essay to convey this concept. And for this idea alone I would buy this album and use it as a theme to my rise. 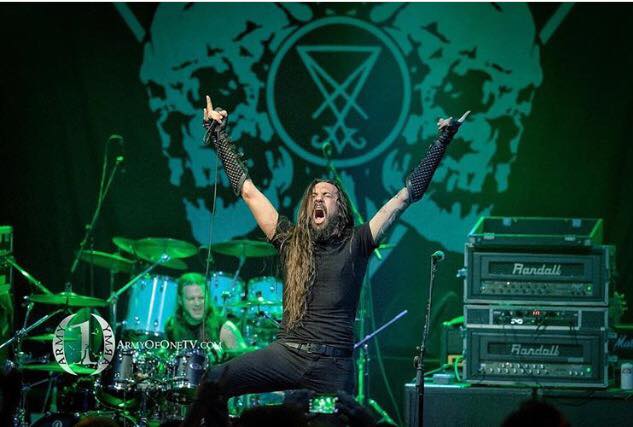 Musically speaking, Vengeful Ascension is very similar to what GoatWhore has been offering up for the past 17 years. They somehow manage to blend elements of several different sub-genres together in order to create their own unique sound. Wikipedia lists GoatWhore as “Blackened Death Metal”, whatever that means. GoatWhore’s Facebook page list them simply as “Metal”, which I feel is more accurate. Album to album, track to track we get emphasis on different sub-genres. Vengeful Ascension leans toward black more so than any.

Track 2, “Under the Flesh, Into the Soul” has elements of speed metal yet mysteriously sounds like something that might have come out of Dimmu Borgir’s playbook. This is one of my favorite tracks on this album and these jerks have not deviated from the practice of giving the most complicated titles to the earworms. Try yelling out “Under the Flesh, Into the Soul” between songs next time you see them live. As if to prove my point, “Mankind Will Have No Mercy” shows up later on the album again with that speed metal feel that I can’t get enough of. This one probably has the least blackness on the album.

They follow this up with the title track, “Vengeful Ascension”. Again, this track is heavy in the black metal but thankfully not without a slightly off-key melody. Later tracks, “Abandon Indoctrination” and “Those Who Denied God’s Will”, are structured very similarly. It allows the track to keep that black metal feel without being boring. 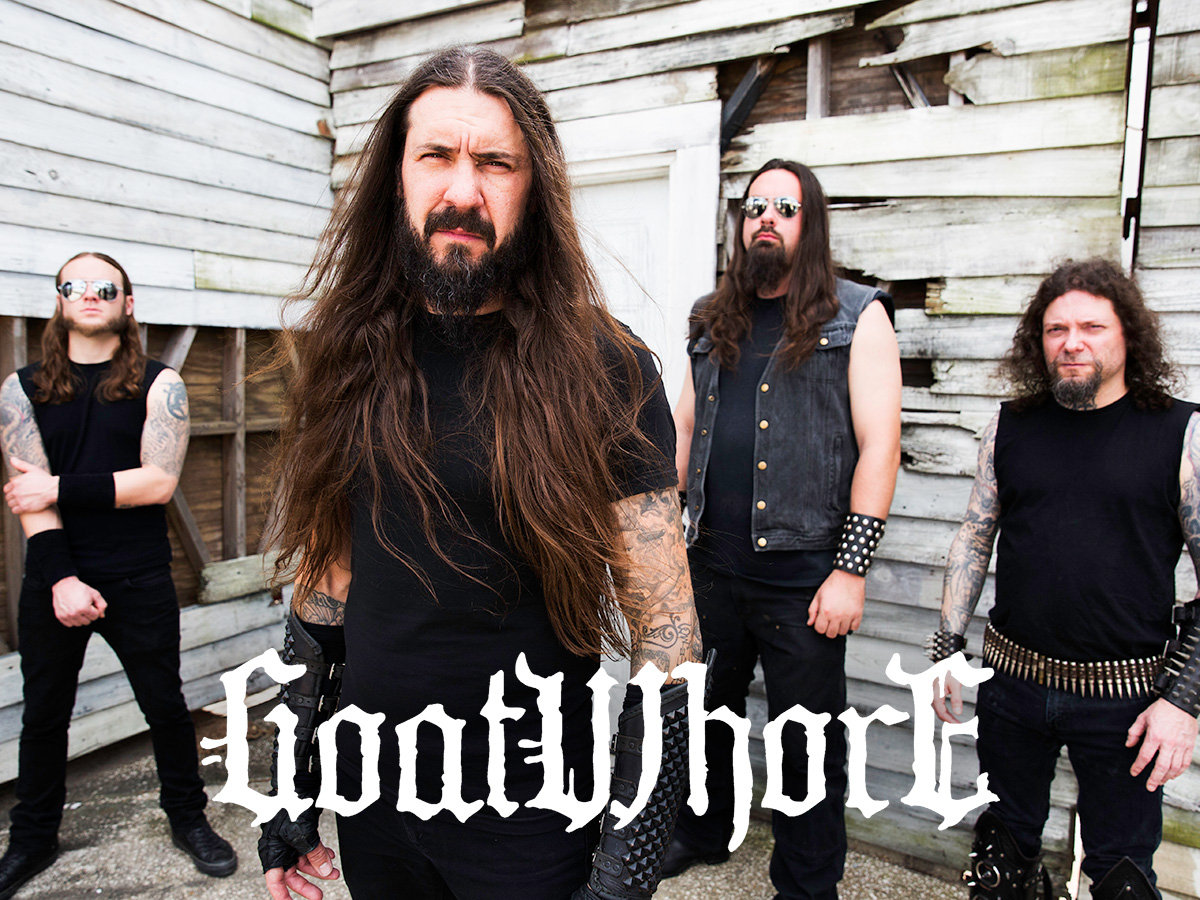 Where the “Sun is Silent” is a slower paced track, thankfully the only one of its kind on Vengeful Ascension. I’ll admit my bias right now; I want to spend my live GoatWhore experience in the pit. I’m getting a bit old so one or two slow ones is a welcome breather. I really don’t have time for any more than that.

In summation, Vengeful Ascension is another great GoatWhore album. The band wants you to hear it and it sounds to me like they don’t really care how. The one caveat is that you go out to the shows. I think that’s a pretty fair deal. For those who just aren’t in the right geographical area or for those who aren’t in a financial position: Go back and review the Falgoust quote above and use it as motivation to bring yourself into a better position where you can afford to get out to a show or maybe plan that trip to the festival you’ve always been dreaming of… where you’re sure to see GoatWhore… and maybe pick up a shirt too.