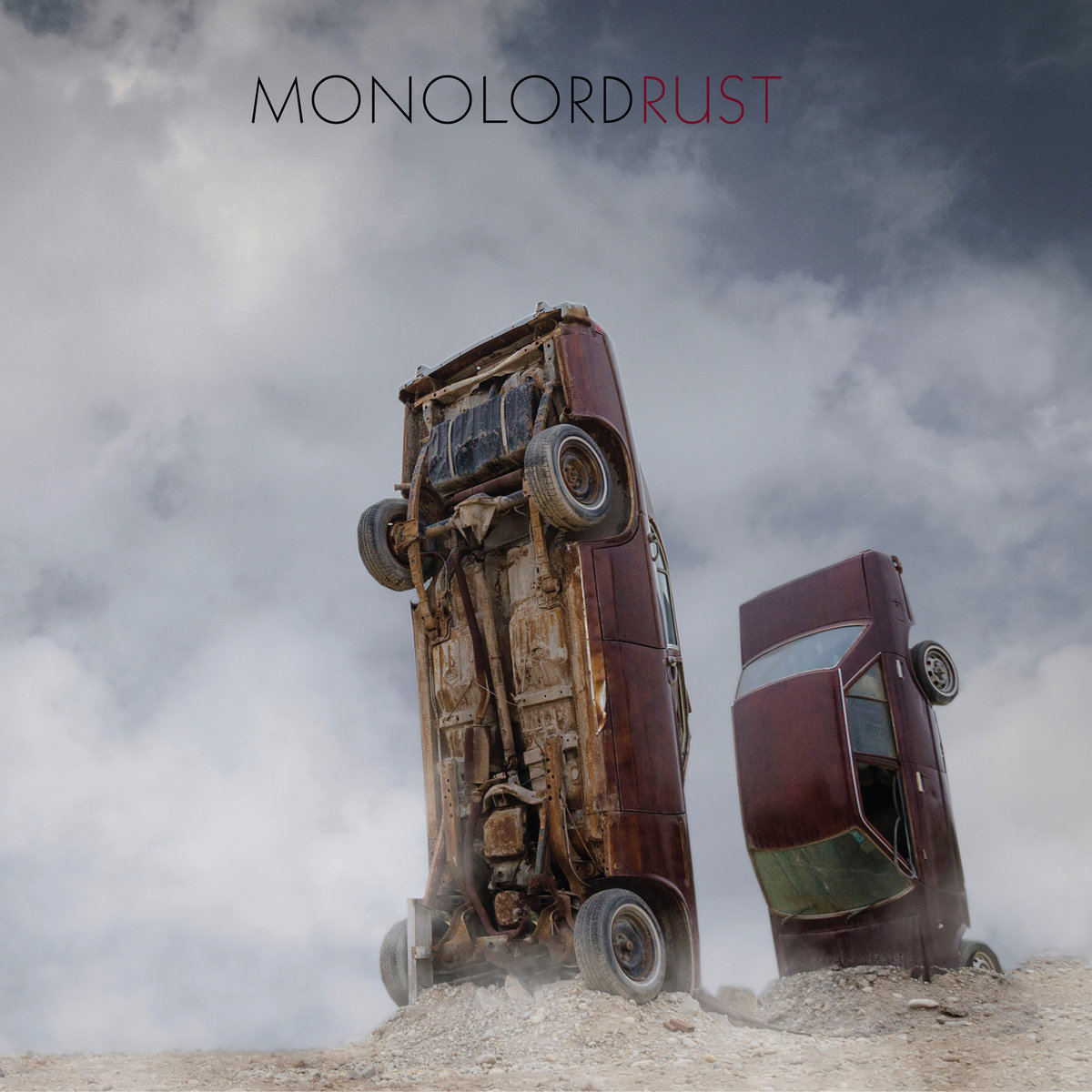 I don’t write many reviews of actual doom albums, for good reason.  It’s a surprisingly complicated subject, not to mention a very personal one.  The whole stoner doom “genre” has a rather rich history, which through inexplicable luck, I’ve been privileged enough to play a small part in.  Like any other “genre” (and I use the word very loosely), it’s tough to pinpoint its exact birth, the point where it all started.  There are obviously precursors, though for me, the first real groundbreaking record of the genre was Sleep’s Holy Mountain.  And what exactly made it so groundbreaking?  It was such a convincing replica of the Black Sabbath model, condensed into a power trio, that even Black Sabbath said that Sleep did it best.  Perhaps you’ll already see where I’m going with this.  Stoner doom isn’t generally about innovation and originality, unless you’re YOB.  It’s more about the VIBE, man….

Sleep once again pulled off a landmark album with Jerusalem/Dopesmoker, which was innovative only in that it pushed the limits of length and repetition to their logical extreme, eschewing traditional songwriting structures in favor of elements from classical composition and Eastern motifs.  Perhaps most importantly, it established the importance of unique tones and massive low end above all else.  It’s largely unimportant from a critical perspective that the album is so monotonous – the repetition actually works in its favor, whereas with other genres, it would not.  Dopesmoker simply punishes, relenting only in shorter, quieter sections.

Other groundbreaking albums in the genre followed suit – Acid King pretty much perfected the combination of fuzzed out post-Sabbath riffs and ethereal vocals on Busse Woods.    Electric Wizard’s Dopethrone pushed the limits of production to the very extreme, with spaced, blown out vocals, hyper fuzzed guitar, unearthly effects and massively distorted bass.  I often deride this album as my least favorite of the Electric Wizard catalog, sheerly because it doesn’t sound GOOD.  However, that was never the point.  It doesn’t sound like anything else that came before it, and that’s why it’s so important.  I remember the first time I heard that bass burst in with that massive riff from “Vinum Sabbathi”, and my jaw literally dropping in disbelief.  Nothing had ever sounded like this up to that point.  Nothing.  Sure, Witchcult  Today sounds much better, Black Masses has much better songs….and Dopethrone will always hold a special place in my heart.  When you get into these groups, there’s only a couple ways you can get out…. 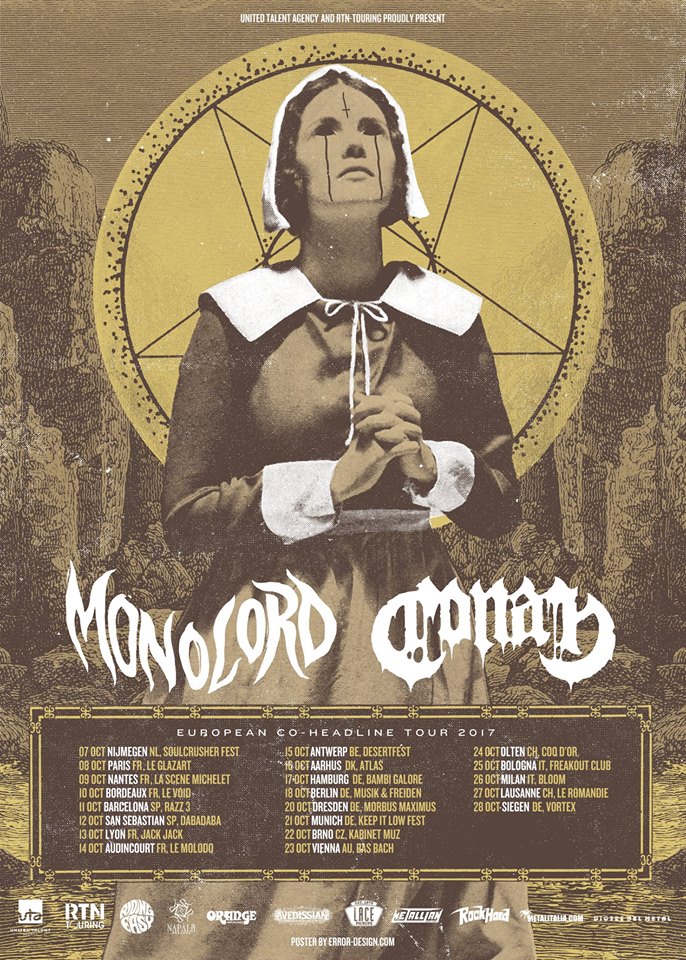 There’s a few other landmark albums I’ll reference for context – Warhorse released As Heaven Turns To Ash, offering a sound that branched into death metal territory, utilized more dynamics and pushed the extremes to which a guitar can be downtuned.  Despite their sole album, they’re always going to be fondly remembered as the band that blew Electric Wizard off the stage when they ventured to our lovely continent on their first American tour.  Around the same time, Sloth borrowed Electric Wizard‘s gear and somehow unveiled a real corker of an album that seemed to stop both time and space in the wake of its gravitational field.  Goatsnake dropped a couple key albums around the turn of the millennium, matching big tone with accomplished vocals and making Sunn 0))) amps a household name and a much valued commodity.  A little later down the line, The Sword’s main achievement was in marketing and promotion, though they did introduce faster tempos and broke away from the established power trio format, utilizing NWOBHM inspired harmonies.  Conan pushed the limits of volume and heaviness with their first release, issuing forth a single-minded and monolithic statement of intent.  Uncle Acid and the Deadbeats injected sugar coated Beatles-eque harmonies into their psych-doom, and frankly, also changed the face of marketing by deliberately cultivating an air of mystery, concocting a lovely yet bogus legend around their origins, and then initially refusing to play live.  This combination resulted in massive hype.

Of course, there’s also the first Black Pyramid album (full disclosure: I am a member of), which for some inexplicable reason made quite a splash at the time.  I don’t know – I just tried to draw influence from these bands, and I also tried to write good, brutal songs that mix things up in terms of tempo and style.  I wrote the lyrics to be evil in a way that I didn’t think evil was fully explored in the genre.  That’s it.  It wasn’t rocket science or anything, and I’ve honestly never fully understood the appeal.  I guess it just hit the right spots at the right time. 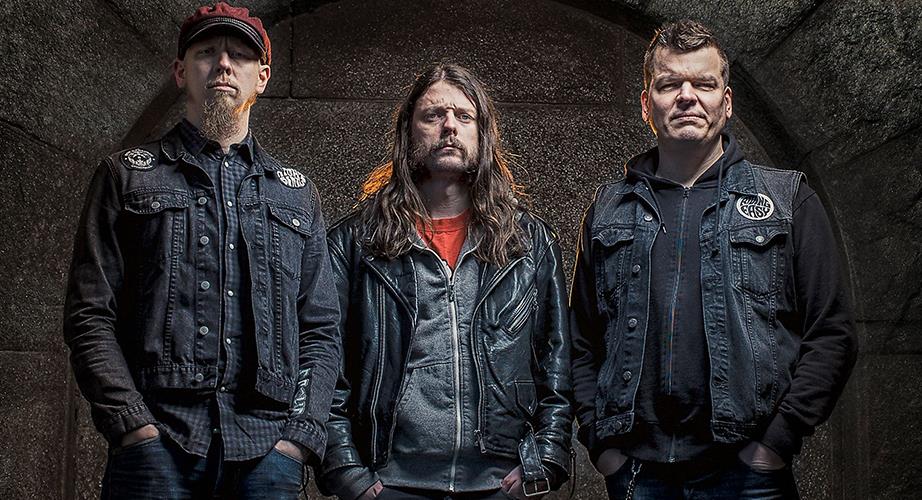 Enough ruminating on the past, let’s fast forward to the present.  It’s 2017, stoner doom is somehow still a thing, and Monolord is the band of the movement.  They are a Swedish trio and their bassist was previously in the grind outfit Rotten Sound, whom I rather like.  The other two were previously in Marulk, whom I’ve never heard.  I suppose that doesn’t matter all that much, as they’re in Monolord now, and I’m writing about them.

What can I say about Monolord?  How do they contribute to the landscape of the genre?  Well, first off, their name is an excellent description of their sound.  Secondly,  they’re very obviously influenced by most of the bands I’ve listed above, with the obvious exception of The Sword.  There’s some serious Sleep, Electric Wizard, and Acid King worship going on, so if you dig those bands, I don’t see any reason you’d write this off.  Thirdly, they’re a relatively young band, though not green by any means.  Their first album was released in 2014, and they’ve had an impressive array of releases since.  A single here, an EP there, a sophomore album in 2015; they’re certainly staying busy and making a name for themselves.  Their sound has stayed pretty consistent from their first release, and it’s everything that you’d want and expect from a good stoner doom band – downtuned, fuzzy guitar interspersed with trippy effects and bursts of feedback, huge bass tones, spaced out vocals, and a rock-solid drummer holding it down underneath all that precious noise.  They tend to stretch song lengths upwards of ten minutes at times, though I’d be hard pressed to define what criteria differentiates their decision to keep a song shorter or to extend it.  If I had to venture a guess, I’d say they just ride out the riffs that they really, really like to play, and this lends an authentic, organic vibe to what they’re all about.  That’s vitally important in a genre that’s so inherently derivative. 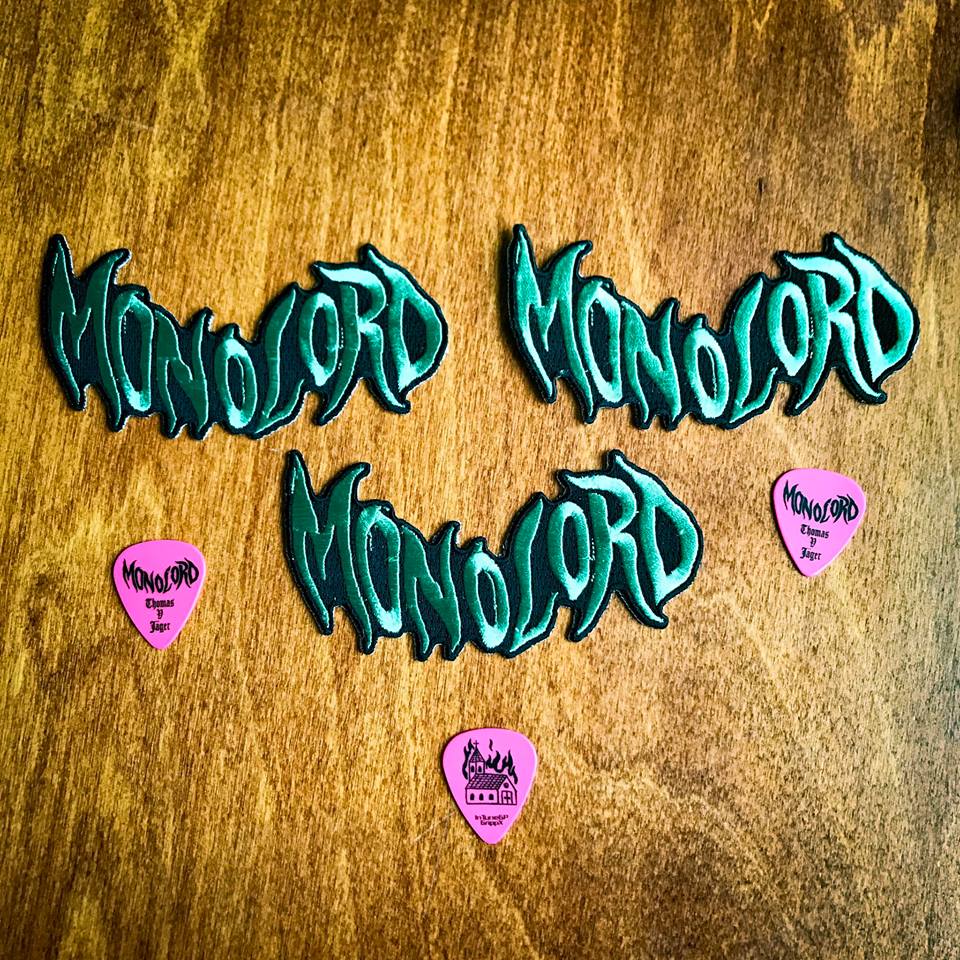 If anything, I’d say that the consistency has been Monolord’s strongest suit up to this point.  They haven’t made many efforts to tread new ground, and up until, they haven’t really felt the need to.  Their second album, Vaenir, is a little more polished than the debut, and this was exactly what they needed to do – double down on what’s obviously working.  The Lord of Suffering 10″ showcased a little more maturity in the songwriting department, and it’s still exactly what you’d expect.  This brings us up to Rust, where they’ve thrown out everything that’s come before, re-written the proverbial book and drastically redefined who they are as a band.

I’m just kidding, none of that is true.  Any one of the songs on Rust could have comfortably fit on a prior release.  That’s by no means a bad thing – I’ve already touted the consistency of their artistic vision.  The subtle though obvious shift this time around is that they’re beginning to make more use of the studio to explore more textures and sounds, and it makes for delicious little surprises interspersed between gargantuan riffs.  After opening the album with two pretty straight forward songs, the title track initiates with a haunting organ intro that drives the catchiness of the vocal hook home.  Once the riffs do actually drop, it makes for an extremely effective counterpoint.  It’s a seemingly little thing, and it makes a whole world of difference.  This is my favorite track on the album, and I think it’s the best song they’ve written to date.

They follow this up with “Wormland”, an instrumental with slower, more deliberate riffing that takes a stark turn once again into more melodic territory, with a most triumphant, transcendent lead guitar line once again surprises by finishing up with a violin echoing the same melody.  “Forgotten Lands” once again surprises us by making ample usage of its near 13 minute run time, detouring into a full-blown psychedelic breakdown mid song, with a delightfully wonky guitar solo and more exotic, modal guitar work.  The final song, “At Niceae”, basically utilizes a false ending.  It’s an otherwise standard track for Monolord, except that the riffs fade out, leaving us with feedback.  I thought the album was over, and then an acoustic guitar kicked in, overlaid with some heavily echoed vocals and a sorrowful melody.  It’s a great conclusion to a well executed album. 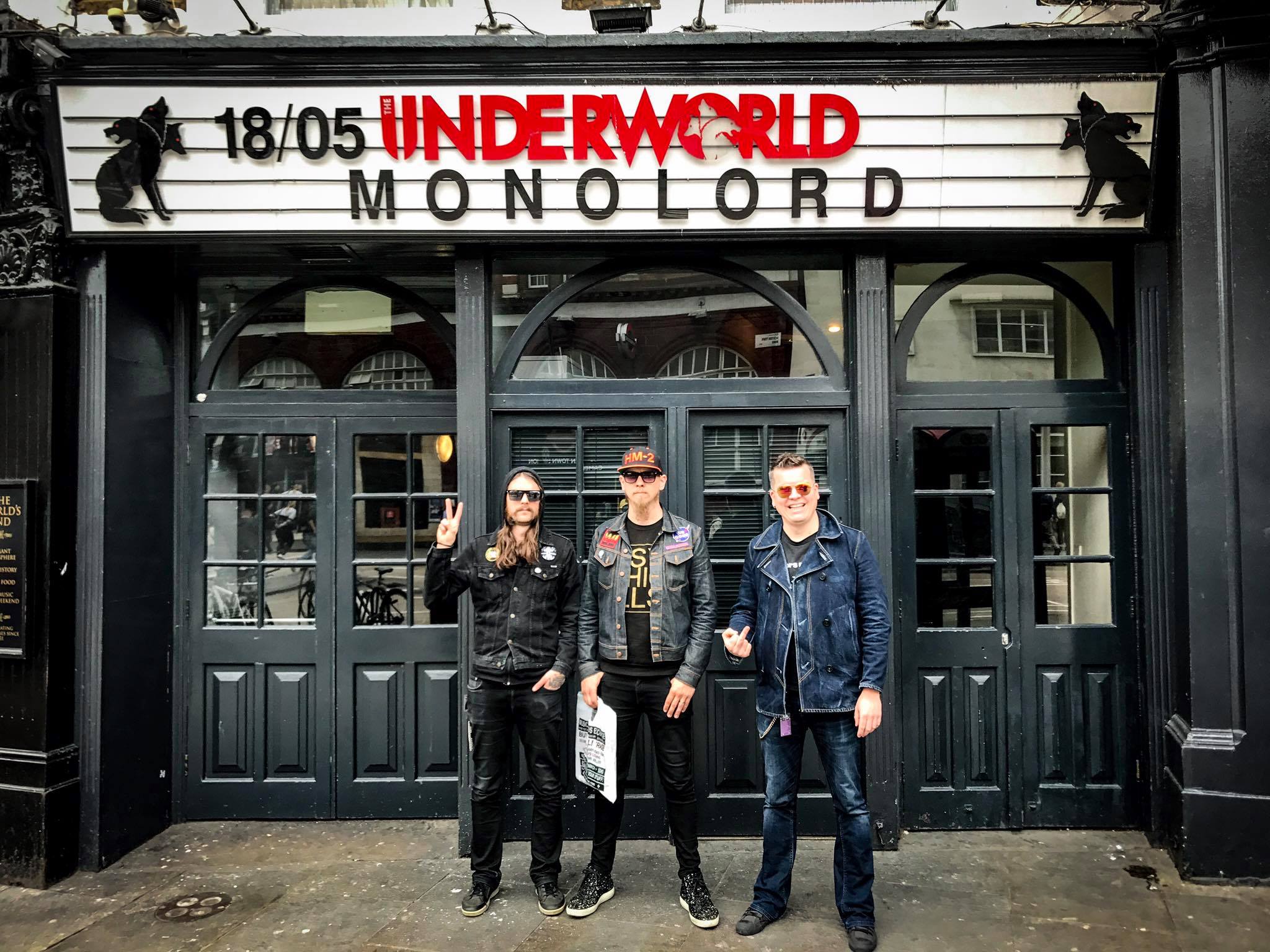 As I stated earlier, there has been a maturity inherent in the development of the band, and it’s firmly showcased on Rust.  It’s not like they’ve gone full prog or anything – they still do what they do best, which is just heavy, zonked to the nipples doomliciousness.  There is simply an increased emphasis on melody within the songwriting itself, while retaining the heavy, trippy sound that’s made a name for them.  As far as how it fits into the continuum and tradition of the genre?  Well, they’re currently on top of the game.  Electric Wizard’s last album was far from their best work; it’s most likely their weakest.  Veterans like Acid King and Goatsnake are only sporadically active.  The Sword have a full-blown musical identity crisis on each album.  If Sleep actually drops a new album, that will be a game changer based on the strength of the one song they’ve recorded since their reunion.  Since for some inexplicable reason, there’s still a lot of interest in this sound, it leaves a lot of room at the top for more established bands that aren’t quite stoner royalty yet,  like Windhand and Cough, as well as newcomers who are able to make a name and get some momentum behind them, like Monolord and Vokonis.

In closing, I’m continually perplexed at the longevity of stoner doom.  Other genres that are so pigeonholed and overspecialized have only occupied a single moment in musical history before they’ve been forced to evolve or become redundant and obsolete.  You can’t really call it a trend – trends quickly rise and fall within the realm of heavy music, though doom’s rise in prominence has been slow, steady, and continual.  Indeed, there are those who have already evolved beyond their humble roots, bands like High On Fire, Elder and YOB.   What is it about turning up really loud, tuning down really low, and aping Black Sabbath that’s had such a lasting, overarching appeal?    Is it that musically, it digs right to the very roots of metal, the birthplace of all things heavy? Is it some primal, ritualistic element buried deep within the collective human subconscious?  Is it an attempt to identify with, and thereby transcend the darker aspects of human nature?  Some kind of catharsis for our more socially unacceptable emotions and fantasies? Once again, I don’t really know.  I can tell you that even I’m not immune to its perpetual pull – even though I’m bored with the more common cliches associated with the genre, I’m such a sucker for a huge, over-amplified Sabbath riff.  In that regard, Monolord has delivered the goods in spades.  As always, my brain jumps right head to “what are they doing to do next?”  It’s a fair question even now.  Will they continue down the path of predictable consistency, with a pragmatic and gradual approach to change, or will they choose to truly branch off into the outer limits, returning to us with some unique permutation of psychedelic doom-inspired mayhem that will blow our minds like the forebearers of the genre did before them?