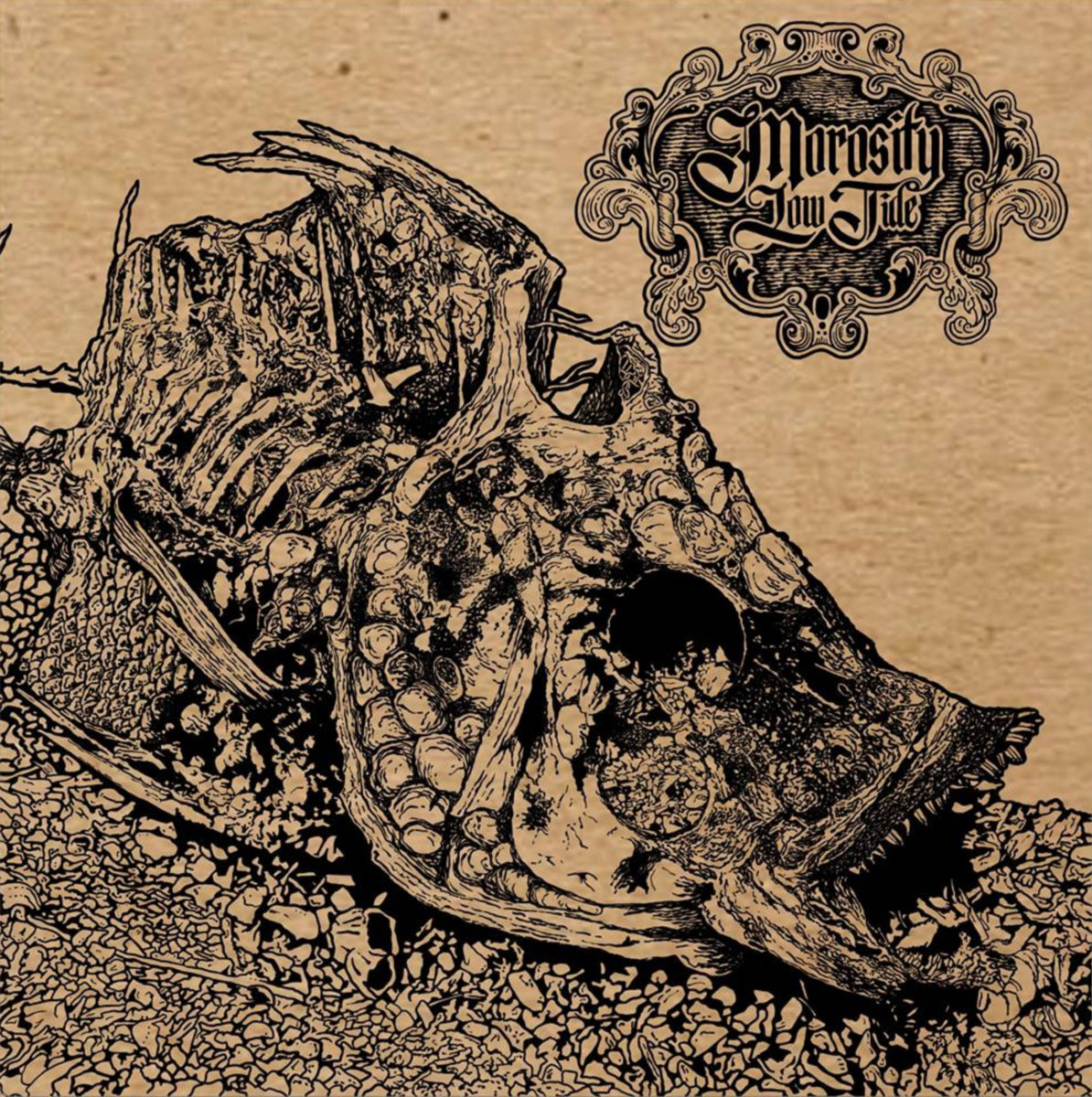 Minneapolis/St Paul Minnesota is the location! Formed in 2010, Morosity band members listed simply as Jesse / David / Nick / Shawn and Jason… no other identifiers, no telling who does what on ANY of their pages, but they are clear when they say that “History doesn’t matter.” is the response to asking about the past of this gathering of five minds. Influences listed include but not limited to TOOL / DAYS OF THE NEW / OPETH / DEAD CAN DANCE / PINK FLOYD, from ALICE IN CHAINS to SOUNDGARDEN, as far back as LED ZEPPELIN and as current as you can think of from VAST to ECHOBRAIN…   Oddly, if you listen close enough, you can hear each and more in these nine songs offered, the first since 2011’s first full length release. Sit back, smoke ’em if ya got ’em and let it roll…

MOROSITY From the first, quick face in, strings and things in a cavalcade of movement and you are suddenly surrounded by Middle Eastern majesty in subtle drum tones and tempo and there is a mystic sounding flow of voices that are turning circles around you for the 2 minutes and 10 seconds of ‘Mind Over Matter’ and the next thing you know, ‘The Answer’ hits you with a crushing intro that belies the over-washing tale of ’round and round’ that ‘no one will ever know’ per our vocal guide. The last 50 seconds begin with ‘You’re all wrong’ and then some of the most dynamic lead-guitar work I have heard out of these guys yet and just when the crescendo seems imminent, ‘Ouroboros’ hits with the soft mystical sounds of winding of drums and strings in writhing symmetry that keeps your feet off of the ground as you drink this tale in, savoring each drop until the next hits you until the last echoes off into ringing silence.

‘Moon’ shows off just how far the last six years have meant in growth and shows it shines brighter than any other on this album with the glistening smooth first note full of multilayered guitar tracks that slip and slide as you settle in for the ride as the tempo evens.  The glistening slows and that voice enters, telling you that ‘You make it all black and white’ and the body of the melody wraps around you like the lightest touch and your closed eyes do nothing to prevent the grin that involuntarily crosses your lips as everything gets so soft and then takes charge with complexity of a flanged guitar progression that circles like so many fingers until ‘Smoke And Mirrors’ fades to life with a reverb-heavy single string under a wash cymbal beckons to this direction.  Onto the next tale… Straight into slide guitar Heaven with this vocal that is clear without menace, strong without volume and commanding without command, showing that maturity in content and execution that is typically lacking in a sophomore effort, yet is very abundant throughout this one.

‘Death Grip’ begins with that spaghetti-western cowboy swagger that lets you know, this is not going to be more of the same. I immediately thought of post-grunge band LITTLE KINGS and then the whistle hits and you can almost feel that hot breeze crossing your cheek with the uttering “BANG BANG BANG, THEY TOOK AWAY OUR GUNS…” and the violins sing exactly that tale with each sinewy note that permeates the rest of this song. ‘Limbo’ is a quick follow with an almost gypsy sounding progression that sets the pace for this tale where no one believes you, where title track ‘Low Tide’ is more morose sounding out of the gate with subtle rolls and fills as the body rolls under the haunting yet solid vocal that continues to keep you elevated as he beckons you to watch him fly. As the song ends and the waves begin to wash back over you, album closer ‘Adrift’ fulfills the dream state once more with the layers of astral sounds soothe and accentuate the ghostly vocal line that slips it’s metaphoric fingers through your hair and across your flesh giving that inner chill that fades ever so slowly as do the waves fade to nothingness and suddenly, you realize it is over. I did not know what to expect what with almost 6 years past between releases but gave it a shot and am thankful that I did not let this slide past me. I recommend grabbing one of the limited edition first-pressings and support them live if they come anywhere close!!