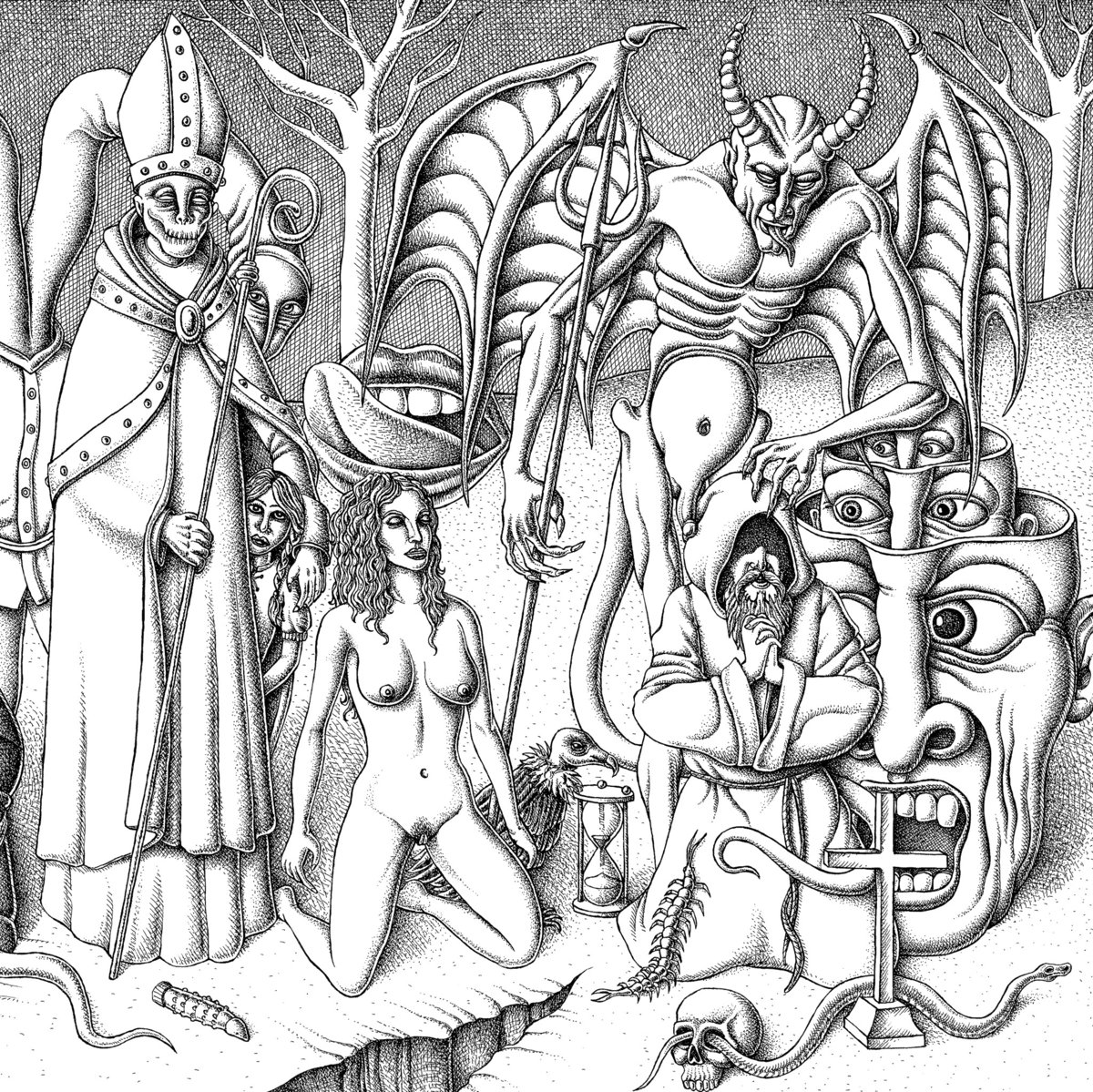 Coming at you from Jaen, Spain is this three-piece power-house consisting of Miguel Ortega – Guitar, vocals and percussion, C. Alejandro –  and Antonio Gámez – Bass and vocals.  The end result is really what matters and the results here are simply put, fucking STELLAR!!

SANTO ROSTRO, which translates in English to ‘Saint Face’, describe themselves as a mix of BLACK SABBATH and MASTODON, heavy on the splash of HIGH ON FIRE type power-riffs with a couple of twists each of jazz, blues and doom while garnished with several healthy drops of speed and aggro-chug guitar lines citing that all is “Done with care and much, much Savoir Faire.” Already in possession of a long live resume, this is their third album where they let loose with wide-open ballast and volume.

Consisting of five tracks and clocking in at 37 minutes, this is by far the most cohesive collection of songs yet. As I listened, I was most impressed with just HOW heavy SANTO ROSTRO’s punch really is. From the opener ‘One Small Victory’ to the end of ‘Hylonome’, there is such consistency from one to the next that you barely notice one ending as the next begins and the flow is near flawless.

Each song here stands on its own with the strength of composition to the power of execution and together, there is no denying that they are ready to get their music out to the world!! Standout-track, in MY opinion is the title track ‘The Healer’ and at 10 minutes plus, it is not the longest but shines with the raging fury of the driving pace to the soloing that is completely balanced with the vocal delivery that commands your attention to get every syllable of this tale as it winds along, wrapping around your brain and not letting go.

From everything I have found about SANTO ROSTRO, they tour endlessly and do not indicate that that will be changing anytime soon. Get this one ASAP and let’s get them to the US so we can witness this one in a live environment!!