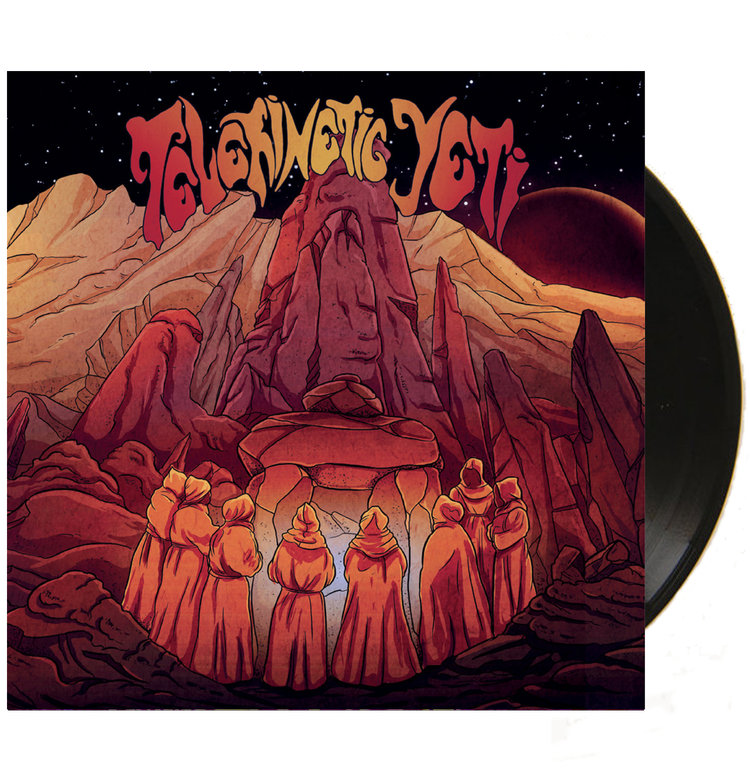 Push play, lean back, fade in feedback, growing louder until the enormity of the music hits you HARD between the ears, and the assault is upon you, no turning back. Dubuque, Iowa is the base of operations for this two man powerhouse band that classifies themselves as a stoner/doom band. Wielding a drop-tuned seven string guitar and a five-piece drum kit, Anthony Dreyer and Alex Baumann have come together from the wasteland of cornfields and snowstorms to give us their first offering “Abominable” and have released two videos in support before the March 2017 release date as well. Eight songs tie together forty one minutes of some of the richest and flat-out HUGE sounding songs to come from two guys in my memory!!

Lead-off and title track ‘Abominable’ starts off just as described and let’s you know from the beginning that these two are serious and they are not fucking around either. ‘Electronaut’ continues in this same vein, the missing bass player not even looked for with the low end rumble of that drop-tuned seven string more than making up in complexity of progressions and outboard gear, creating a sense of multiple players. ‘Stoned And Feathered’ is even more brutal, hammering with a might and power that looms unstoppable until the last minute when there is a shift to a softer tone that becomes the intro to ‘Colossus’ and has a more staggered pace with power riffs and ultra time shifts and shows them flexing the doom/stoner hybrid colors with a mastery that is seemingly rare for a first recorded outing and this almost nine-minute instrumental shows the muscle behind.

Not a lot of info available about this band beyond their Facebook presence but as tight as they are together on this record, it would seem apparent they have been perfecting this for some time. ‘Lightbearer’ starts off with the traditional four-clicks of the sticks before this ‘running’ guitar line slips behind and pushes you down he road before you know what just hit you. Halfway through we enter the psychedelic portion of our program filled with the mystical that fades off into the  intro to ‘Apophis’, a section that lets the doom feel come back in full force, lumbering along for less than two minutes before ‘Beneath The Black Sun’ takes hold with a complex weaving of loopy guitar and drum-line flying together, leading down yet another path of musical prowess shimmering with the power and might that lofts off into another fade off that ties ‘Himalayan Hymn’ completing what is a seemingly endless four part jaunt with no words necessary to convey the story, using only an insane complexity in time and structure to create this journey into the world they have created and taken us into the heart of. Suddenly, the music stops and just as you are thinking you have reached the end, there is a subtle spinning sound fading off and then it is indeed done. This forty one minute offering has reached it’s end and the ride has come to a close. This last four piece section in particular tells me that seeing these two live would be the ultimate medium to experience this melding of minds in to get the complete effect and I encourage you to do just that!!