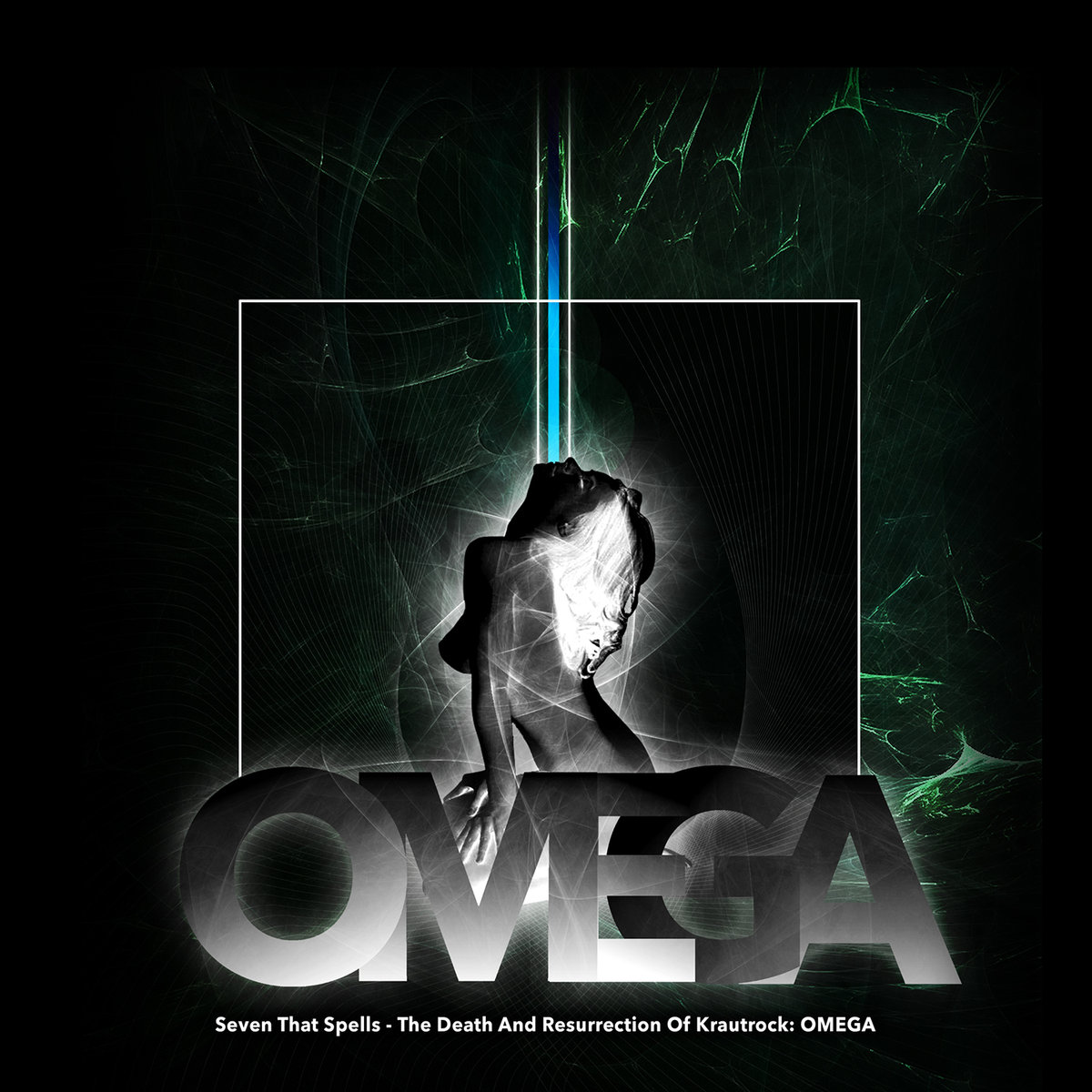 The Death and Resurrection of Krautrock: Omega  – LP // CD // DD

Review:
Why are we here? Mankind has been asking this question for a very long time, with some interesting replies. But have you ever drilled the question down a little deeper? Why am I here here? Like why am I here writing this on a Sunday morning? Why are you here reading it? WTF does this have to do with Seven That Spells? I promise, there is a point.

And as if a gift from the gods, here’s how Seven That Spells describe their answer on their Facebook page:

Beyond. We are the dogs of western Jazz society looking for dope.
Modern, aggressive psychedelic wall of sound incorporating poly-metrics and occasional Viking funeral rites; hailing from the 23rd century where rock is dead, Seven That Spells returned in time where its still possible to change the tragic course of the boring history.

LOL. I swear I didn’t know they had that up before I posed the question in the first paragraph. In fact, that wasn’t even the point I was going to make – but isn’t it just a little creepy since they claim to be from the future? Like they read this and responded. Perhaps what I was going to say was too boring?

Well now that the course of history is changed, let’s dive into the album. First and foremost, Omega is part 3 of a 3 part series. It started with “AUM” then “IO” and finally “Omega”. I mean, I assume it ends here.

Interestingly, each album follows the same structure. It begins with a track called “In”, which is numbered to identify which part it is in the series. It’s followed up by the title track, which pushes close to 20 mins in each case. That’s followed by 2 more tracks and each album closes with “Out” (simply “Out”, Out II, Out III). Despite only having 5 tracks, these are all full length albums. Though this review is meant to only focus on “Omega”, it’s hard to ignore the previous 2.

Seven That Spells Mastermind, Niko, with his Sword and Sonic Boom!! 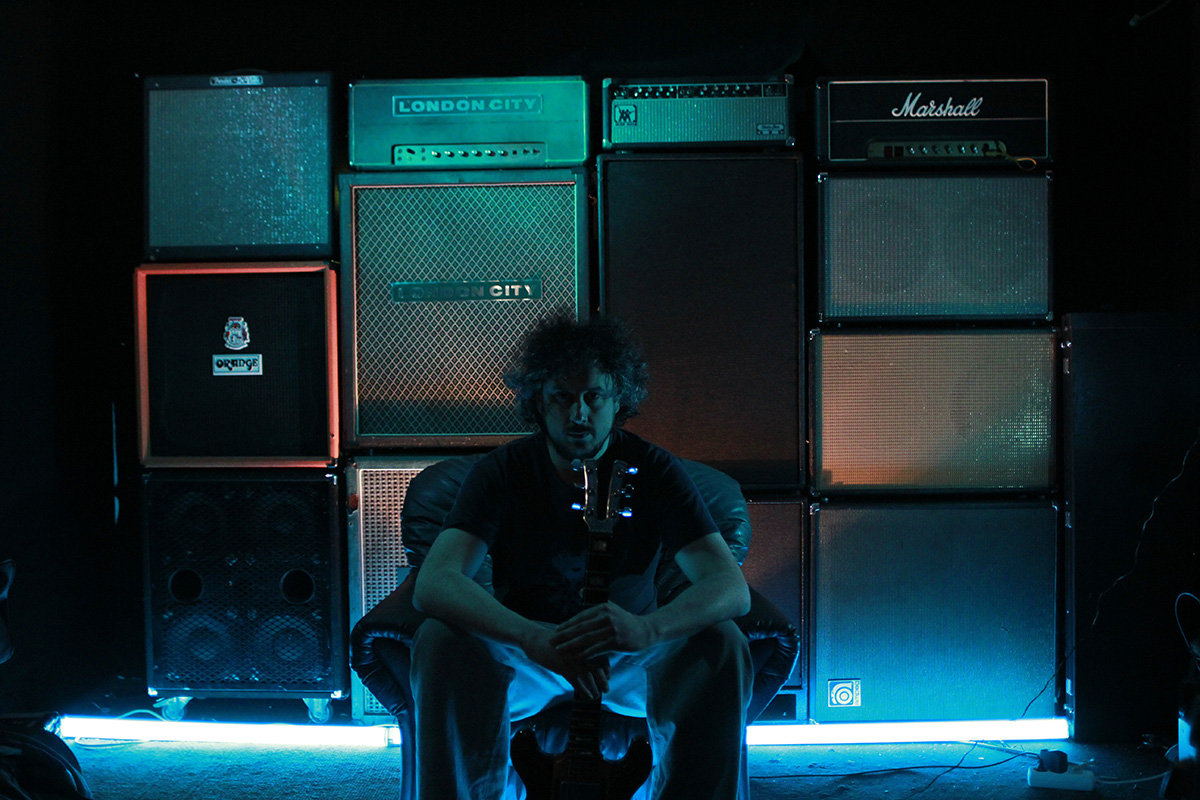 Stylistically speaking this is Krautrock. If you’re like me and never even heard the word, I’m not going to explain what it is. Someone has already done this on Wikipedia so I’m just going to hyperlink. And despite STS’s best efforts to railroad me in another direction, I’m going to share why I’m here here. See, I’m into metal – not necessarily mainstream but let’s say the better known genres like black, symphonic, death etc. And here on Taste Nation LLC, we tend to dig a little deeper. Matt Thomas keeps throwing me these strange, lessen known acts from sub-genres I’ve never heard of that stretch my knowledge and more importantly, my comfort zone. I’m forced to think: not outside the box; there is no box. The answer of why am I here here is essentially Seven That Spells. This is my theory on what it’s all about… and I could be wrong, there’s always that possibility too. But here goes…

Traditional music is meant to take you out of your head. The idea is the catchy beat and rhythm take over your brain waves connecting neurons associated with emotion making you feel happy, sad, angry etc. Once overcome with emotion, thought is no longer prevalent. We dance and sing or jump and mosh and just have a crazy good time without really thinking too too much about our troubles at home or work… frustrations with the significant other… kids struggling in school… fuck I think I need to get the brakes done… my boss wants me to do all the work while Dave jerks off in the corner… etc. Music is supposed to wipe all that away. If it’s any good, that’s what it does. But this Krautrock (at least I believe) is intended to do something different. 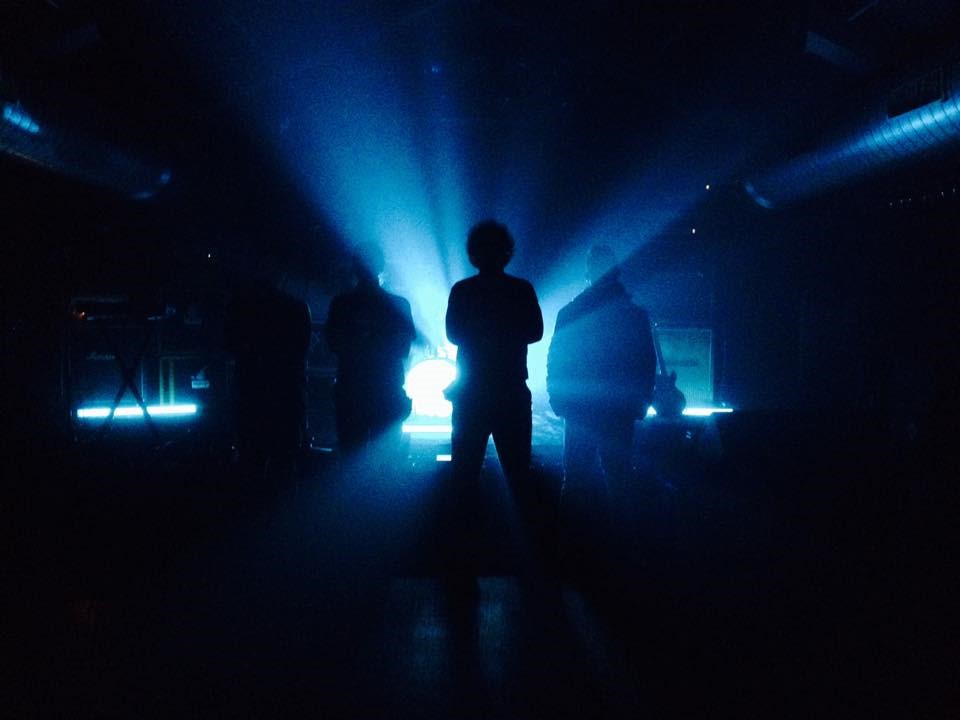 Instead of taking us out of our heads, it’s my belief that The Death and Resurrection of Krautrock trilogy intends to instead drive us back in. We’re not supposed to dance and sing (not yet). Hell, when there are lyrics it’s hard to decipher what’s being said. But we’re not supposed to dwell on our troubles either. To me, this is a guided tour of the vastness of our insides. We get brought “In”. The music takes us on a tour with a spacey, psychedelic vibe. Where it takes you, exactly, I believe is personal. I end up in space marveling at the wonders of gravity, light and time awed by the immensity of what we don’t know. It’s easy to get dragged in and not realize how much time has passed. Track 4 – “Future Lords” breaks things up a bit with a catchy little beat. If you’re deep enough in, as you should be by now – the urge to dance in your new found plane may overcome you. The mood shift is grounding but the atmosphere is still spacey; we’re still on the inside.

Finally, we’re guided “Out”. It’s a nice smooth journey, nothing too jerking or jarring, just a gentle guide from the inner recesses of our minds back to the land of the living, the plane of the physical where we can perhaps spend a prolonged period of time out of our heads, worry and care free.