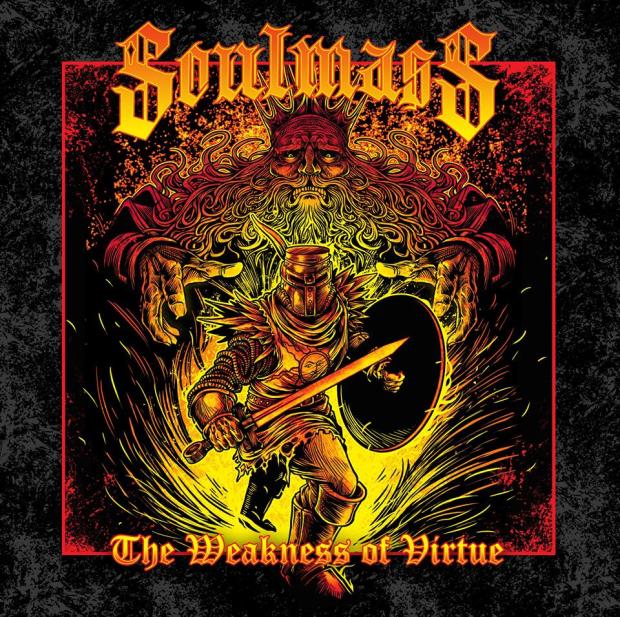 The Weakness of Virtue

In 2013 my friend Brett Windnagle of Lascallie’s Shroud and Project Rowenwolfe got together with his friend Bryan Edwards of Seven Kingdoms and created the Doom Metal band Soulmass. Initially a the band was a two man project called Kingdoms of Flesh with Bryan Edwards as band manager, and Brett Windnagle handling all the instruments recording in a DIY studio in his bedroom . After all Brett’s Painstaking work mixing and mastering 5 track of Unholy Doom and Dark Fantasy were unveiled. Realizing they had something Brett and Bryan began working on the album Despairing Fates and changed their name to Soulmass after realizing the new direction they had begun heading in with their initial project. Soon after successfully releasing the bands 1st full album Soulmass brought in Aaron Sluss to play bass and Scud, both of Project Rowenwolfe, to play drums.

Currently Soulmass is preparing to release it’s next album called Dark Souls which they intend have recorded in a proper studio and professionally engineered. From what I heard on Kingdoms of Flesh and Despairing Fates I’m on pins and needles waiting to hear music from them that has been professionally recorded. To ensure they have the resources, the band is running a IndieGogo crowdfunding campaign.  Join us in supporting this dynamic band take their craft to the next level by visiting their IndieGogo Campaign.  Support Independent Music!!  Soulmass is ready to blow minds!!  Help them make it a reality.

To quote Brett, “Soulmass seeks the aid of fellows fans and phantoms to bring the harrowing world of Dark Souls to life through the glory of death and doom!” As this article goes to print, the band is 67% away from reaching their goal with only 13 days left.

Previous album to get a nice flavor!!