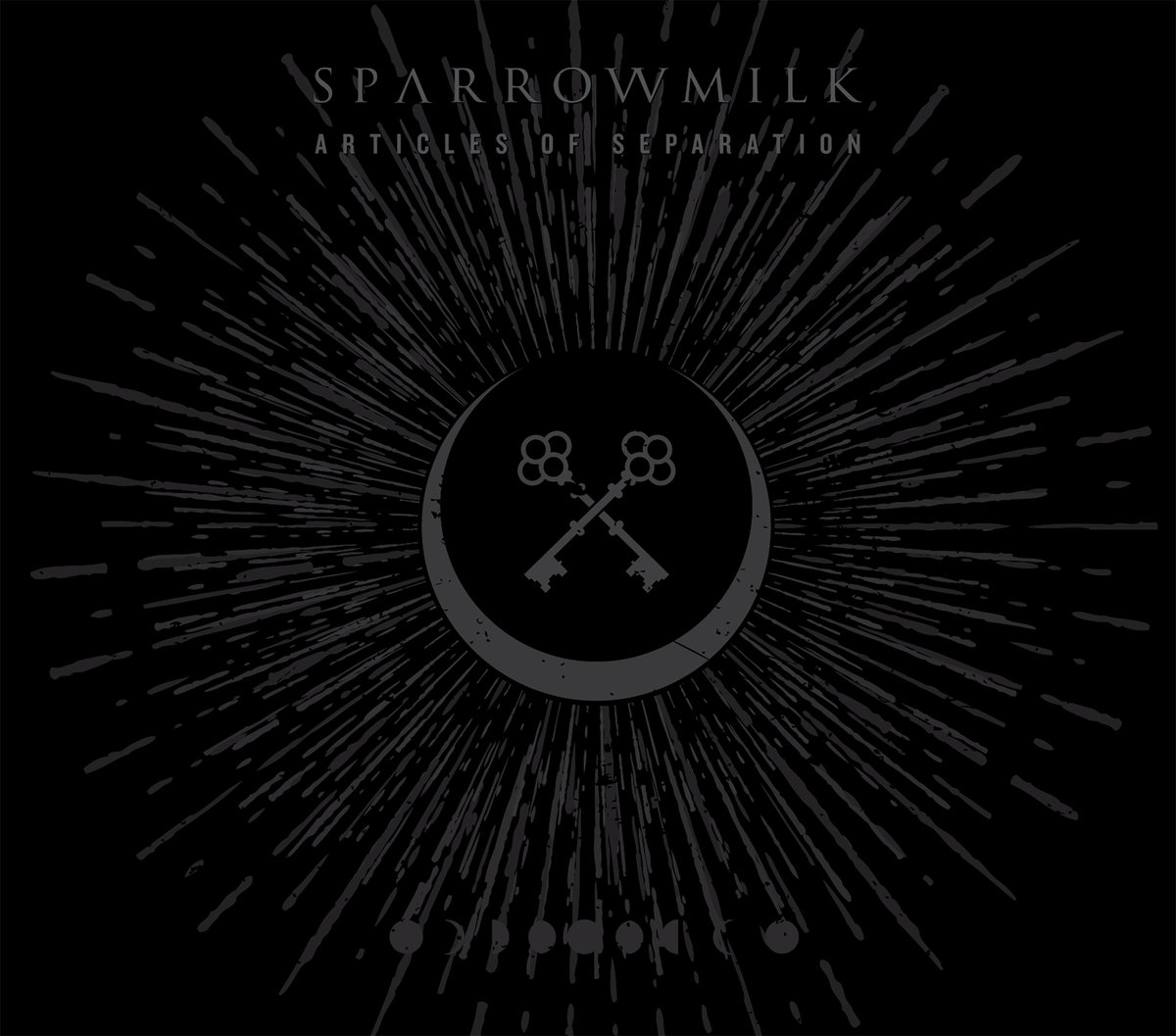 Sparrowmilk are an instrumental trio based out of Cleveland, Ohio, one that possesses members of such notable acts at Venomin James, Doomstress and Ancient VVisdom. They specialize in a darker style of metallic-tinged Post-Rock with some rather spacey elements embedded within in. Drummer Tomasz Scull, guitarist Joe Fortunato and bassist Erin Lung explore some wide expanses in their music and aren’t afraid to engage in some experimental risk taking. The best possible example of this is their newly released full-length debut for Kultland Recordings, ‘Articles Of Separation‘. The 9-song record is an amalgamation of diverse genre-fusing that plays out with seeming intentionally abstract, yet profound, compositions.

The far-reaching realms explored on this album begin with the sludge-ish alternative rock of ‘Mars In The 7th House‘. The song’s more haunting atmospherics add a sense of mystique to its underlying, subdued doom vibes. Moments of groove-fueled, tight knit levity in the music breaks things up at specific points. Those doomier elements are more in the forefront of songs like ‘Western Reserve‘, ‘Wolf Egg‘ and the crushing album closing cut ‘Teeth Of The Hound‘.

Two of the heaviest tracks here, ones that are possibly my favorites of all, are the depth treading ‘Book Of Armaments‘ and it’s follow up, ‘Sons Of Neptune‘. The doom traits remain rather prevalent in both but they’re bolstered by obvious Southern-influenced flare impacting both cuts. They reverberate with heavily sludgened tones that are then offset with interludes of lighter fare. That’s what I was referring to earlier when I attached the label “abstract” to this music for you never quite know what to expect next. But if unusual, or better yet, uniqueness, is the name of the game then Sparrowmilk provide it in abundance on another pair of songs, ‘Black Night Satellite‘ and the psychedelia-laden ‘Hollow Moon‘. The latter unfurls touches of heady lulls in the music before injecting undiluted energy into them. Those shots result in temporal spans where upbeat tempos and time signatures take hold for a bit more animated musicality.

Lyrics..vocals..who needs’em?  I assure you their absence has absolutely no negative effect on the power and resound of Sparrowmilk‘s ‘Articles Of Separation‘. For sheer staying power in your player and mind both, this album provides more than enough diversity and sonic intrigue to keep you coming back for more. To begin that experience now, check it out via the Bandcamp embed below.