Hey doomsters this is the Ancient One and I’ve just returned from yet another odyssey through the cyberscape traveling the ethereal soundwaves. While traveling I learned through fellow music heads Italian wizards of heavy psych / stoner / doom Ufomammut  have released a new album entitled “8”. Wanting to know more I wasted no time in getting a early preview but I unfortunately failed you. While I wanted to let you know about it before its  September 22nd release date to give you all time to get your pre-orders in I was unable to because personal issues got in my way.

For those who are unfamiliar with them, Ufomammut (pronounced- ufomam’mut) is a heavy psych / stoner / doom band hailing from Italy. Going strong since 1999 “Ufomammut” was formed by  Poia (guitarist, synth, and sound effects), Urlo (bass guitar, synth, sound effects and vocals), and Vito (drums)  With 7 albums to date the bands upcoming album was released on the “Neurot Recordings label on September 22nd and is the bands 8th album, thus its title “8”.

As in past albums “Ufomammut” fearlessly experiments with sound and music. But what makes “8” unique is the method in which it was recorded. Seeking to give the listener the experience of listening to them live Ufomammut recorded the instruments in live studio sessions. And this painstaking process that has resulted in an amazing album. 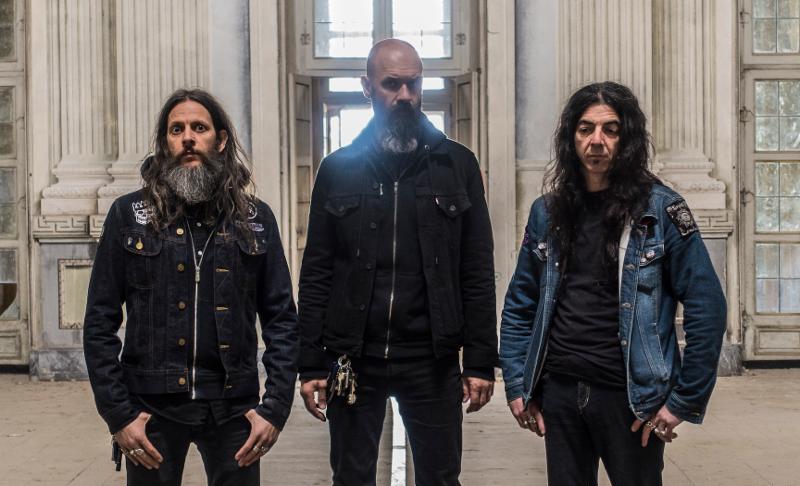 Opening with “BABEL,” stoner doom Wizards Ufomammut begin weaving their auditory spell using a language all can understand. While I’d like to tell you which songs I liked most I really can’t. Every time I took time to look at the title of the song playing it broke my trance. So instead I will tell you what I enjoyed about “8” as a whole.

Unlike some music in which you feel like a spectator watching or listening to the metal gods on high, “8” envelopes you making you feel like you are part of the music. Listening to the fuzzed out guitar, drums, bass, droning chants, and psychedelic sound effects had me feeling like I was part of some strange musical mystery cult.  “8” is best listened to in full and if you don’t have a decent stereo I recommend listening with headphones.

AVAILABLE NOW (Here) https://www.malleusdelic.com/store/index.php… – “The Art of Ufomammut” is a graphic journey by Malleus through 18 years of UFOMAMMUT.  We wanted to put together almost all the designs we created during these years for Ufomammut, from the first album covers to the last silkscreen posters, from the Limited Edition vinyls to the t-shirt designs. 96 pages – softcover.

Like many Ufomammut fans, I would have loved to go to the release party or to one of their European dates following it. But since I can’t get to Europe I can console myself with the fact Ufomammut will also be appearing at the Maryland Deathfest in Baltimore, Maryland next year May 24th – 27th, 2018.  Highly Recommend!!