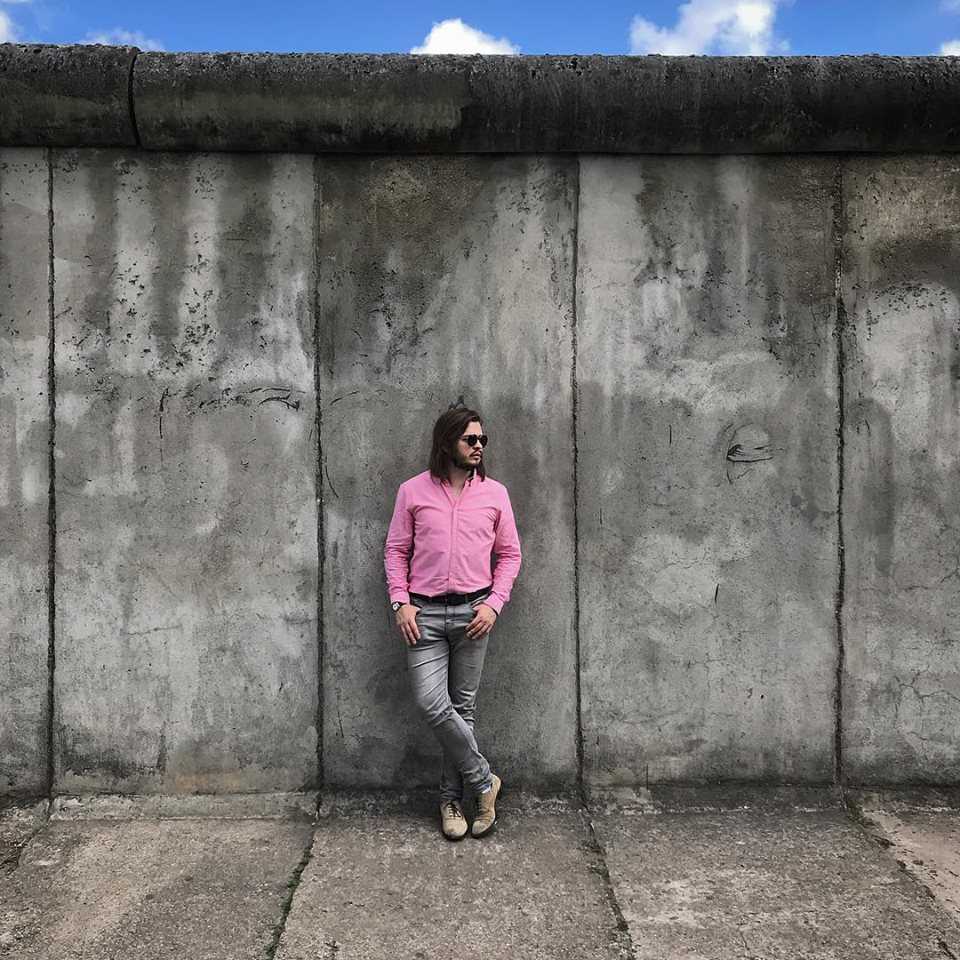 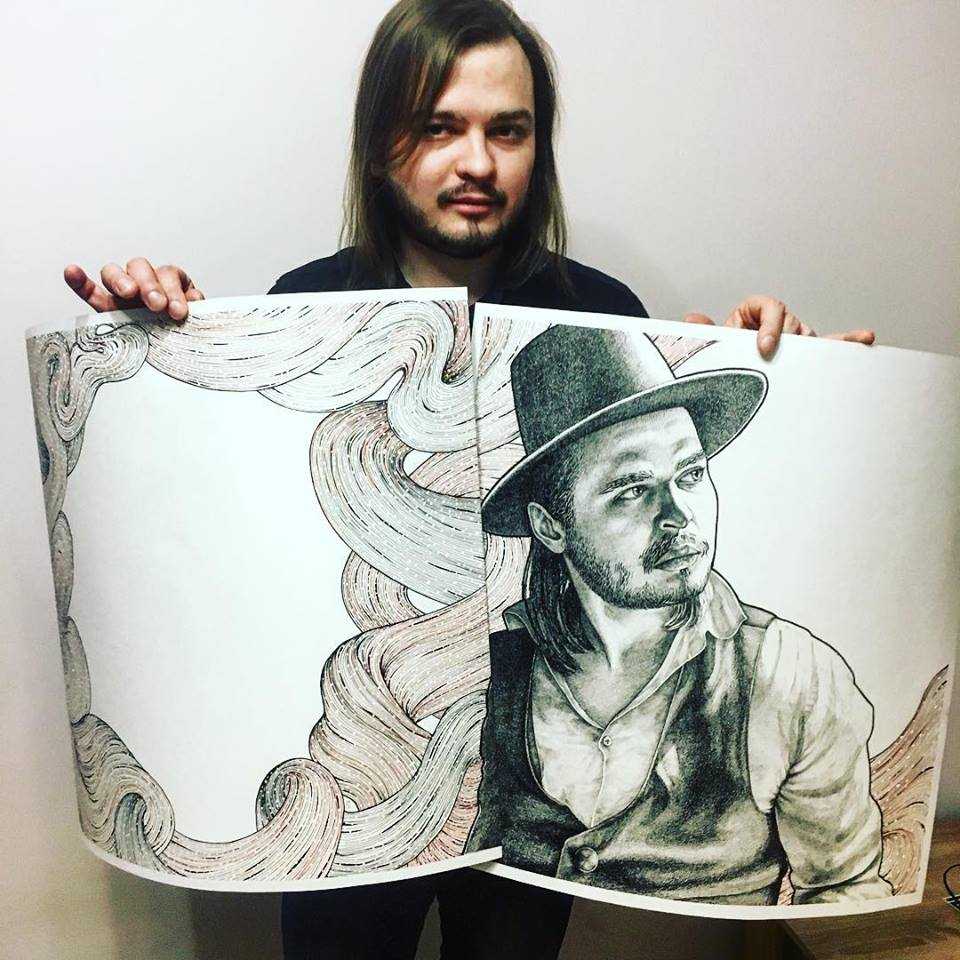 I always dig it when a band I’ve been hip to for awhile, usually when hardly anyone else was aware of them on a large scale, begins to break out of thay pseudo “obscurity”. Nashville, Tennessee’s The Cold Stares are possibly the next band in my wide spectrum of somewhat secret enjoyments that are poised to experience that revealing spotlight. See, I saw the band back three or four years ago when they were out supporting Rival Sons (I think it was) on a date here in Kentucky. I was immediately sold on the duo of guitarist/vox Chris Tapp and drummer/vox Brian Mullins aka The Cold Stares for a variety of reasons, usual ones like the fact that the guys make flat-out incredible music. It’s almost incomprehensible to believe or even accept that it is just two guys playing this astounding music, getting this amazing sound, wielding this inhuman power.

Now, after a couple of well-received EP releases and the ice-breaking 2014 effort A Cold Wet Night And A Howling Wind, the duo are back with their new full-length, ‘Head Bent‘. The eleven song opus was produced and mixed by the band with Greg Pearce and mastered by Chris Goosman (Acid King, La Chinga, Solace, Lo Pan, Freedom Hawk, etc.). It just dropped this past week  on June 16th via Small Stone Records and I assure you now, with all foregone knowledge and sincerity, this record is going to blow your mind, my friends.

Continuing in the Small Stone tradition of hosting some of the best, heaviest, hard rock hitting the ground rocking and a’ rolling, there comes this. Yes, this is exactly what Rock & Roll in the year of our Lord 2017 sounds like, music rife with testicular fortitude and an undiluted, devil-may-care attitude. Taking heaping piles of blues and Americana-flavored folk rock into their own sound, The Cold Stares emerge victorious masters of electrified emotion here. Songs like ‘John‘, ‘Ball And Twine‘ and ‘Break My Fall‘ are full of soul, each exudes ample amounts of raw emotion and talent. But even they are mere drops in the bucket when you tear into the meat and marrow of this outing.

From the darker doom moments of ‘Neighbor Blues‘ to the blistering ‘Stuck In A Rut‘ or the Led Zeppelin-meets-Aerosmith feel of ‘Kings‘, there’s limitless miles of territory traversed. Just when you think you’ve heard the best the album could possibly offer, the next song queued up obliterates that assumption. Title track ‘Head Bent‘ or the astounding stand-outs ‘Price To Pay‘ and ‘One Way Outta Here‘ will simply blow you away. They simmer, they rock… they groove, they roll…all while you find yourself never wanting the album to end.

“Letter to the listener:

Progressive; heavy; psychedelic; Americana, have all been used to describe Bask. The truth, we are four musicians based in Asheville, North Carolina who love making music. We want rhythm heard for miles, melodies remembered for weeks and an honesty and sincerity felt to your bones. Most of all we want you to listen without concern for what you are hearing. To listen only for the sake of hearing. Esse Quam Vid”

And so was my introduction to BASK a four piece group of individuals that keep to the two guitar / bass/drums formula for pure rock and roll, complete with two part vocals, yet they prefer to refuse any labeling, asking us each to listen for the pleasure of what we are taking in is giving as they weave each of these six compositions together with an ease that makes this second release a gem in and of itself. Scott Middleton , Jesse Van Note , Ray Worth and Zeb Camp make up what is BASK and this six-song offering of 39 minutes of some of the most sonic interlaced meanderings of four energies twisting through time and sound be it the quick fade in of winds stirring skies underneath the trees of ‘Asleep In The Orchard’ before the power chords enter and take you back to the almost dreamy texture as that voice enters describing the fruit hanging around as you close your eyes to see the picture this quartet is painting with lush, lingering strokes that keep you entranced and moving at the same time. ‘A Graceless Shuffle’ comes out with a staggered gallop pace and upbeat yet still rolling along the road type of jaunt with “The paths all closing in” as the tempo shifts to a faster cadence as the shuffle goes on, up until “…the strychnine in my blood.” closes out. ‘In The Black Fir’ begins with that haunting slide that makes your hands grab an air guitar and comes on with that heavy-handed thick chording that drives forward taking you with willingly for the entire seven minute plus opus of our traveler. So many musical textures are contained in this track alone to garner every rock-tag out there and shows exactly why BASK ask you to listen for the sake of the listening itself as they let you savor each flavor as one and a whole, all at once. The dark ominous fade-out is perfection. ‘Kindled Green’ opens cleanly and before you are 30 seconds in, bone-crunching chords are all over you as the clean notes continue in that lofty manner we have come to expect from the first half of this album and then a vocal harmony enters and shows another flavor not expected but full of the savory just the same that washes your palette with a warmth of remembrance and the heavy comes right back to compliment as the vocals echo along in the confines and you grasp each repeat.

The slowing pace belies the end and then… slow fade in of swirling notes that slip around your feet and slightly bending clear notes take you to ‘The Lonesome Sound’ as the words of life describe us all one at a time and all at once together as one and none at the same time. Slower-paced but ever so heavy and plush and just plain complex that there is no denying this band their own request to listen for the pure joy that listening to this WILL give you regardless of musical preferences. Most bands write the greatest record in their arsenal with the first one, and then they try to recapture whatever they think that one had and a lot really do fail miserably. BASK has done the seeming impossible and come out swinging as a band that appears to have grown and matured to become 300% of what they were with the first release. Closer ‘Mush! Carry Me Home’ perfectly wraps this record with another tale that shows the lyrical majesty that has permeated this one from the front and allows each member to shine as this song brings back around each ingredient that has made this meal so satisfying and wanting even more as the last drops off. If they come anywhere close, you GOTTA GO and support them. I have a feeling it will be one to talk about for years to come if this release is any indication. Get the record and go support!!