A Metal Synth-ony from Bizarro World

Greeting tasters this is Terry the Ancient One. For the last few days now I have been listening to Arcadea the new “S/T” debut album by the super trio made up of drummer // vocalist Brann Dailor (Mastodon), Keyboardist Core Atoms of (Zruda & Gaylord) and Keyboardist // Guitarist Raheem Amlani (Withered & Scarab). Having not even learned of Brann Dailor’s new band until recently, I had no clue what I was going to be listening to. The Result is a visionary, 10 song synth odyssey that was recorded at Orange Peel Studios in Atlanta, GA. The self-titled debut record will see its release via Relapse Records this June.

With song titles like ‘Army of Electrons’, and ‘Through The Eye of Pisces’ I figured this would be Space Rock or some kind of Heavy Psych. But what I heard took me completely by surprise  when I realized this was not just Space Rock or Heavy Psych.

A concept album Arcadea has said envisions a future 5 billion years from now, where the impending collision of galaxies creates a new order of planets. Where cold, distant moons pledge alliance to new suns and expanding gas giants implode into black holes. Ancient drones, forever adrift, record toxic tales of love between dying stars. Where lifeforms in suspended animation, dream among the ice rings of Saturn and cosmic war wages among gods and planets. It is in this universe that Arcadea reign supreme as the last surviving space wizards since the final extinction.

While some power trio purists may be butt hurt there are no fuzzy guitars or ponderously slow and sludge laden bass lines.  Rather, those who love progressive, heavy psychedelic rock, space rock, and electronica will love this album. Unlike some electronic driven rock music Arcadea does not sound plinky plonky or overly light and airy. Like The Alan Parsons Project of aulde, Brann, Core, Raheem prodigiously weave a tapestry of sound . Listeners will feel like they are taking a ride through space and time through a tapestry of psychedelic soundscapes.  To get the best effect I would recommend using a pair of headphones unless you have a kick ass stereo. 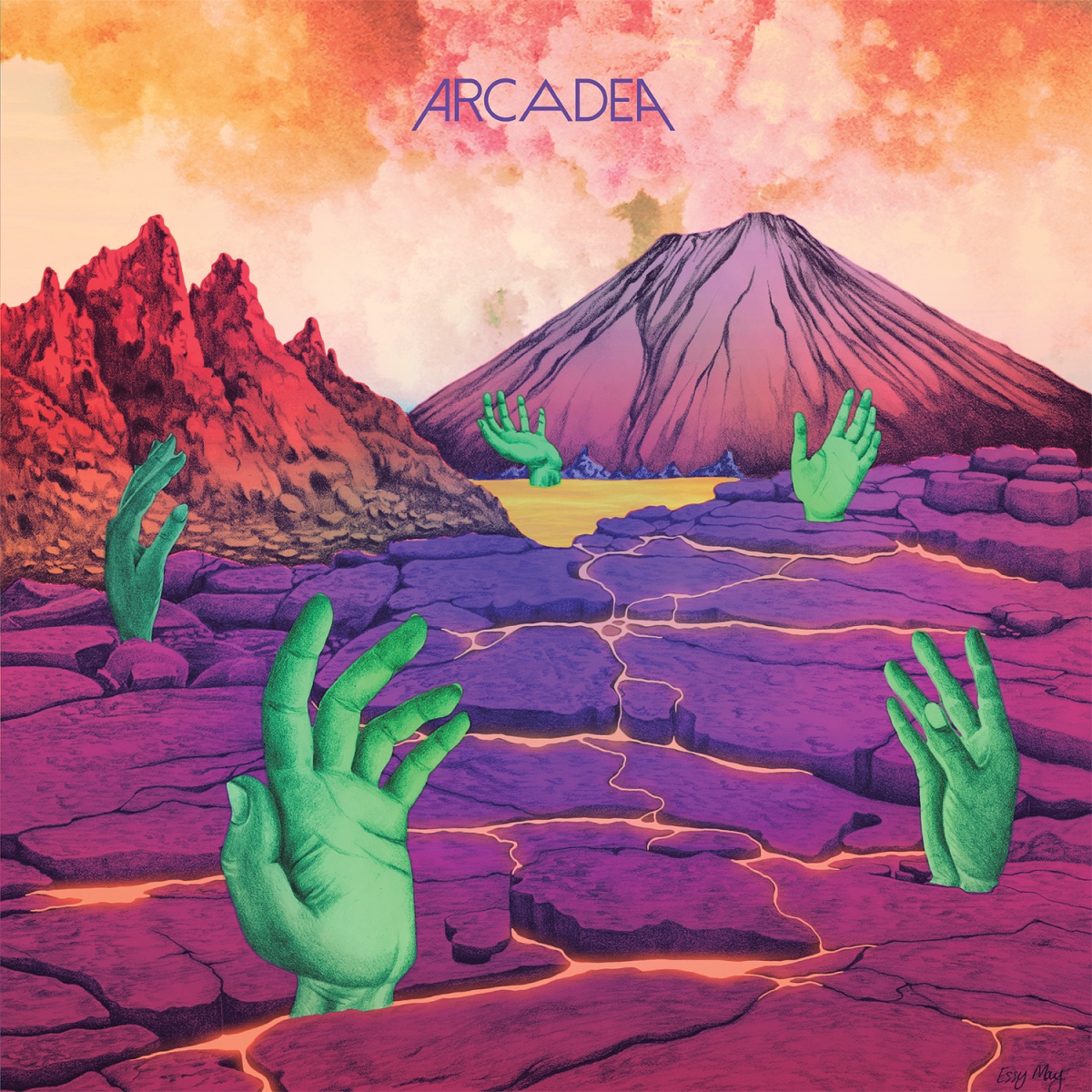