From the nether regions of Poland, Nihilosaur return with their 3rd full length album entitled “Hymn & Ruin”. Nihilosaur has a unique sound. I don’t feel that music needs to be categorized but it’s a lot easier to describe a band by their genre. Usually when I don’t know how to classify a band I’ll hit the net and check the usual places. Wikipedia is my go to but Wikipedia never heard of Nihilosaur. My next stop is Encyclopedia Metallum who list Nihilosaur as “Death Metal / Hardcore”. Even the shortest of listens leads me to believe that what they actually meant when they said “Death Metal / Hardcore” was “we don’t know”. Off to Nihilosaur’s Facebook page where they list their Genre as “Hymn and Ruin”…. That’s not a fucking genre. That’s the album title. I assume what they mean when they say their genre is “Hymn and Ruin” is “We don’t care”. I don’t think we can lump them into any category.

With that in mind, I think the best way to describe Nihilosaur’s sound is by conjuring up an image in your mind of the Nihilosaur itself. What would that be? First, the Nihilosaur is ancient & long dead but reanimated, presumably by some toxic waste and a few shots of lightning though no one knows for sure. Some of the Nihilosaur’s flesh was preserved in the tar pits from whence it came while some places the flesh is rotten, even decomposed to the bone. Its movements are slow. Despite having emerged from the pits a decade ago, tar is stuck to the Nihilosaur’s exterior. Flowing like molasses off its body with each movement, despite leaving a trail behind there seems to be no end to the muck. Nihilosaur is large, carnivorous and hungry – but not evil. No. Nihilosaur will devour you with indifference; not malevolence. He’s also horny as fuck.

Let’s see if we can complete the metaphor as we tour through the album. Starting with the cover, the analogy breaks down but let’s ignore that for just a minute. We’ve got a comic book style cover with an upright elephant with multiple arms, its trunk rammed into its gut. I guess it’s eating itself? I’m not really sure. The lettering of the band name looks eerily familiar and I’ll kick myself when I figure out where it’s from. Hopefully you’re reading this and yelling it at your screen, maybe I’ll hear you. Anyway, I have no clue on the significance of the elephant. Maybe it’s some sort of Nihilist symbolism though that’s a complete nonsense thought.

The album opens with a track called “No, No, No”. The heavily distorted guitars start the number, giving us a clue as to what comes next. The drums and bass of join the fray filling out a thick doom sound. Slow, melodic, distorted voices start creating eerie, ancient doom. They soon give way to death voices but quickly return to eerie again. Unfortunately none of the voices are discernible so I have no idea what this song is about. I agreed to review this album based on the band name alone (it’s so clever!!) and was hoping to hear what these guys have to say. The incomprehensible voices are a theme throughout the album. In fact the voices are turned down so they don’t stand out but rather blend in with the music. I suppose this is why the band calls them voices as opposed to vocals. It does suit the sound.

Moving on track to track, we have an atmosphere of thick goo. Imagine your lungs filling with tar. How they achieve such density with a 3 piece is beyond me. I would guess it has something to do with the heavy distortion and the blending of the voices which throughout the album go from eerie to death vocals to deep chants to low rumblings to screams. 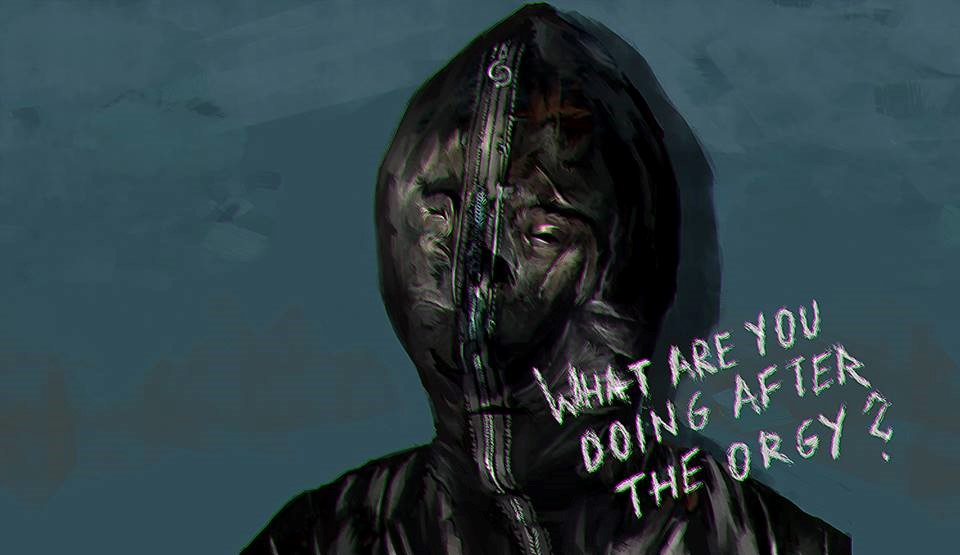 Seriously though, it’s hard to take a band seriously when their members have names like Analfox and Geniusfix. I have to assume that they don’t take themselves too seriously either. That’s a trait I think is very admirable in music and musicians. It’s supposed to be fun. Grab a copy of Hymn and Ruin, give it a listen and have a good time. 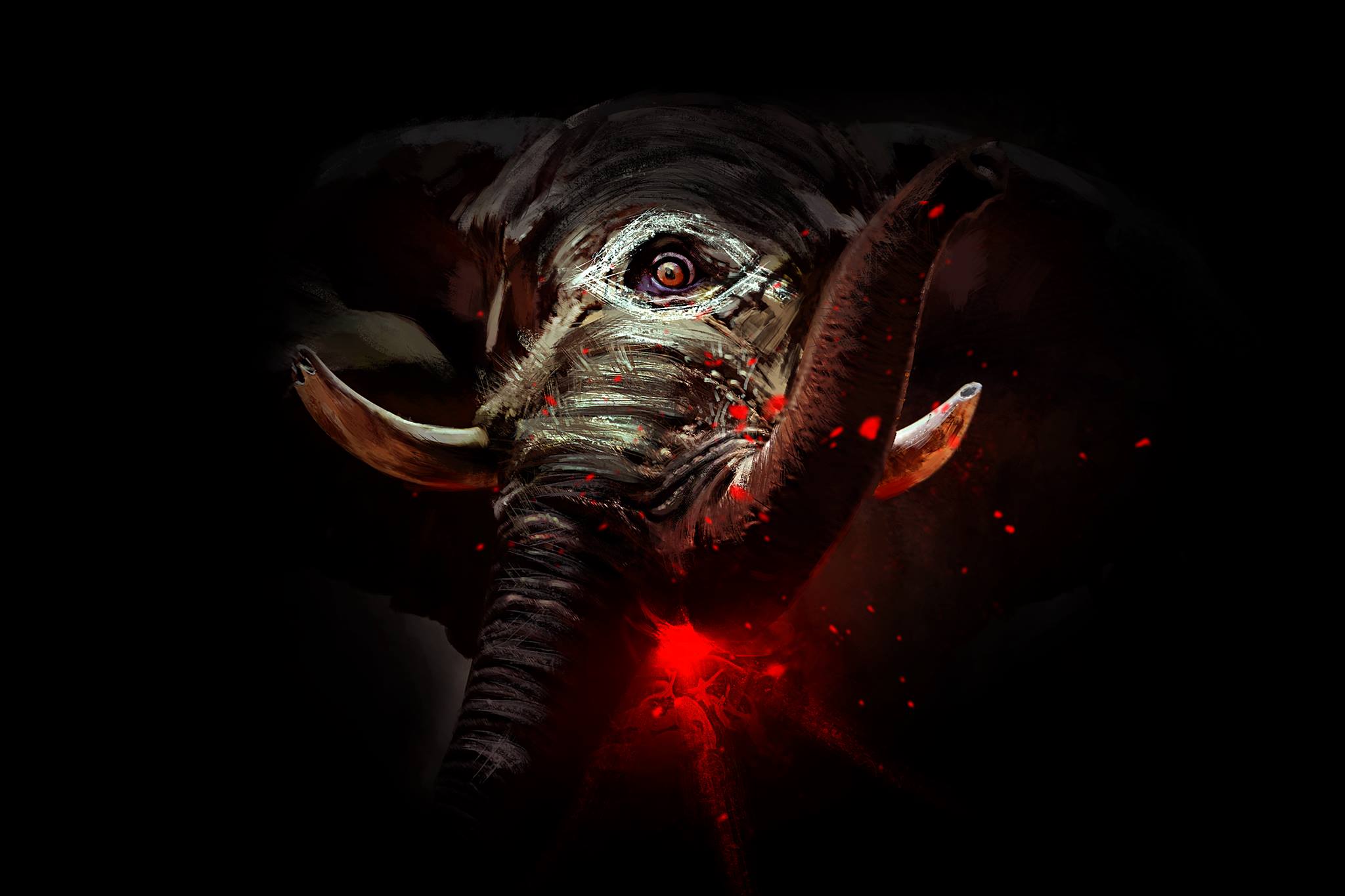