Friday, May 26th will see the release of the latest album from the atmospheric progressive rock duo Barrows, titled ‘Obsidion‘. It will be issued digitally through the band and on deluxe 2xLP through Tonzonen Records (purchase here). Obsidion is the follow-up to 2011’s Imprecari Island and 2014’s Red Giant and finds the forces behind Barrows, Jim Leonard and Richy Epolito, delving ever deeper into exploratory aural realms.

The textural expanses of the sci-fi infused instrumental rock of Obsidion is streaming in full below for your listening enjoyment. You can expect myriad fragments of audible experimentation inspired from progressive, space, kraut, and psych rock acts, derived by influences from early King Crimson and Pink Floyd to John Carpenter and Goblin. The album was mastered by Eroc from the legendary Krautrock band Grobschnitt and features stark/abstract artwork and photography by Alexandre Souêtre.

The band is planning on touring in support of Obsidion, including a residency/album release show at The Echo in the band’s hometown of Los Angeles for the month of May, where the band will be playing a free show every Monday of the month with a bill of area bands of their choice. This is to be followed by a full US tour, all the dates are listed below. 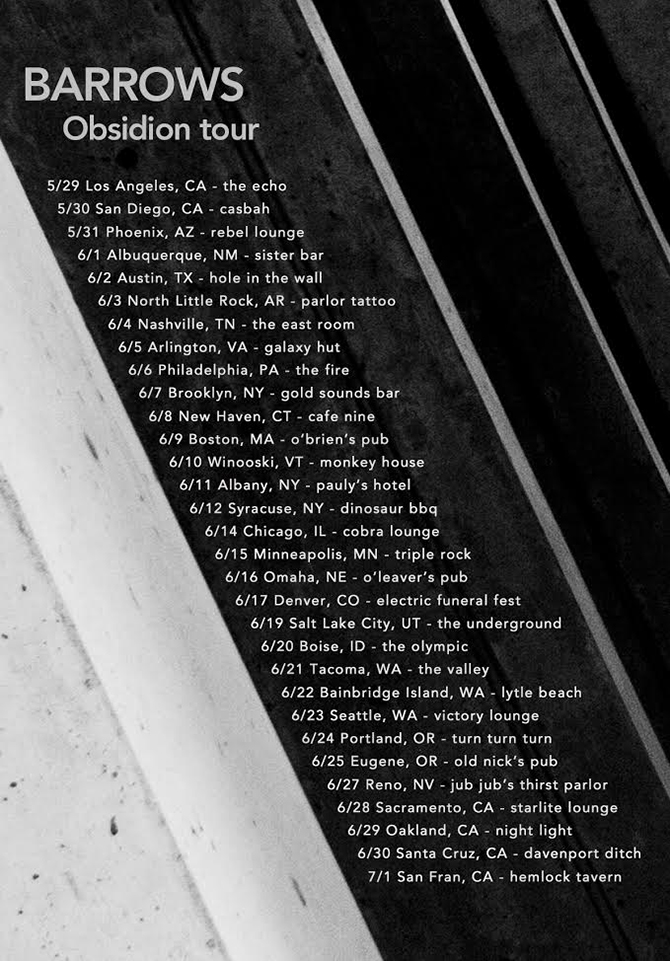