“Back from Venus For The Cyclops Revolution”

Formed in Red Bank New Jersey Monster Magnet has gone through several line up changes since it was founded by Dave Wyndorf Vox//guitar, John McBain guitar and Tim Cronin Vox // drums. Rather than write several pages about the bands history I am going leave learning the bands full history up to you, the fan.  It is out there and not hard to find. In 1992 when the band Monster Magnet (named after a Wham-O toy Dave Wyndorf loved playing with as a child) released its second album Superjudge, Monster Magnet was:  Dave Wyndorf -Vox//rhythm guitar,  Ed Mundell- lead guitar, Jon Kleiman – drums, and Joe Calandra – bass guitar. 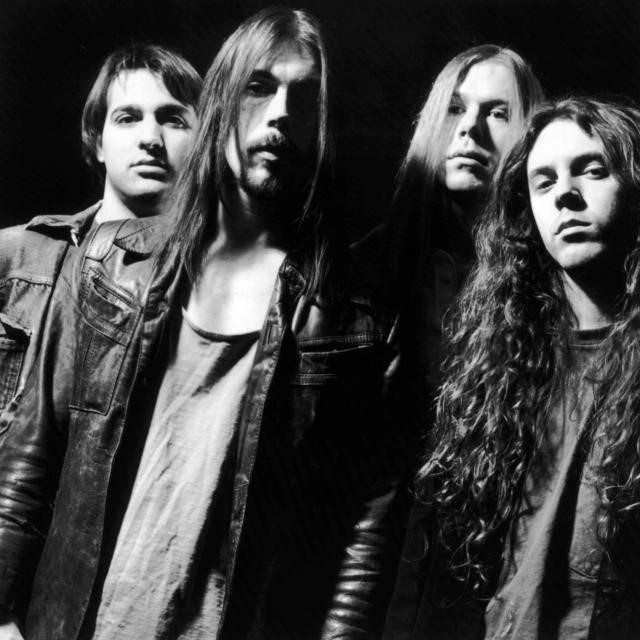 Eons ago or that’s how it feels sometime when I was a soldier and, though the Army had shaved my head and put me in a uniform, they didn’t really change me. I just let them think they did. I was still me and still a metal-head. Joining the military and being stationed in Germany put some cash in my pocket and got me exposed to stuff I had never heard before.
At the time metal seemed to be on the down turn as MTV claimed Generation X was going bat shit crazy for grunge. Thankfully Germany had a roaring metal scene and the metal fans that packed the clubs to hear their favorite underground bands and didn’t care what MTV had to say. Which is why Monster Magnet blew up in Germany more they did in the United States.  It also helped their the band’s first full length, cult classic, “Spine of God” on longstanding German label Glitterhouse Records.

Unfamiliar with Monster Magnet at the time I recall finding their album Superjudge in my local PX (Post Exchange) and thinking with a cover and name like that this has potential to rock and it did just that. When I returned to my Barracks and put the CD into my stereo I was blown away by something that sounded like 60’s Psychedelic rock gone metal. While I’d heard some far out stuff, Monster Magnet was unlike any metal band I had heard before. Listening was like swimming in a sonic ocean as the band fearlessly used sound rather than stick to the tried trued and tested metal riffs. Among the songs that most impressed me were ‘Cyclops Revolution,’  ‘Superjudge,’ ‘Cage Around The Sun,’ ‘Dinosaur Vacume’ and the band’s covers of Hawkwind’s ‘Brainstorm.’

The legendary U.S. proto-doom band Cirith Ungol are preparing to play their first ever show on European soil,  the Keep It True festival in Lauda-Konigshofen, Germany the last weekend in April. To coincide with this historic event, Metal Blade Records will release the Ultimate Edition of Cirith Ungol‘s King Of The Dead album, on that same weekend of April 28th.

The King Of The Dead – Ultimate Edition digipak CD features a full re-mastering by Patrick W. Engel at Temple Of Disharmony, five bonus tracks, expanded packaging and a bonus DVD. The LP will be released as part of the Metal Blade Originals series; featuring 400 g spine sleeves, a 12-page booklet and an A1 sized poster, the vinyl was also mastered and fully restored by Patrick W. Engel in January 2017. This version reflects the original sound of the 1st vinyl pressing, released on Enigma in 1984. END_OF_DOCUMENT_TOKEN_TO_BE_REPLACED