When asked to describe themselves, FIRE DOWN BELOW says, quote “We are amp-hugging, hard-hitting, fuzz-loving, ear-splitting, riff-worshiping rock ‘n rollers.” En-quote.  And they aren’t kidding!!  This album being the first offering from this four-piece, they present 39 minutes of pure stoner/doom/psych/unadulterated rock-n-fucking-roll wrapped into seven tracks that will melt your brain like the smoke of an opium-den.  You are instantly consumed with all of the bass rumbling, drum skin splitting, power chord ripping slathered in lead crescendos that shake your core in the essence of what HEAVY music is defined as, and then taking you further down that road  than you have ever been before. 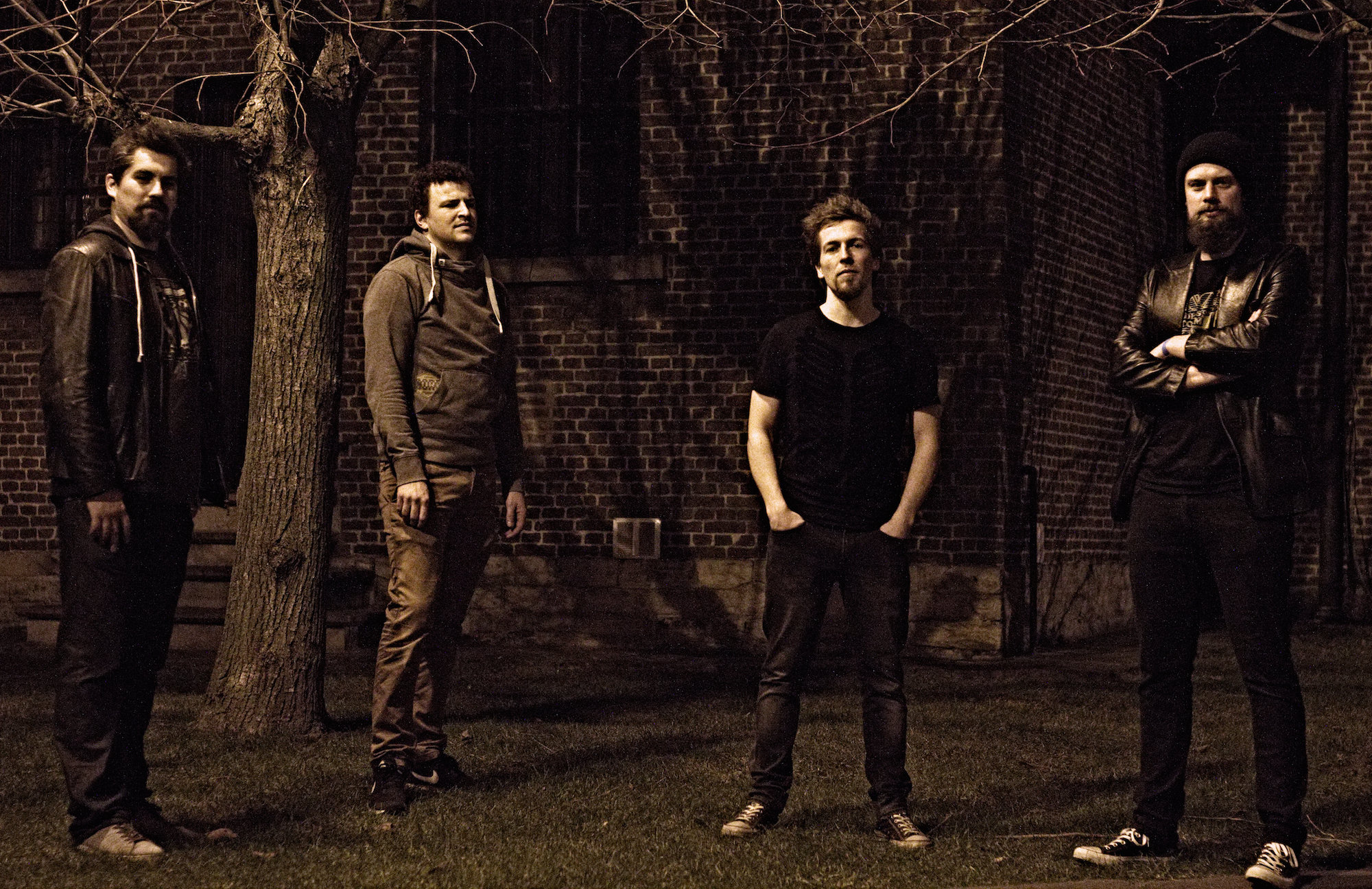 Listing their influences from TOOL to ELDER, as well as from THE BEATLES to DEFTONES, there is little doubt as to the intent here. Instrumental opener ‘El Viento Del Desierto’, translated as ‘The Wind Of The Desert’, sets the tone as you settle in for this trip and you are greeted with the sounds of including crickets and the ‘cracking’ of a beverage as a loopy acoustic slide guitar permeates the air around you until ‘Through Dust And Smoke’ hits you in the chest with both barrels from a muted chord progression to full-on power chords rip it up with the body as plush and that vocal steps tall letting you know his stand stating “I don’t want to hear the news, shut your mouth before you speak.” and with a rolling snare, the real ride has begun because “The less you know, the less you feel.” Thick bass pulsing flowing in absolute symmetry with the thundering time-sigs and the spell has been cast as you grab onto each echo of “Shut up” at the end until ‘Roadburner’ cracks the sky with an almost tribal tempo until the harmonic dissonance takes control again with this faster paced romp that is indeed a perfect road-trip track that would probably induce a need to get it hammer-down with this tempo, album title right in the verse of, around the middle. The last half of this opus is a guitar lover’s wet dream filled with all the meandering you could want amidst time shifts galore.

Gears shift dramatically as ‘Universe Crumble’ comes on with a haunting single note that warbles slightly until 25 seconds in when an ultra-fuzzed up/phased out bass line joins in with an air of calm as the hand-drum presence and a ringing guitar tone take hold with an almost GODSMACK feel until the two minute mark when the body shifts.  Rising out of the mist that had been lingering at your feet and the cadence is one that forces you to move in time, matching the tempo as your heart races to keep pace.  When the ethereal sounding vocal finally enters at the four minute mark, the dream-like feel takes a turn to the heavy with a bombastic resonance not expected but perfectly suiting this opus, carrying you along until the softness fades back in with all the glory so befitting this song.

‘Resurreccion’ is another instrumental that is absolution perfection in it’s passion-filled purity and flows as smooth as glass right into closing tome ‘The Mammoth’ that is as majestic as the whole of this record and clocks in over 11 minutes itself and is the embodiment of the sum of the rest of this album, letting each member showcase themselves while fitting in seamlessly with each other creating what can only be described as a force to be reckoned with. Standout track for me, difficult as it is to select just ONE, but the one I kept going back to was ‘Dashboard Jesus’. With the wind in the background as that drumline starts your feet to instantly tapping or in my case, my fingertips keeping time along, that jangly guitar line that rolls on for several measures before the tale of the road takes off from the line and I found myself reaching for the volume every time to try to get it loud enough!!

For a debut effort, I am blown away beyond and hope this a sign of what is to come from these guys, the album will be re-released via their new distributor Ripple Records after they worked out a deal in January 2017 and let’s hope they make it to our shores to afford to witness this band in the glory of LIVE!! Buy the record as soon as you see it, share it with every set of ears you know and support them if they come anywhere close… keep it LOUD!! 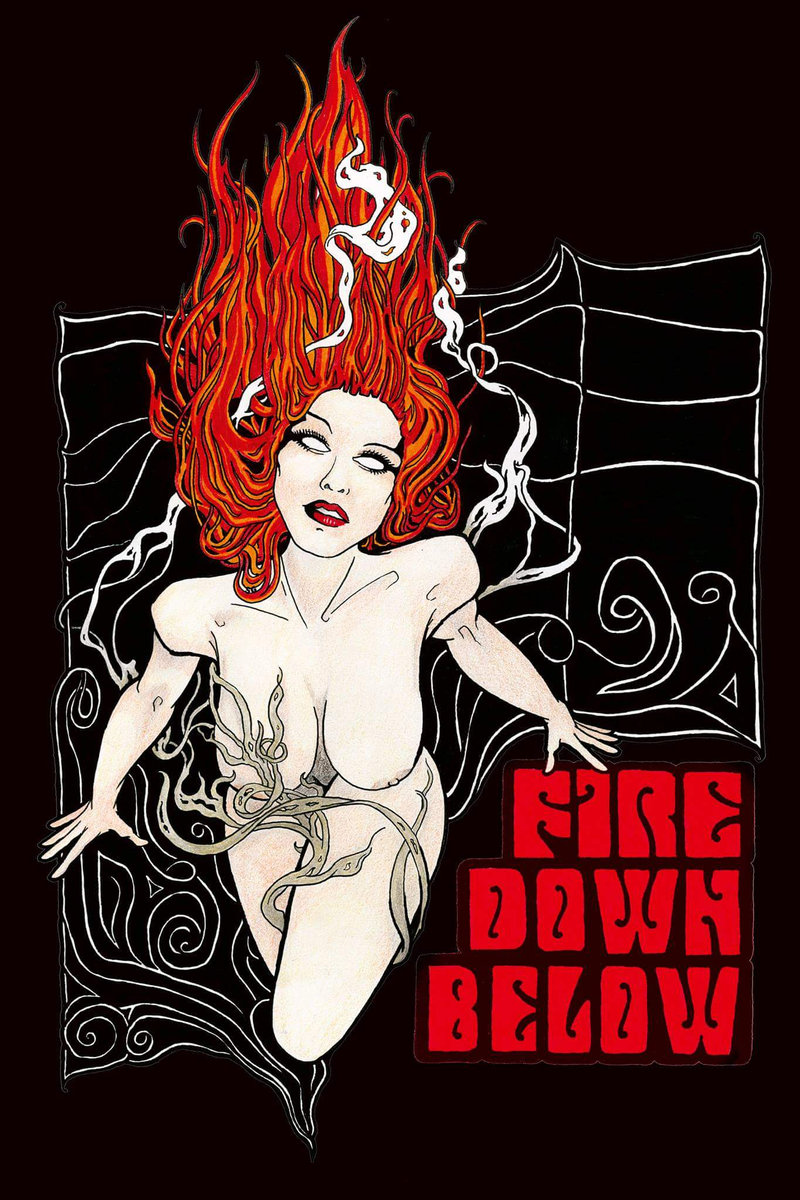