ALONE IN THE MOON

When asked to describe themselves, the band said quote “Alone in the Moon” is a rock metal trio from the exotic Budapest that mixes the rawness of punk with the seducing cliches of hard rock  and the music of the 90’s and early 00’s: from Nirvana to Deftones, from Radiohead to Kyuss, from Korn to Tool.” Enquote. With this sophomore effort, it would seem the ‘punk’ tag has been lost and it is to no detriment in this case. With the first release, ALONE IN THE MOON set the bar particularly high and the demand was such that the “Deluxe” version contained an additional 30 tracks, from instrumental versions of various songs to demo versions to everything in between.

With this record, they have foregone that paradigm to concentrate on the HEAVY side of things and bring forth this 26 minute opus that is SONIC in the hard-rock trappings and are even more precise in delivery and content. From opener ’27’, with the fade in guitar chord before the bass and drums hit in this almost stoner-tempo.  The sheer plush POWER rumbling out of your speakers for the first minute plus takes the bar and raises it even higher than the last release as we listen to this tale of “a beautiful anger”. The loopy soloing and non-stop pummeling your ear drums are taking in from this power-trio takes you along at a clip that is comfortable and static at the same time. ‘The Jury’ is a faster pace and equally punishing with the bass guitar combo that is driven even further with that drumline that keeps everything moving hard and fast compelling you to keep pace as you hear the extra clicks and sticks flowing back and forth over that chunky guitar/bass progressions, moving along in response.

‘#MyLifeIsBetterThanYours’ opens with an ultra-fuzzed out bass line, accompanied by a closed-hit hat tick before that vocal begins the diatribe here about “Beautiful People” that is almost tongue-in-cheek. There is a sneer that follows that bass-hook that never stops in it’s gravitas pull, where ‘Be A Woman’ is even faster in pace and has that almost-punk attitude in delivery and content, heavy and fast chord progressions driving this one right to the edge. ‘Body Police’ is one of those songs that will be an ‘earworm’ as it gets instantly stuck in your brain with it’s chugging engine that screams like a V-8 with the power of nitro fully activated.

Then there are the between-track insertions that are all named, no seeming correlation between the inserts and the songs prev/after and the relevance of each is unique and makes you pay attention, even if just to say “What the fuck was that?” from ‘Office Rockstar’ to ‘Daily Private Minutes’ and they all suit this album perfectly.

The stand-out track on this one for ME, is closing song ‘Recluse’. Opening with a solo guitar, before this tome of ‘pulling away from people” gets rolling and the solo section alone has enough bravado that you can’t help but smile as the notes soar and dive all around you.

Rarely is a second record anywhere close to being as good as the first release and with “Glamour Grunge”, ALONE IN THE MOON has completely surpassed what the first album established. Get it as soon as you can, share with every person in your plane of existence, support them ‘live’ if you get the chance and keep it LOUD!! 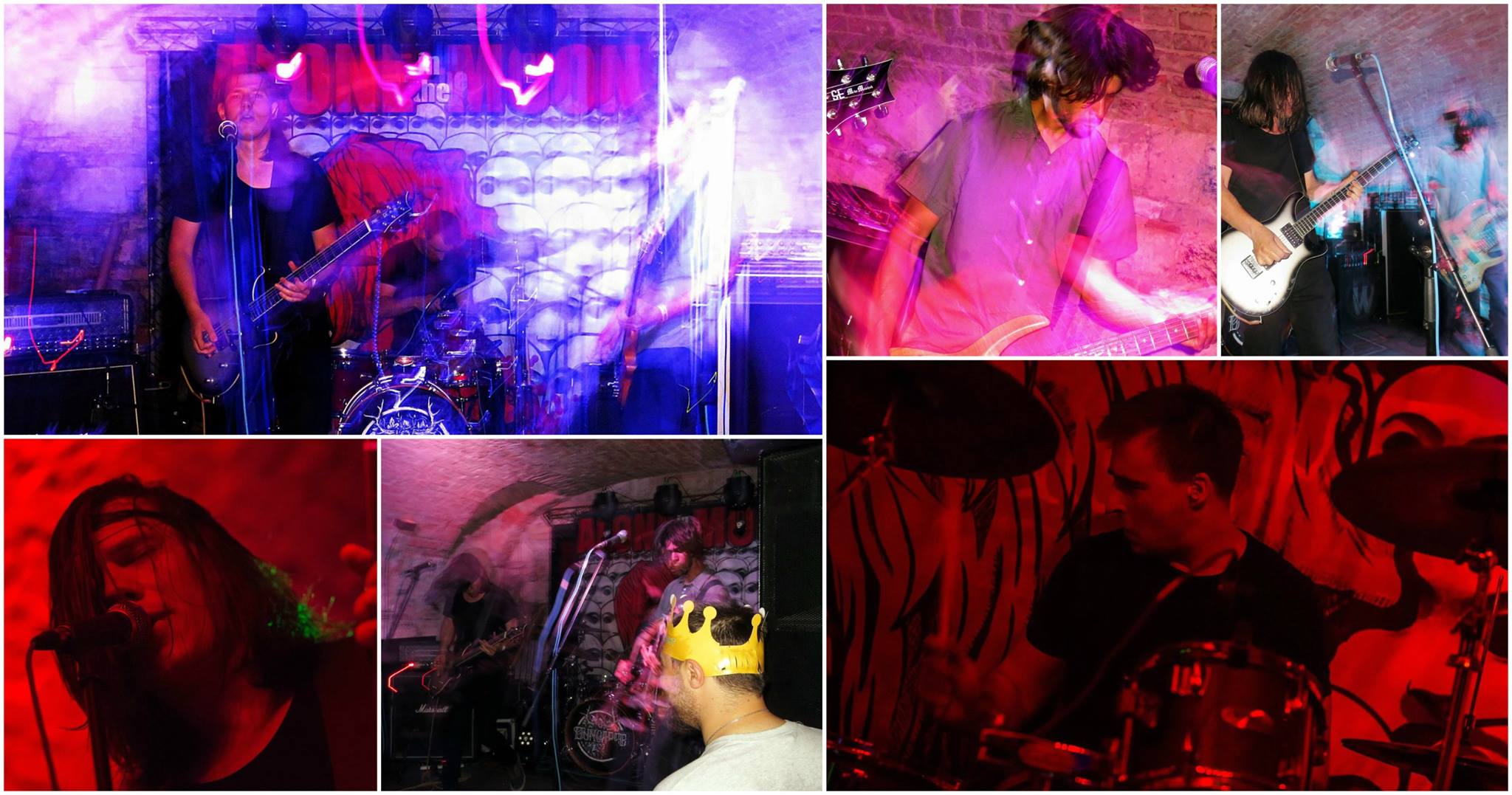 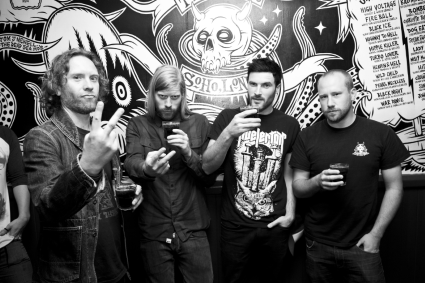 Hey all this is The Ancient One inviting you all to listen to a Trio of rockers Marcos (guitarist & vox), Julen (drums & vox) and Jorge (bass) from Madrid, Spain who call themselves The Bluestone. After seeing their video ‘Georgetown’ on YouTube I had to see if I could purchase their music on my favorite music platform Bandcamp, and happily discovered the bands Debut album The Seed was there waiting for me to listen to it.  Yes, this was released back in 2015 but has seemingly flown under the radar.  Until NOW!!

Recorded over 3 days in a small studio I imagine the music had to be done in as few takes as possible, as studio time can be expensive. In a conversation I had with Marcos via private messenger on Facebook I learned that this was done like a live recording. Meaning the band all sits in the studio playing the music rather than being recorded individually then having their parts mixed and mastered by the sound engineer. While some may shrug this off as no big deal, conversely, it IS because that means the band works well together and the listener gets to hear what the band sounds like on stage from the comfort of their headphones in your mom’s basement or in at your House Party. Yep, it’s that diverse!

The Bluestone may call themselves a Grunge band with a delicate progressive taste. But they also add some psychedelic fuzz mixed with Spanish and Arabic guitar playing methods leads me to call them desert  rock especially when I listen to the politically charged ‘Georgetown’. But does genre really matter when the music is good? If you like bands such as Greenleaf or just good ROCK ‘N’ ROLL then I recommend yo purchase The Bluestone’s album The Seed.  Some of my favorite tracks are ‘Faster’, ‘Maybe’, ‘Black Belly’, ‘Georgetown’, and ‘Stoned’.  To quote the band, They call their sound “Pure dirty rock that can make you jump on any stage!!!”