Two years and three months in the making, this “S/T” album marks a landmark with it being the first full-length release from HELMER and is right on time to fill a void that has been growing wider in scope.  That being original music filled with power and managing to avoid falling into any of the trappings of heavier music while showing a mindset of singularity… to make ‘formula music’ obsolete and forge forward wielding ‘axes high’ in this 9-track, 38+ minute venture into the mind of guitar-master Stevil Helmer. 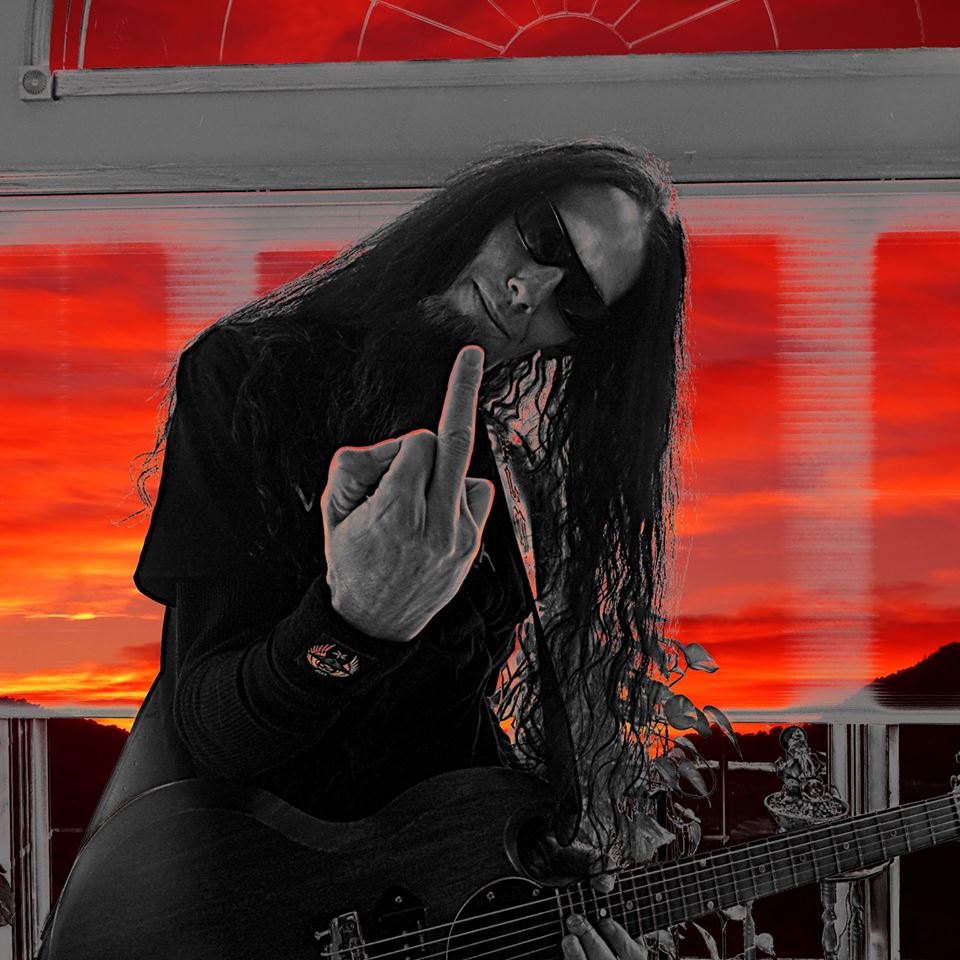 Each of these tracks is ‘tall-enough’ to stand on their own, much as ‘Bag Of Dimes’ and ‘Ivory Tower’ have done, originally released as singles, and together as a unit, the resulting compilation is simply…. KICK ASS!! From the dark fade in of ‘Electromagnetic’ to ‘Burn The Rain’, with a staggered tempo entry, it is clear there is no rest or compromise offered in the relentless pulling as the HELMER train keeps you moving along with no thought of anything but MORE…

‘Caveman’ has this chilling harmonic squealing that turns into the thickest chunky melody that keeps hitting hard and heavy as we “Shine, shine, shine, shine…”, while ‘Two Birds, One Stone’ hits your brain asking “If Misery loves company, than why am I alone?” and the body of the song is immediately rolling hard, grabbing you along.

‘Pure Madness’ is more of a doom/stoner track in it’s delivery, nice and even and filled with guitar textures galore to fill the most ardent guitar fan with happiness and when ‘Hey Hey My My’ hits, there is nothing to do but scream along with this absolutely genius update that even NEIL YOUNG would have to smile wide. On the version I purchased, the original version of ‘Ivory Tower’ is including in all it’s haunting acoustic glory that was how I heard it first and shows how much even one song can progress just by shifting gears. In MY opinion, the combination of both versions, acoustic first, followed immediately with the electrified would be the perfect set closer/encore in a live setting and would melt heads off.

Get YOUR copy of this immediately, share it out and shove it down the throats of the unwilling. Get out and see this music live if you are afforded the opportunity and keep it LOUD!!