Every fan of underground heavy music knows how the legendary Scott ‘Wino‘ Weinrich-fronted band The Obsessed are back in a major way currently, circa 2017. The band has been the centerpoint of mass focus and near hysteria since announcing their return in 2016. That announcement eventually led the band, with drummer Brian Costantino and bassist Dave Sherman alongside Wino, to sign with Relapse Records. From there, the guys went to work on writing and recording a new studio album, the band’s first since 1994’s The Church Within. Eventually, said album did manifest as the hugely successful ‘Sacred‘. Since that time in the studio, the band underwent a couple of membership tweaks, ones that have now settled with bassist Reid Raley completing the trio’s line up. As is the case with new records and oldschool legends, The Obsessed soon decided it was time to take things to the road and so they compiled a powerfully alluring touring package that included Karma To Burn and Lo-Pan. Others would join along at some legs of the trek like Fatso Jetson, Weedeater and Primitive Man so all in all, this was a tour that only a damn fool would miss. I had no intention of being that fool when I hauled ass over to The Hideaway in Johnson City, TN. back on May 10th for this Volunteer State stop of The Obsessed, Karma To Burn, Lo-Pan and Navajo Witch caravan.

First up this night was the regional heavyweights and purveyors of pummeling sludge, Navajo Witch. The beloved trio of guitarist Allen Keith, bassist/vocalist Dylan Rutherford and drummer Ross Grindstaff are all well known fixtures within our area’s music community. The band itself now has two official releases under their belts with the 2013 Skinwalker EP and 2016’s full-length, Ghost Sickness. Tonight saw the trio unleash their heavily volatile but totally groove-fueled style of sonic abrasiveness. Navajo Witch are loud and very musically dense, they do not rely on any bells or whistles to augment what it is they do and what they do is savage. Melding a variety of tempos into their crushing stage delivery, they keep it tight and heavy with some alternating vocal stylings. So heavy in fact that you’d have a hard time believing they are a threepiece without seeing them yourself. The beast that is Navajo Witch also treated us to some new tunes this night, so new in fact that a couple are not even titled yet, ha! Their setlist consisted of the well known standards ‘Rites Of Divination‘ and ‘Ghost Sickness‘ but it began with what we will call ‘Untitled 1‘ and ended with ‘Untitled 2‘. There was also a titled new track in there too, one being called ‘Still We Rise‘..a bit of a misnomer seeing as how Navajo Witch‘s thunderous rumbling nearly brought down the room to rubble.

Next up this night were the continually astounding Columbus, OH. quartet Lo-Pan. If you’ve seen these guys before then you already know that they are one of the tightest bands in all of rock and roll, seriously. Setting up in their usual unusual configuration with vocalist Jeff Martin toward the back behind drummer J. Bartz, bassist Skot Thompson and guitarist Chris Thompson, the guys tore it loose. The rhythm section of the band are nearly impossible to avert your gaze from when watching Lo-Pan and I’ve said it before but here it is again: Bartz & Thompson may be the absolute best in the business (outside of Clutch’s Maines and Gaster). A phenomenal sight to see and an even more powerful one to hear, the pair powers each Lo Pan song like some rhythmic dynamo. Meanwhile Martin croons some of the most solidly soulful vocals there are and, for the third time in a row of my seeing them, this was a recently acquired new guitarist in Chris. I say new but he’s fell right into place after providing the axe-work for the band for several months now and came on board around the time Lo-Pan recorded their latest effort, the In Tensions EP.

There is always more than just universal recompense ablaze when West Virginia’s Karma To Burn grace a stage somewhere. Tonight was no different either as guitarist Will Mecum, bassist Eric Clutter and drummer Evan Devine did what they do best onstage next. Exactly what that is must be witnessed to fully comprehend as these three have somehow harnessed the truest, most legitimate power of the trio. 99.999% instrumental, Karma To Burn are 1000% unbelievable and so finely tuned that they operate like a machine. I say that despite Will’s having some tuning issues once or twice but undetered, they blistered every ear within earshot with their furious onslaught of numerically designated songs. Always a spectacle to observe, the animated intensity with which all three of these guys go at it live is something that’s beyond merely impressive. Mecum’s maestro-like hand gestures are used to accentuate the guitar-fueled grooves he is constructing at that very moment while Clutter’s all-over-the place bass abuse nearly rivets your eyes in place. And Devine, you ask? He is like some unholy tempest upon the drum kit, furiously pummeling said kit in a manner befitting of someone with multiple appendages. No, I don’t mean the normal two or even four in his case, what he does only seems within the realm of possibility for someone that happened to be an Octa-ped. 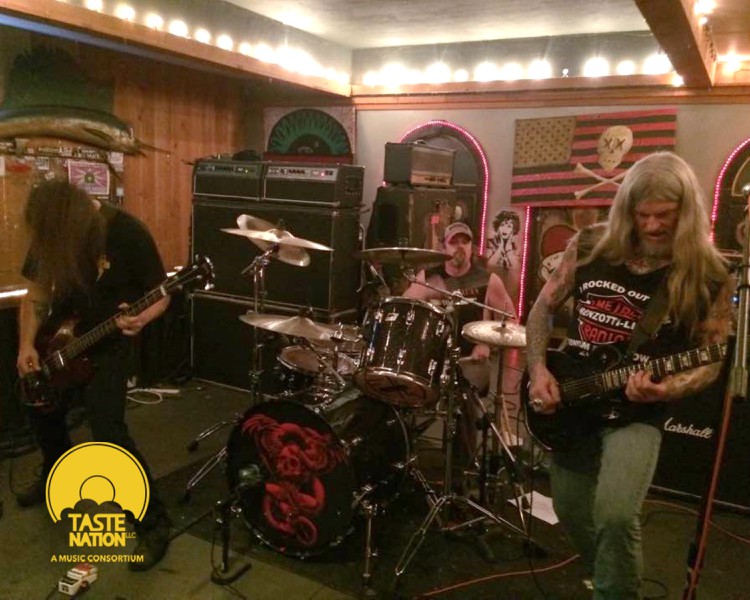 Now three bands in, The Hideaway‘s crowd had grown quite immensely and was gradually becoming a standing room only audience. But there would be no agitated wait like some shows, where some primadonna indulged their status and disrespected their fans with an unneeded, extensive wait. No, the legendary Scott ‘Wino‘ Weinrich and his bandmates in The Obsessed, Brian Costantino and Reid Raley commandeered the stage at this point. The trio instantly unfurled their critically-lauded new album’s glorious title cut, ‘Sacred‘, before veering right into one of their beloved classics, ‘Streetside‘. Hearing the crowd sing along to the lyrics and choruses revealed that those present in this house were familiar with output both past and present. With each new song rendered, ones ranging from ‘Blind Lightning‘, ‘Protect & Serve‘, ‘Decimation‘, ‘Climate Of Despair‘ and ‘Hiding Mask‘, The Obsessed seemed a band possessed.

Wino’s playing has increasingly become more and more fierce with each new set that I attend and knowing him as I do personally, I dare say that he is rejuvenated these days. Reviving his beloved band, new blood in it, new album from it, whatever the case may be, Wino seems to really enjoy himself lately and it shows. Another showing that comes shining through is that from the backline anchor, the man that holds it all down and in place, Brian Costantino. His concrete-like heavy handed, hard-hitting style of playing reverberates shudders across the airwaves with each strike laid. Plus, make no mistake, Reid Raley is a bottom-end monstrosity himself, generating visceral vibrations in such cuts as ‘Be The Night‘, ‘Skybone‘, ‘The Way She Fly‘ and ‘Streamlined‘. In fact, The Obsessed played most, if not all, of ’94’s iconic The Church Within along with a respectable number of tracks from Sacred.

Two of that latter album’s tracks were especially enjoyable for me personally as the introductory cut, the re-working of the band’s first-ever song release, ‘Sodden Jackal‘, is so damned heavy now. Even Wino commented about how he’s had the desire to revitalize that old tune for a long, long time and now that he has, Jeee-zus! The depth and density now permeating the song is nearly inhuman while another Sacred selection, ‘Razorwire‘, is just a lively, kick-ass good time of a song. Clearly I was not alone in that appreciation either as people all over the place lost it during its roll out. Playing somewhere near fifteen songs or so as only they can, The Obsessed showed all in attendance why they are the focal point of so much attention at this time. Sure, it is more than deserved by the threesome, they are great musicians and all that but also because Sacred was decades in the making so to speak. In some bizarro world, we might have never gotten this new album or worse, God forbid, a reformed incarnation of The Obsessed! But, thanks and praise to whomever you wish, we do have Sacred and more importantly, we have The Obsessed..and Wino, Brian and Reid.  And Karma To Burn, Lo-Pan and Navajo Witch as well! 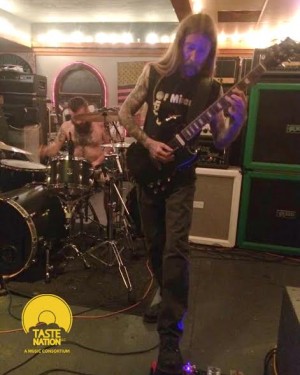 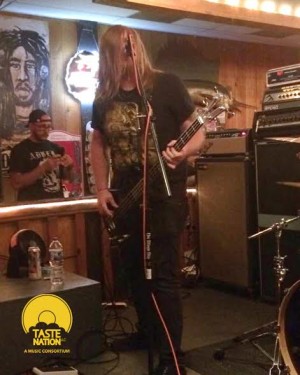 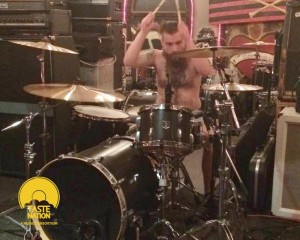 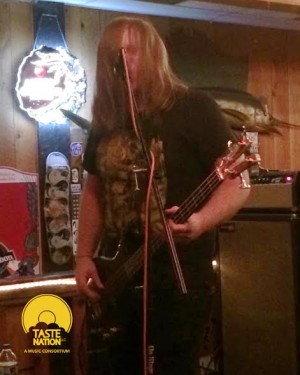 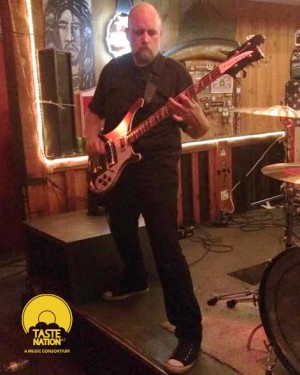 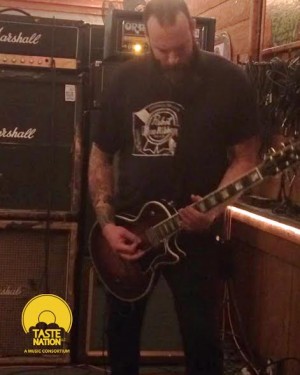 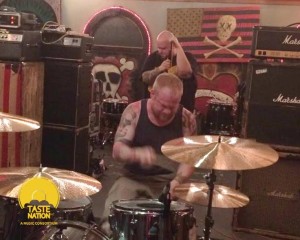 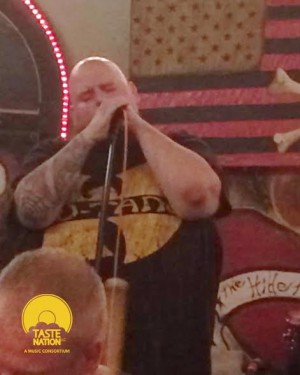 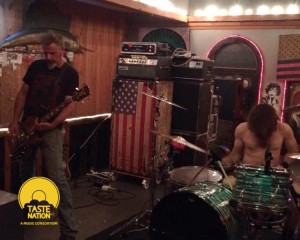 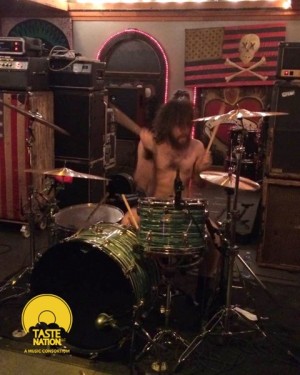 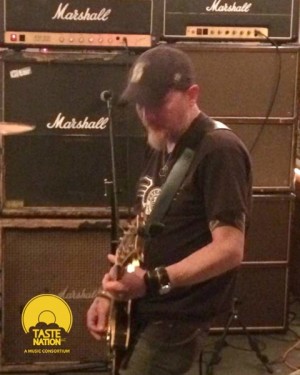 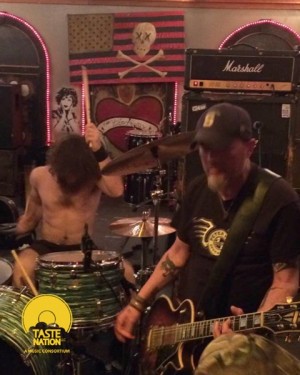 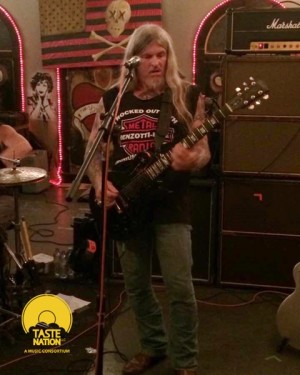 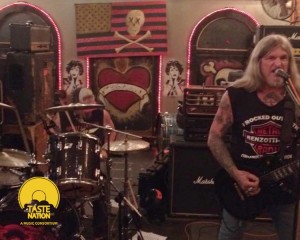 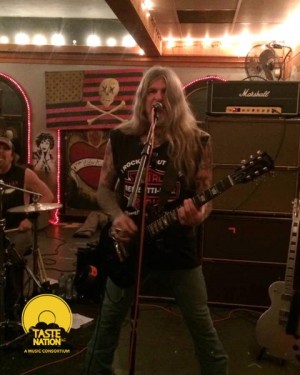 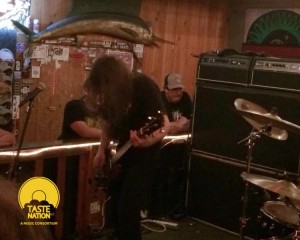 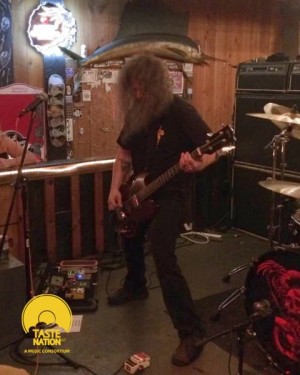 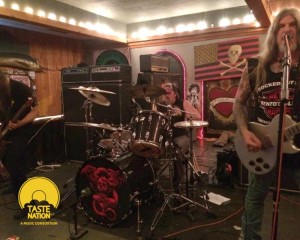 From the moment the wheels of this ‘big maroon van’ hit the ground with the first chord from this Columbus OH band’s latest release “In Tensions,” it’s obvious their self-stated mission is true; they are out to destroy everything.

Four seconds into debut track “Go West” Jeff Martin shows his vocal prowess drawing you into their signature time stamps, letting his voice wrap around you like a latex glove. Lo-Pan instantly takes you on a sonic ride this stellar EP represents from start to finish. “Sink Or Swim” shifts gears into a faster spin on the choices we all face when it comes to ‘finding our way’. We get a second to catch our breath during the distorted bass fade-in of “Long Live The King” before the hammering power chords bring the sonic dissonance Lo-Pan has established as a staple throughout their prolific career. “Alexis” lets Jeff go full-range vocally and shows the influence of Tool with the spiraling delivery that is so compelling throughout this release. “Pathfinder” is the final offering and continues along the road we have been traveling as the title suggests and is the kind of track to make the biggest stoner/sludge fan squirm in satisfaction. Plenty of sustain, delay and phase shifting to almost induce a head rush or two. Well worth the wait and makes me want even MORE! Highly recommend!