In the years leading up to “Mastermind” “Monster Magnet” had transformed into a 5 member outfit with the addition of Phil Caivano on guitar to give the band a more dynamic range in sound. They also went from  Atpeek Music to A&M Records where they went Gold in the US with their 1998 album “Powertrip”,  moved to “SPV” then in 2009 signed with “Napalm Records” then released “Mastermind”  in 2010.  Lead guitarist Ed Mundell parted ways after 18 years with the band “to collaborate with other musicians and Producers”, forming The Ultra Electric Mega Galactic. Following their European tour replacing him was Garrett Sweeny. 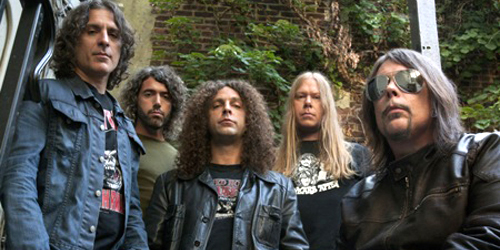 For some a review of  Monster Magnets 8th album “Mastermind” might be kinda old hat. But for me and anyone else who has never listened to it, “Mastermind” is brand new. Having never heard it I chose to do this review just so I could have an excuse to listen to it when we came up with our nifty Monster Magnetic Monday Idea.

What came to my mind when I first listened to this is when it had been made Monster Magnet had been together for 20 years when most bands are lucky if they manage two albums. Like many bands that last that long they have managed to keep their core sound that makes them the band they are but change with the times. Unlike Superjudge and earlier albums “Mastermind” has a bluesy feel to it musically and lyrically with more mature subject matter. All in all a solid album. Some the songs I like most are ‘Bored with Sorcery’, ‘Gods and Punks,’ ‘Mastermind,’ ‘100 Million Miles,’ ‘Time Machine’ and ‘Ghost Story.’