Review:
Psy:Code is a Danish modern hardcore / deathcore act who recently signed to Pavement Entertainment. Mørke is their 3rd independent release that’s created a stir of interest just before their recent signing. According to their website, it’s been a dream of Psy:Code’s to go to America and play their music and between signing with an American label and the scene’s current fascination with deathcore and grind core, the timing couldn’t be better for Psy:Code to realize their aspirations.

Starting with the cover, I’m not exactly sure what they’re going for with this one. The plant and the head and the skull… no clue. I was hoping translating the album title would shed some light on this. Ironically, Mørke is Danish for darkness. I guess that’s where I’m going to stay on this one for now. Maybe one of my readers can explain it to me? I love symbolism when I’m smart enough to get the reference.

Musically, this album starts with some slow guitars, slightly off-tune guitars for a few seconds before going hard and heavy. Schou growl-screams his way through the album Anselmo-style; though there are some periodical clean backing vocals for effect. How original that is? Well… I’d tend to say not very.

Where I think Psy:Code is going to garner most of their fans is from the technical guitar work from SteiN and/or JezpR. To be honest, there’s not much indication who’s playing the lead here so it could be one or the other or both. While the capitalization seems random the song structure tends to be more technical and progressive. This is an area where my expertise is extremely limited, though I can say that the guitar has six strings… except when it doesn’t. 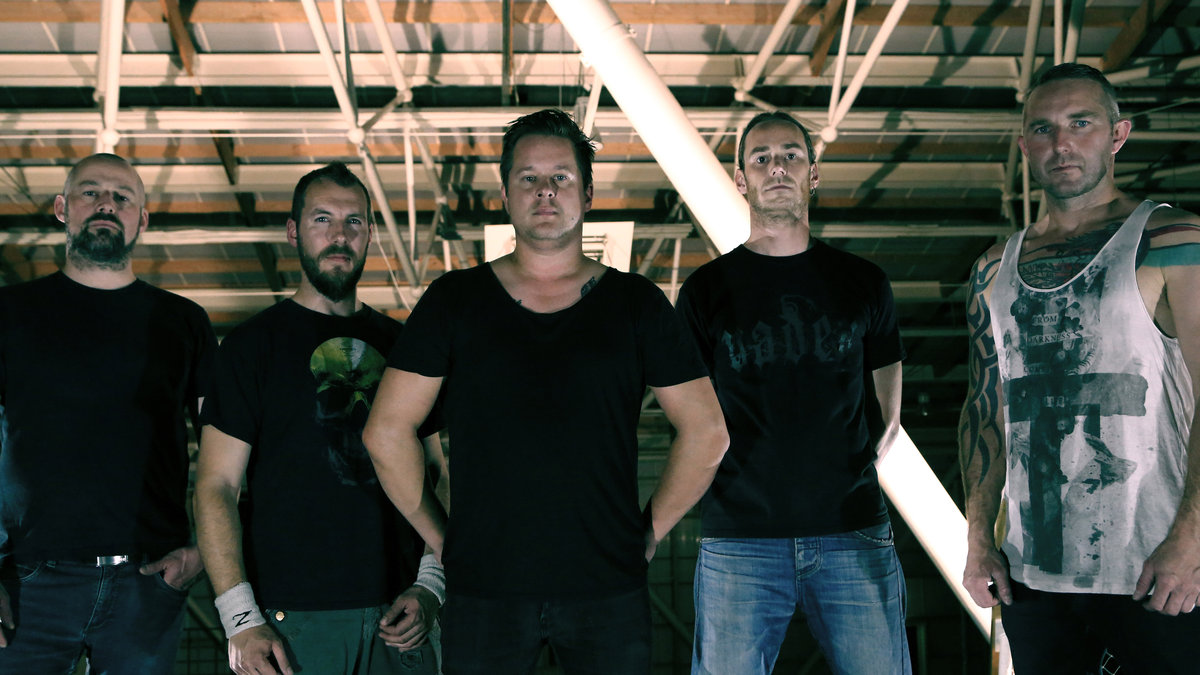 Interestingly, to write and compose Mørke, Psy:Code recluded themselves to a cabin in the Swedish wilderness. If the story in their Riven video is truth, the plan was to make some awesome metal. Instead, they got drunk. I can’t say how many times this has happened to me. Not the part about the Swedish cabin or the part about making awesome metal… just the getting drunk part. Perhaps you can relate? Anyway, what came out doesn’t appear to be the work of drunken fools so I assume they were just kidding. That or I need to start writing shit down when I have a few beers in me. I can hardly operate a pen sober… so maybe not?

Lyrically speaking, I’m not sure what they’re singing. I scoured the internet for lyrics but the best I could find was a lyric video for Riven. They seem to like this song, as this is 2nd video I could find for it. Riven seems to be about being scarred by a vicious former lover or perhaps an over-bearing parent. I’m a little confused but the recurring line “I can’t receive”. I don’t know how this ties into the rest of the words.

In conclusion, Psy:Code is a hard hitting band and  Mørke is a hard hitting album that’s going to appeal to those who enjoy a more technical sound. I believe some will criticize it for lacking variety, which might be a legitimate concern for those who like me who can’t follow the progression. In this case, I think you either get it or you don’t. Check them out and see what you think.