It may come as a surprise to some people given my pedigree, but I’ve got a real soft spot for the guitar driven indie/alternative rock of the 90’s.  My favorite band and biggest influence in high school was The Smashing Pumpkins. When you really think about it, it’s not that surprising at all.  Growing up in Western Mass, some of our most prominent local bands were The Pixies, Dinosaur Jr, and Sebadoh.  Also, growing up in a small town with no music scene whatsoever, none of us realized that it wasn’t cool to like both Metallica and R.E.M.  Our musical tastes were allowed to develop organically, outside of the confines of the types of local scenes that often promote purism, elitism, and insularity, a hive mind whose tastes are established by a few strong personalities within the group who have a strong influence over what’s defined as “cool”, and what’s musical taboo.

What I liked about these indie bands were that they were distinctively guitar-centric bands, and they were distinctively rock bands, with an emphasis on distortion, volume, big rhythm sections to back up the guitars, and elements of anger mixed with other various emotions within the songwriting.  Which transitions us right into NARCS, the little Leeds U.K. band that could.  Wow, that was a rather short tangent for me, I may have to drudge up another one later in the review!!  The first sentence of this paragraph accurately describes their sound, though I’d obviously like to get into it a lot more.  I’m not much of a fan of one sentence reviews, although I do believe the review I wrote for Metallica’s new record was right on the money, and distinctively wrapped up everything I had to say on the matter in a single sentence: “Wow, Metallica tries really, really hard….”  I’m just quoting it here for posterity, and to also start my second tangent, which is basically to say that more and more, I’m realizing I don’t want to fall into any kind of formula when I review records.  I used to talk a little about each individual song, because a lot of other reviews do that and it seems impressive.  It also makes the reviews lengthy, and maybe too much so for a society that’s been conditioned to have such short attention spans.  I’m largely going to start avoiding this practice, because it is formulaic, and it’s redundant.  Plenty of other reviewers do it, and I’ve said time and time again that their opinions are just as valid as my own.  Read their reviews.  I’m not taking it totally off the books, as it may make sense at times, just like my Metallica review makes perfect sense for me in the context of that record.

What I’d like to really get into during this review is a point of contention: I do read other reviews because I’m insatiable curious about the thoughts and opinions of others, and what keeps reoccurring is this tendency to refer to NARCS as a grunge band.  And I don’t really like that, perhaps because for me, grunge pretty much died with the release of Nirvana’s Nevermind.  Seriously, from my perspective that’s the nail in grunge’s coffin.  To me, grunge was the sound of early Soundgarden, Melvins, Green River, Mudhoney, and TAD. These bands initially recorded their records loudly and cheaply, often with Jack Endino, and often releasing them with Sub Pop.  They tended to mix elements of punk and metal in a way that differed vastly from crossover thrash. These records came out in the late 80’s and early 90’s, and yes, I’d include Nirvana’s Bleach as a prime example of an actual grunge record.  Later on, the term became applied to just about ANY band that came out of Seattle in the record industry’s attempt to figure out what in the fuck had actually happened with Nevermind, to replicate that magical yet allusive formula, and most of the aforementioned bands got major label contracts and mainstream-ized their sounds.  Of course, this also led labels to sign just about any band with “alternative”/underground credibility, which led to the term “grunge” also being applied to bands like The Meat Puppets, Cell, The Screaming Trees, and Nudeswirl.  I can accept that, and in this terms, I can also accept that NARCS are a “grunge” band.  They’re loud, swanky, aggressive, quirky, catchy, noisy, and draw from a wide variety of influences.  However, another part of me thinks that it’s really a disservice and a bit lazy to call them a “grunge” band.  They certainly draw influence from almost all of the bands that I’ve listed, and their sound is extremely 90’s centric.  With that being said, I can hear also hear elements of The Jesus Lizard, Unwound, and Fugazi in certain songs, and none of those bands fit very neatly into the grunge category.  There’s also a lot of shoegazing going on in terms of the production and the way that the guitars are layered.  Some of the stereo panning is quite lovely.

The vocals are also quite lovely and subdued at times, though at other times, they’re snarling, over-the-top blasts of bile and vinegar.  For me, they’re one of the high points, and frontman Wilko (not to be confused with the critically acclaimed band that I do not really care for) is to be commended for his performances.  The juxtaposition of his soft, lulling indie adulation and roaring punk sneer is one of the  main things that makes this record sound so vital and so immediate, and his performances always mirror the instrumentation. Wilko should also be commended for the passion of his lyrics, and their political relevancy.  England needs more bands like this right now, hell….we all need more bands like this right now. 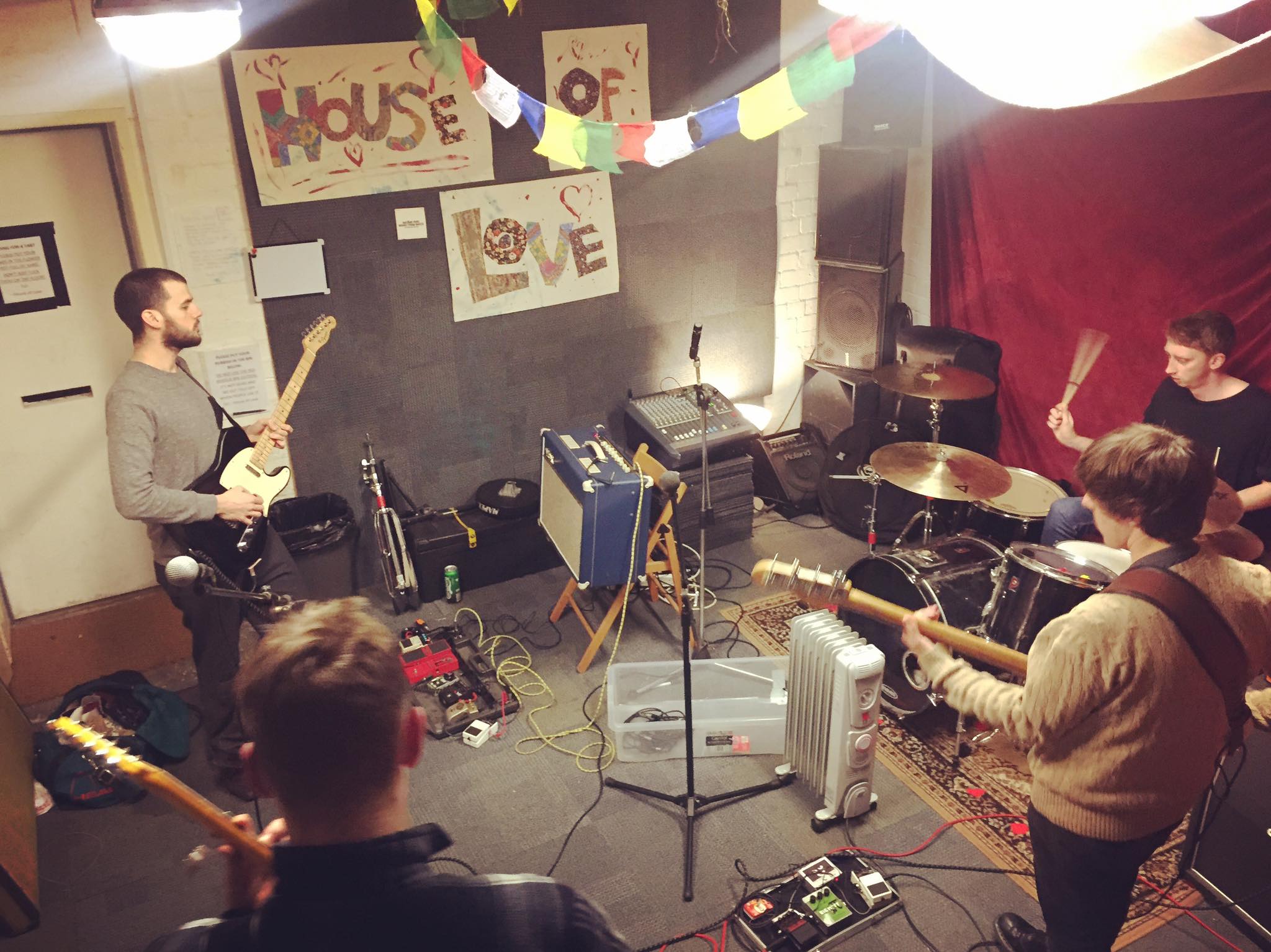 Despite that no two songs sound all that much alike, there’s a strange coherency to the record, largely in part due to how eerily the guitars, vocals, bass and drums are always clearly on the same page stylistically.  It’s rather magical to listen to.  At 11 songs in 43 minutes, NARCS don’t overstay their welcome, and it’s the perfect length for vinyl.  I feel like the supremacy of the CD in the 90’s often led to albums that were overlong, had filler, weird “hidden” tracks that were ultimately annoying, etc.  You’re not going to find any of that on A Thinking Animal, just another demonstration that these definitely were using their heads when they made this record.  It’s aptly named.  Do yourself a favor and check out the single “Pigs”, which I’m sure is up on YouTube.  It’s a pretty accessible place to start.  If you really want to hear something wild, see if you can find some of the more acetic tracks like “Mile Die” or “Empathy The Dog.”  Everything is on YouTube these days, so you can make up your mind if this is an album that’s worth your continued attentions beyond reading this review.  For me, I’m kind of kicking myself that I didn’t hear this last year when it came out, though they were largely off my radar.  I’m seeing an extremely bright future for these Leeds lads, as long as they can keep thinking like animals.