One of the U.S.’ most promising, upcoming oldschool thrash-influenced bands, Atlanta’s Death Of Kings, have shared some details of their upcoming release. ‘Kneel Before None‘ will be issued through Boris Records on June 2nd and is the anxiously awaited full-length follow up the band’s fierce 7″ Single, ‘Hell Comes To Life‘. Death Of Kings is sharing the new song ‘Shadow Of The Reaper‘ today, an incendiary salvo of scorching guitars and all-out metallic aggression.

In further news, the band will also embark on a US tour that will begin in June. All dates can be found below.

Narcotic-like noise mongers Drug Honkey are preparing to unleash their new offering, ‘Cloak Of Skies‘, via Transcending Obscurity on May 5th. The pre-release hype for the punishing delivery of sonic abuse is reaching a fevered pitch of late. The album, which features guest appearances by the godfather of bleakness, Justin Broadrick and saxophonist most sinister, Bruce Lamont, is the baddest of trips seemingly. With crushing despair and abundant psychedelic savagery , Drug Honkey are poised to scar lives forever.

Today, Drug Honkey are serving up their video for the song ‘Sickening Wastoid‘, which is its very own frightening hallucination thanks to the twisted mind of Paolo Girardi. The morphing, animated album art from ‘Cloak Of Skies‘ appears alive and threateningly menacingly in the clip. Prepare to experience something you cannot un-see once you have your third eye opened to this vile visualizer.

For my own take on Drug Honkey‘s ‘Cloak Of Skies‘, check out my review of it over at Riff Relevant.

As the press release puts it: “Following countless appearances in the underground’s essential heavy directory The Doom Charts and frequent “Next Big Thing” mentions in end of year lists, Vokonis’ The Sunken Djinn will undoubtedly mark the arrival of Sweden’s next great hard rock and heavy metal export.”

A vinyl 7″ of today’s Single, ‘The Sunken Djinn’ (top image), will be released on May 13th from Ripple Music and the full-length album itself on June 9th.

The Taste Nation LLC review of ‘The Sunken Djinn‘ is coming to the site soon.

The sisterhood of heavy metal is strong as all-female Swiss band Burning Witches are hard at work on their debut album. They have launched a PledgeMusic campaign where fans can pick up the album with some added bonuses from the ladies. The album was recorded and produced in tandem by V.O. Pulver and Schmier of Destruction at Little Creek Studio in Switzerland.

Burning Witches aka Seraina (Vocals), Romana (Guitars), Alea (Guitars), Jay (Bass) and Lala (Drums), have a very traditional metal sound. In fact, their sound is not too far removed from the great Doro Pesch/Warlock if you need a convincing comparison to gauge it by. But what you should do is check out the ‘Burning Witches‘ track below and hear the band for yourself.

The band adds: “We had the dream to form an all women’s traditional heavy metal band – now here we are with our first record and we hope that you gonna help us with your pledge to climb up the first steps of the ladder of our career! We have put together a nice collection of items for you, including signed CD’s, posters, shirts, hoodies, girly shirts and opportunities to spend time with us at rehearsal and hang and party with us! Thanks in advance for your support! Ready to fight!”

We are ever closer to the debut album from The Ditch And The Delta, ‘Hives In Decline‘, to be released via Battleground Records on May 12th. To introduce people to the band’s unique take on progressive sludge, today we have the new track “Fuck On Asphalt” shared online. The cut features guest contributions from Gentry Densley of Eagle Twin and Iceburn while the album it hails from was produced by Andy Patterson of Subrosa. Enjoy!

Fresno, California’s occult doom trio Beastmaker will bring their macabre sonic arts to the music loving masses via their new album, ‘Inside The Skull‘, on May 19th. The Rise Above Records release promises to revive the halcyon days of proto-doom and early vintage rock. Today the artwork and track listing for the album have been revealed along with an official video, ‘Nature Of The Damned‘. Recorded and produced by the band themselves, in their own self-built studio, this promises to be an album of fundamental heaviness.

Once Inside The Skull is released, the band will be hitting the road in the US with Zakk Wylde‘s Black Sabbath tribute act, Zakk Sabbath. Tour dates can be found below.

“Nature Of The Damned” video:

Italian psyche-infused heavy rockers Dustrider have unveiled the details of their anxiously awaited debut album, ‘Event Horizon‘. Anticipation has reached a fever pitch as music fans have clamored for a proper release from the powerful instrumental trio. The trio, Bruno ‘Brüno’ Bellisario (Guitar), Andrea ‘Keoma’ Romano (Bass) and Francesco ‘Krundaal’ Romano (Drums) have graciously answered that call. They will unleash the 9-song ‘Event Horizon‘ album via Argonauta Records on May 19th.

Pre-orders for Dustrider‘s ‘Event Horizon‘ are available here and make sure to check out the audio-only stream of the new song ‘Cosmo‘ below. 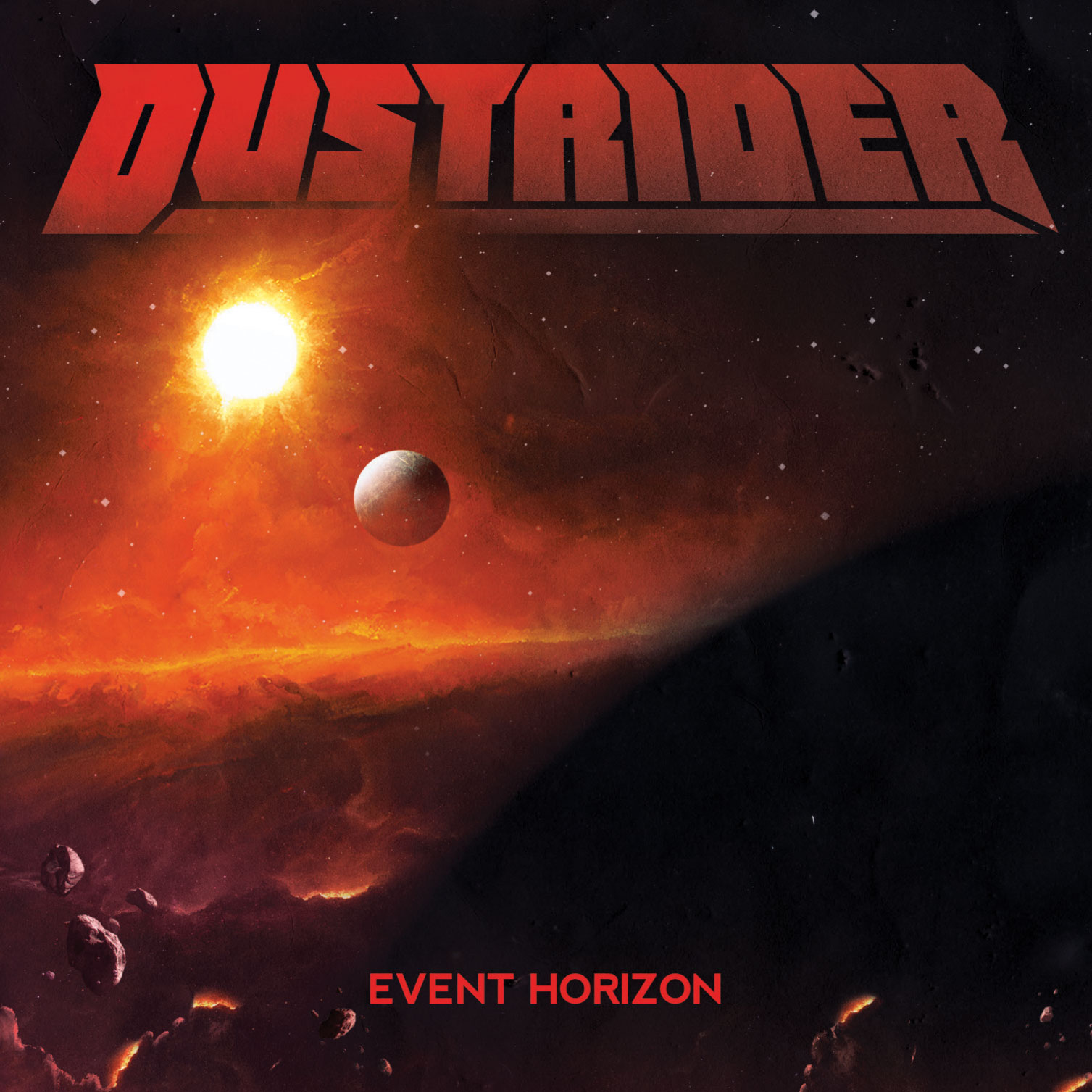 A name like Green Slumber might inspire certain stereotypical expectations in most folks merely upon just hearing the name alone. In today’s heavily pro-marijuana music culture, there has been a grandiose movement within the aptly related genre moniker Stoner Rock that celebrates weed culture. And with that aforementioned name, Green Slumber, some might expect music of a more melodic style with laid back atmospherics and prevalent trippy content. Nothing could be more wrong or further from the truth here with Green Slumber‘s 4-song debut, the ‘Soulfuzz‘ EP. Sure, there’s references to the herb but the music is not at all inclined toward ethereal headiness or otherworldly escapism. No, not at all because this is flat-out fuzzed-up, groove-fueled Stoner Rock inspired by early progenitors such as Fu Manchu or Nebula.

Deeply drenched in Desert Rock inspirations, the tracks ‘Still Floatin’…‘, ‘GoGoGo‘, ‘Soulfuzz‘ and ‘Diagnostic: Brain Death‘ are rich with fat-ass riffs and sticky rhythms. Green Slumber may be based in Traunstein, Germany but it sure sounds like gtrst/vox Done, bassist Maxi and drummer Bene have had more than their fare share of fuzzened Americana feeding them. They put it all on full aural display here too as they navigate along to some highly infectious, utterly fantastic hard rock. You can check it out via the Bandcamp embed below and get your own smoke on to the solid sounds of ‘Soulfuzz‘, my friends.

Portuguese atmospheric psyche stoner rock band Earth Drive has announced their next planned release, ‘Stellar Drone‘, will be issued imminently via Raging Planet. The powerfully well-textured prog/alt. band has issued a video teaser along with the album artwork and tracklist, all of which is included below. The band, which formed in 2007, reached a tenth anniversary milestone this year and will mark the occasion with another assuredly amazing release soon (date TBA).

Earth Drive‘s recorded efforts began with 2009’s Take It Down demo which was then followed by three EP releases, 2012’s Ink Storm, 2014’s Known By The Ancients and 2015’s Planet Mantra. The band’s hypnotically alluring music is an intoxicating concoction of heavily psychedelic-tainted music as evidenced within the new teaser further down. 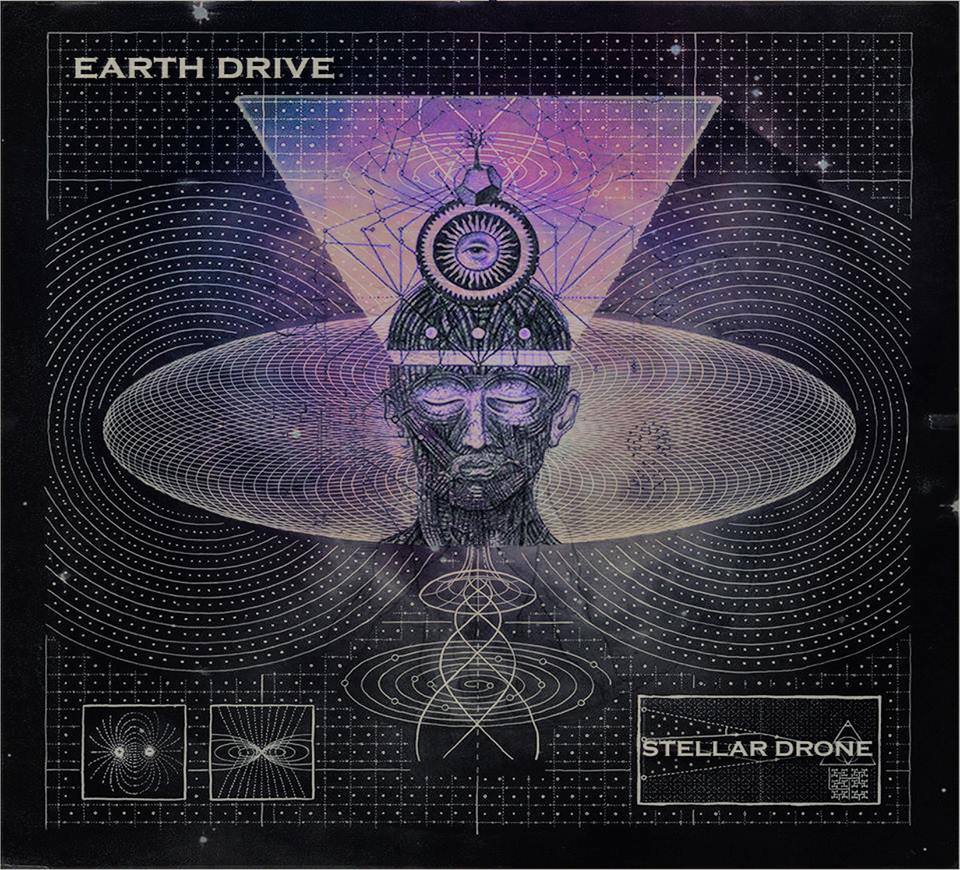 Danzig has unveiled further details about their upcoming new studio album, ‘Black Laden Crown‘, the band’s follow up to 2010’s critically acclaimed Deth Red Sabaoth. The long-awaited new record will be released on May 26 via Evilive Records/Nuclear Blast Entertainment. A new track from the album, ‘Devil On Hwy. 9‘, is streaming below.