Precision In The Face Of Chaos – CD // DD

Quote– “Developed in early 2000, the industrial hard rock band from Los Angeles was contrived between guitarist Isaiah Stuart and Lead Singer Angry Phill. They found common ground in their like and respect for multiple styles of music, largely in hard rock, industrial, electronic and classic pop. During this time, “The expression of emotion,” says Phill, “And the range of musical depth allowed MADLIFE the luxury to explore the human condition.” Enquote. 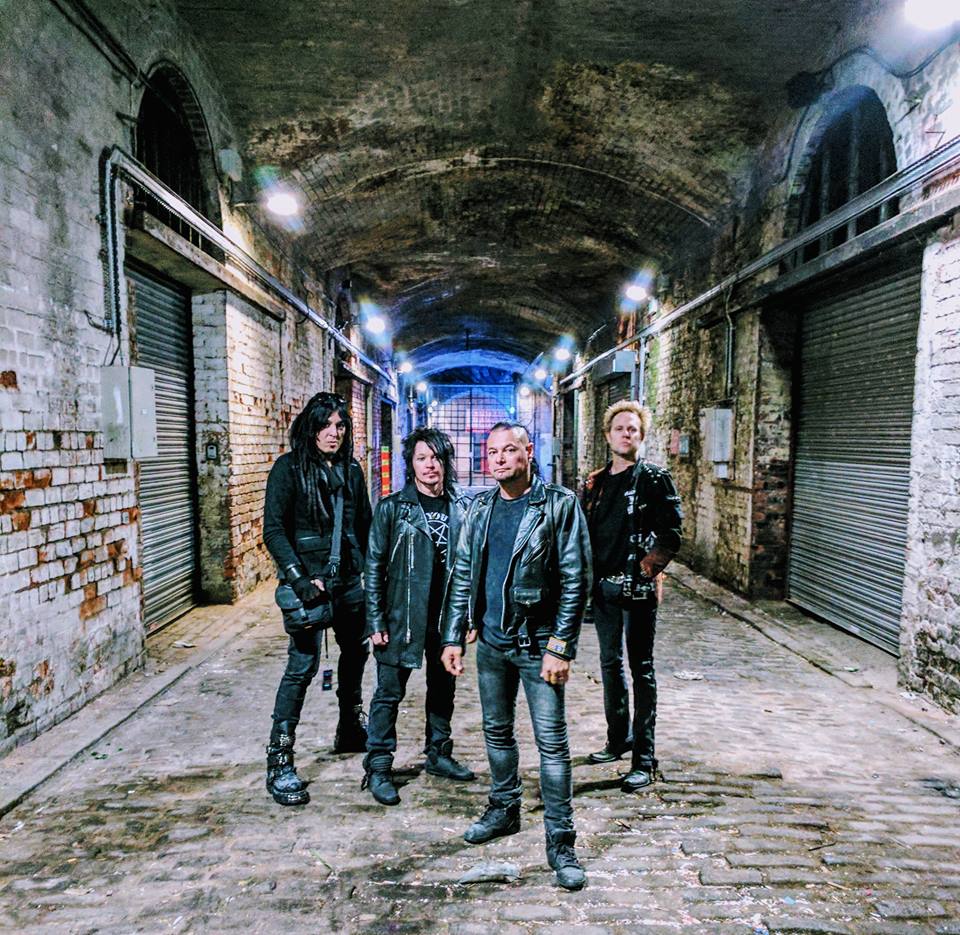 This is a band that has been touring endlessly, playing festivals all the way from the world-famous Milwaukee Metalfest, the Mayhem Festival and Rock Hard At The Park, to name a few, they have shared the stage with the likes of KORN / SLAYER / PRONG / ALL THAT REMAINS / TRIVIUM and so many more, it is no wonder they have endorsements in place and are ready to unleash a new one on the world and the timing couldn’t be better.

Listing their influences as bands ranging from ROB ZOMBIE to COMBICHRIST to MUSHROOMHEAD  to LINKIN PARK, MADLIFE has combined these elements and more into this fifth official release and comes out swinging HARD from the first second to the very end.  This album can very well take this Los Angeles based band to the next level.

Songs with all of the edge and attitude we have come to expect from Phill are in extreme abundance as with ‘Just One Gun’ where we get asked right off “Would you like to sing that angry song with me?” to the pummeling, staggered-beat intro of ‘Nothing Changes’ to straight ahead machine bounce of ‘Pain Of Pleasure’, each taking you in a different direction showing all of the listed influences seasoned with just enough rage-to-taste making it MADLIFE’s blend on your fork even with ‘Love Song’ hammering your ears with that special sauce that we have come to know.

12 songs clocking in at 43 minutes and for me, two standout from the rest, and for completely different reasons. ‘Rockstar’ hits hard with a DOPE meets UNION UNDERGROUND sorta punch and describes all the trappings that drive so many to be in this business and has that MADLIFE sonic-kick intact and full force. Then, there’s ‘All The Angels’ that screams from the first and has that hook that doesn’t let go.

Stellar production values, songs that deliver and leave you wanting more. Sounds like one to get NOW and play until your ears are ringing. Support them live if they come near you and keep it LOUD!!