The Art Of Manipulation – CD // DD

Drums – Jake Lawrenson (on the album)

Review:
In a world filled with an overload of bands out of nowhere, most as forgettable as their music, it is always amazing to me when a gathering of forces manages to coalesce into a force to be reckoned with and have the means combined to put their vision forth with a barrage of what has been described by this band themselves as “a genre defying mix of hard-hitting metal riffs, off-beat ska rhythms, melancholic piano, accordion, catchy female vocals, with a hint of electro” enquote. They further describe their influences as ranging all the way from Alice Cooper to Alter Bridge, from Diablo Swing Orchestra to Living Colour and even as far as Jason Becker to Lordi. Quite the range of sources to pull inspiration from and with this first full length release, they have it all and THEN SOME in the mix. Quite the build-up before I heard note one and as I was researching Ward XVI, I came across this descriptor of what I was just getting ready to devour. And it read…

“The gates of Whittingham Asylum have been struck open and for the first time in history the high security Ward XVI invites members of the public to meet face to face with the UK’s most violent serial killers. The ward’s longest-standing resident Psychoberrie, listed as the UK’S most dangerous criminal, will give an insight into her life prior to her incarceration. With assistance from medical staff Lex Whittingham and Dr. Von Stottenstein and fellow inmates Min and Jake she will tell the story of the reckless life led by herself and former partner Beardy McStumble and the narcotic induced murders that took place prior to his own decapitation. This is a sordid tale of deceit and manipulation…” 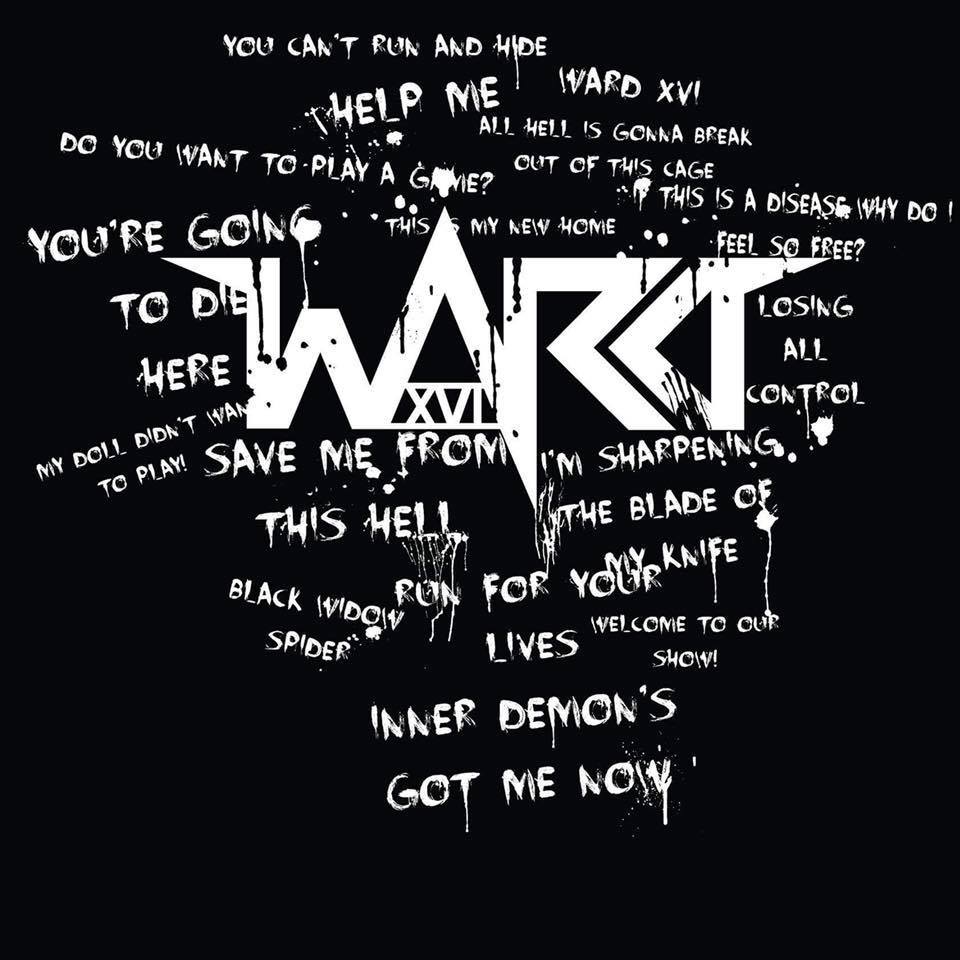 Needless to say, I was intrigued beyond description by this point and I pushed play and cranked it up, ready for what the next 63 minutes held in store and 16 tracks later…

Complete with interludes interspersed between to give further info into the tales spun as Psychoberrie regales us with a clear carry that is her weapon of vocal delivery, each song is the chapter of another as we follow Psychoberry on her road of darkness, told as only she could tell it. Opening with the sound of an old cassette recorder loaded, tape rewound, and it starts with a discussion where in we find out she has been in ‘treatment’ for two years states clearly, she is not insane with a laugh and the story begins with a progression sounding dreamlike as she tells us to ‘take her hand’ as she reminds you that she is more than you can dream along this medium tempo walk and then exactly 1 minute 10 seconds in, pace doubles as the twin guitars punch in over a twisting bass line and key flow that melts perfectly into the hyper-speed drumline as Psychoberrie bids us ‘Welcome to the show!!’ As a fast fade leads right into an almost spacey sound with cymbal washes and that ever present bass rumble gives the body underneath as the keys come up during this build-up before the pick-slide brings in the might behind ‘The Art Of Manipulation” that is an even quicker tempo than the previous and gives the perfect example of what is to be expected from this gathering of six that has created something beyond merely ‘spectacular’ here. “The Flight” is a fast-track that took me immediately to Lords Of Acid with the key-line between verses and this is done in such a manner that Praga Khan himself would be smiling ear-to-ear as Psychoberrie describes being ‘So high, so high’.

“Crystal Ball” carries an almost circus feel with the accordion progression that flows in unity with the tale that seems to be a warning from a fortuneteller, letting us know of Psychoberrie’s tactics that will take you down if you don’t pay attention. Another hyper-speed time shift just past halfway and it is seamless in execution, where ‘Hold Me’ open with a melancholy straight piano jag that let’s the soaring guitar notes and cymbal taps draw you even deeper within to catch her every word as she will ‘suffocate your soul’ and asks to hold her, because she can’t hold herself and the last minute and a half is where the rest of the band get to shine bright with the complexity and intricate weaving in and out and back and forth of each solidifies the way they fit exactly together as a band, even as the song fades out. “Blackened Heart”, “Run For Your Lives” and “Adrenochromania” further showcase the virtuosity of each band member and utilize even further their penchant of mixing as many musical ingredients together to deliver the utmost with each track, and even ‘Inner Demon’ that starts off with sole bass notes quickly coalesces into another instant classic that can stand alone apart from the story of the album, much like each track can and DOES!! 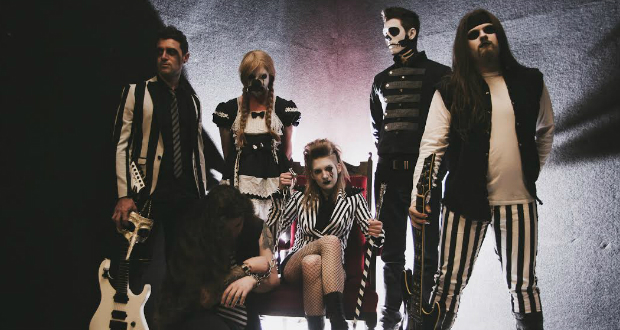 Stand-out tracks for me from this opus would have to be “Toy Box” with the accordion intro and carnival-feel and when the bridge of the songs hits with keys, guitar and vocal harmonizing, it gave me chills of the best kind. “Cry Of The Siren” is another with a touch of electro that is thick and brutal in progressions and time shift and is easily the MOST intricate composition here. And then there is the final track, seemingly the descriptor of where the name of this powerhouse configuration of souls came from and is as haunting as anything I have heard and is the absolute book-end to wrap what is a prelude of what is yet to come. Remember, this is the tale that brought us to the point of ‘two years later when Psychoberry began this diatribe. Whittingham has corroded remember??

From the gauge of this record, there is nothing but amazing things ahead for WARD XVI and I demand you help get the word out, play it for ALL around you and support them if you are granted the chance to witness this live…. Another one of those rare moments when I get to use the ‘I-X’ scale and this is one that blows off the chart with a……what else, XVI!!

As always, keep it LOUD!!