TRANSUBSTANS Records – Originally Released In 2005 (with a bonus video)

Previous Releases:
This was the band’s first full length album. The two previous releases were two demo CDr’s; the first “Further Magic” and “Aboard The Mothership Of Cosmic Sound Creation” both released in 2003 and none of the tracks have been re-released. Their second full length release “Impressionable Sounds Of The Subsonic” was released in 2006. The most recent release, from 2009, is “The Guitar Is Mightier Than The Gun”… Two bonus tracks that were on their MySpace: “Mellow Yellow” and “You Will Be Freed”…

First Band From Outer Space are a Aleatoric/Psychedelic/Space Rock band from Gotenborg, Sweden. Their label describes them as  being “Swedish intergalactical starfighters on their eternal quest for infiltrating the human race with their alien psychic powers of enslaving the neanderthals by brainwashing [them] with the finest space rock ever done in Sweden!”

There are two variations of this cover. The one for the original release give you a better idea of what you are getting into once you get into the music. (Meaning it is more atmospheric) There is a person in a spacesuit on the right and there is a light coming from over their shoulder. The second cover is the one for the digital release it is black with a starfield and two light spots similar to CD, but instead of a astronaut there is a small module with the band’s name filling up most of the screen with the album title smaller on the bottom. (Both in the NASA font) 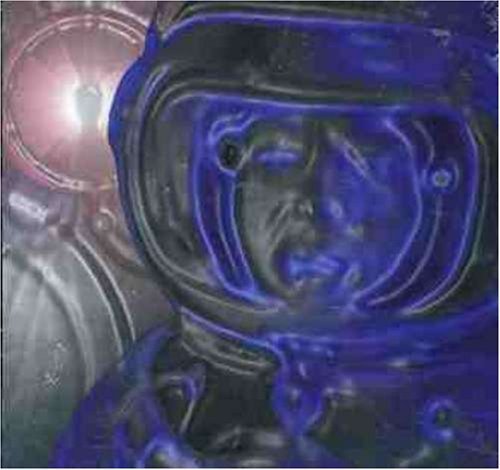 4. Sannraijz II – Here is an almost Mike Oldfield type of track, there are birds chirping. We have now landed on a strange desert planet.           This is the most radio friendly song; it is acoustic and has lyrics throughout. It serves as an intro to the next track.

5. We’re Only In It for the Spacerock – This track is an experience. It is a slow jam calling back to the first track. It is similar to a                 song by Acid Mothers Temple and the Cosmic Inferno called “Anthem of the Space.” Just a very spacey sounding with heavier guitar. There is another sound clip at the end but I cannot quite make it out.   The title is likely in reference to the Frank Zappa and the Mothers of Invention album We’re Only In It for the Money.

6. Make Yourself Heard for the Sake of the World – This track has a Jethro Tull flute part in it. We get our space or eastern                      sounding intro then we get a rocking riff and MoonBeamJosue is bringing us home with his flute. Two minutes in we get our 80’s/90’s            sounding vocal style again. The track ends how it begins. The tracks are all faded into another so it is a continuous piece. 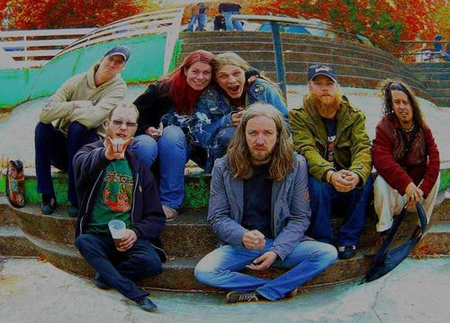 The synth parts of the music are like a 50’s or 60’s look at what music from aliens, (meaning the bloops and bleeps) that was depicted in the old sci-fi movies/shows with guitar and rhythms from 70’s (and at some points the late 90’s) Rock. This album is a mix of Budgie and Acid Mothers Temple and the Cosmic Inferno that I didn’t know that I needed until now. The band show their influences well while making their own brand of Spacerock.

If you like 70’s style Rock with some space synths added in you should definitely pick this release up.

Stream and download the album here.   “No one had a bad trip. It was all very good.”

Just this weekend, Neurosis has re-released their 2nd album, “The Word as Law”, originally released June 1st, 1990 through Lookout! Records. The album has been out of print since the 90’s so fans who didn’t get the chance to buy it up 20+ years ago should be chomping at the bit to sink their teeth into this classic. Since 1990 a lot has happened to Neurosis including a major change in sound which includes the addition of a keyboardist. One fact that’s worthy of note; “The Word as Law” was released in 1990 with 8 tracks. It was re-released with 7 additional bonus tracks in 1991 with Simon McIllroy on Keys. This 2017 re-release exclusively contains the 8 original tracks, remastered. No keys.

The 2017 re-release also has new cover art. It’s simple and elegant. The main image to the bottom right, rule of thirds applied, shows a framed mouth, tongue outstretched and pierced with a nail. To this old metal head, the purplish background looks like battle-worn leather. The image is completed with the band logo in the top left corner.

The album opens with 4 slow, gentle strums of an electric guitar followed by a quick riff and into ‘Double-Edged Sword.’ Neurosis is currently labelled as Avant-Garde metal and early influencers of post-metal  but in the early 90’s they had a much different sound. Their website indicates their early albums are a product of their punk roots. Wikipedia talks about them starting out playing hardcore. I honestly don’t know a whole lot about punk and hardcore, but yeah, I can hear the punk. However, when this old metal head listened to ‘Double-Edged Sword’ for the first time I also heard heavy influence from a very certain other California band. Fair warning: if you’re a fan of punk and hardcore, this might piss you off. I will concede that maybe this band didn’t influence Neurosis, maybe they just share the same influences, being from the same area. In fact, the band I hear influencing Neurosis has identified as former, skate-board-riding punks. The band I’m referring to is none other than thrash legends, Slayer.

Scott Kelly sounds remarkably like Tom Araya on this album. Many of the guitar breakdowns and lead breaks reek of Kerry King BUT with a punk flair. Considering their influence in sludge, it really shouldn’t be too unrealistic to believe Neurosis have some metal roots. The 90’s were a very strange time in heavy music. Many, many bands started off with a particular sound and then went off in a completely different direction, Neurosis included. As a metal head teen in the 90’s, I read a lot of metal zines where I often encountered the term “Slayer Babies.” At the time, Slayer was claiming that too many new bands were copying their sound. I’m sitting here wondering if that was truly the case, or maybe hard music had just reached a point where there wasn’t much variety. Maybe the term Slayer Babies was really the industry crying out for something new and fresh and exciting which Neurosis delivered as early as their next album, “Souls at Zero”. But it’s not 1990 anymore so let’s not kid ourselves, sounding like Slayer-does-punk isn’t a terrible thing. In fact, I rather like it.

Track 4, ‘To What End?’ is more what I expect traditional hardcore to be. The vocals are screamed (still sounds like Araya) in a different manner. The distortion is more hardcore. Lyrically, the whole album is more punk than metal. I particularly enjoy ‘Tomorrow’s Reality’ lyrics and my comparison to Slayer completely breaks down for this track where I could compare them more to Macabre than anything else. I’m not sure whose backing vocals resemble Nefarious but damn, that’s a tough sound to generate. My throat hurts just thinking about it.

The album closes with ‘Blisters’ which gives us a hint of the sludge to come. It’s slow, thick to start and bass-y.  It’s almost as if they knew where they were going next and saved this track for last as a hint for the listener.

Neurosis Lineup during “The Word As Law” Era!! All-in-all, the re-release of “The Word as Law” should be viewed as a second chance, of sorts. Neurosis fans of new should rejoice at a rare chance to pick up an album off their back catalog that might not have been readily available in recent years. Fans of hard music who aren’t familiar with Neurosis get the opportunity to experience the band starting from their early work. And fuck, Neurosis get another shot at making a few well deserved bucks off their early work. For a band who have been at it for decades, it’s crazy when you realize that these guys still have day jobs. So let’s get out and support them.