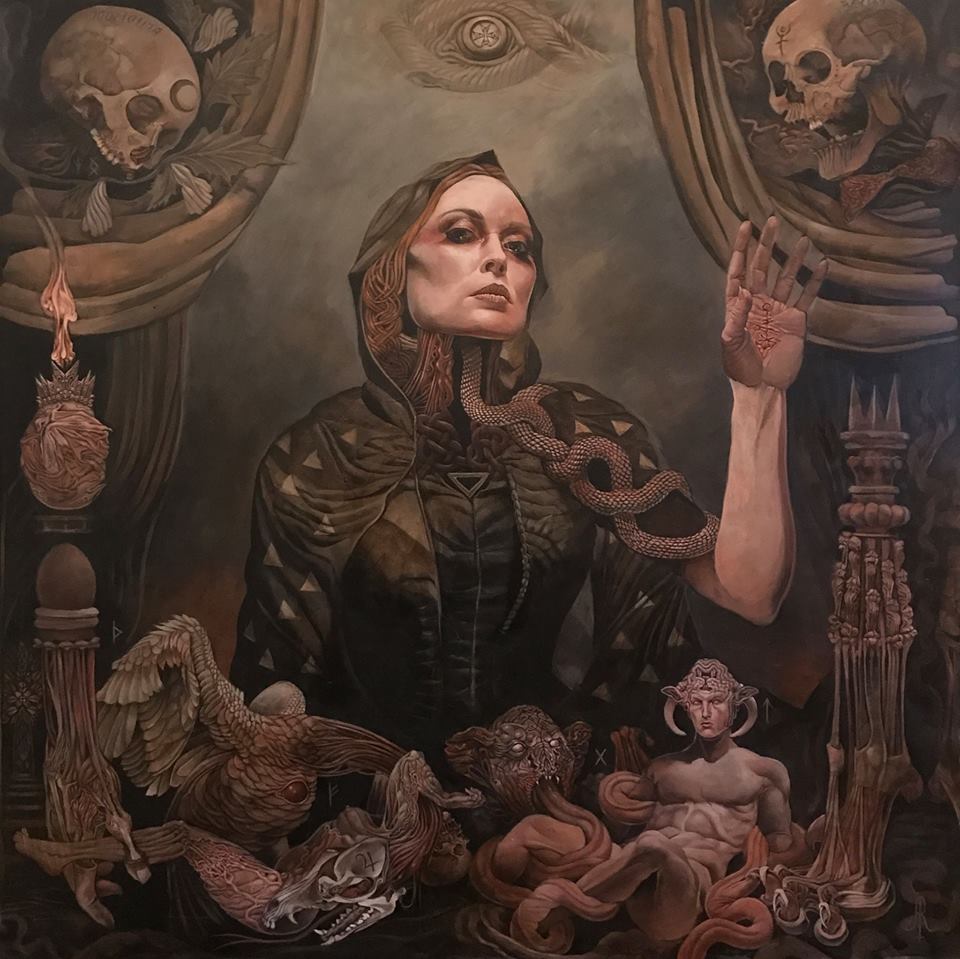 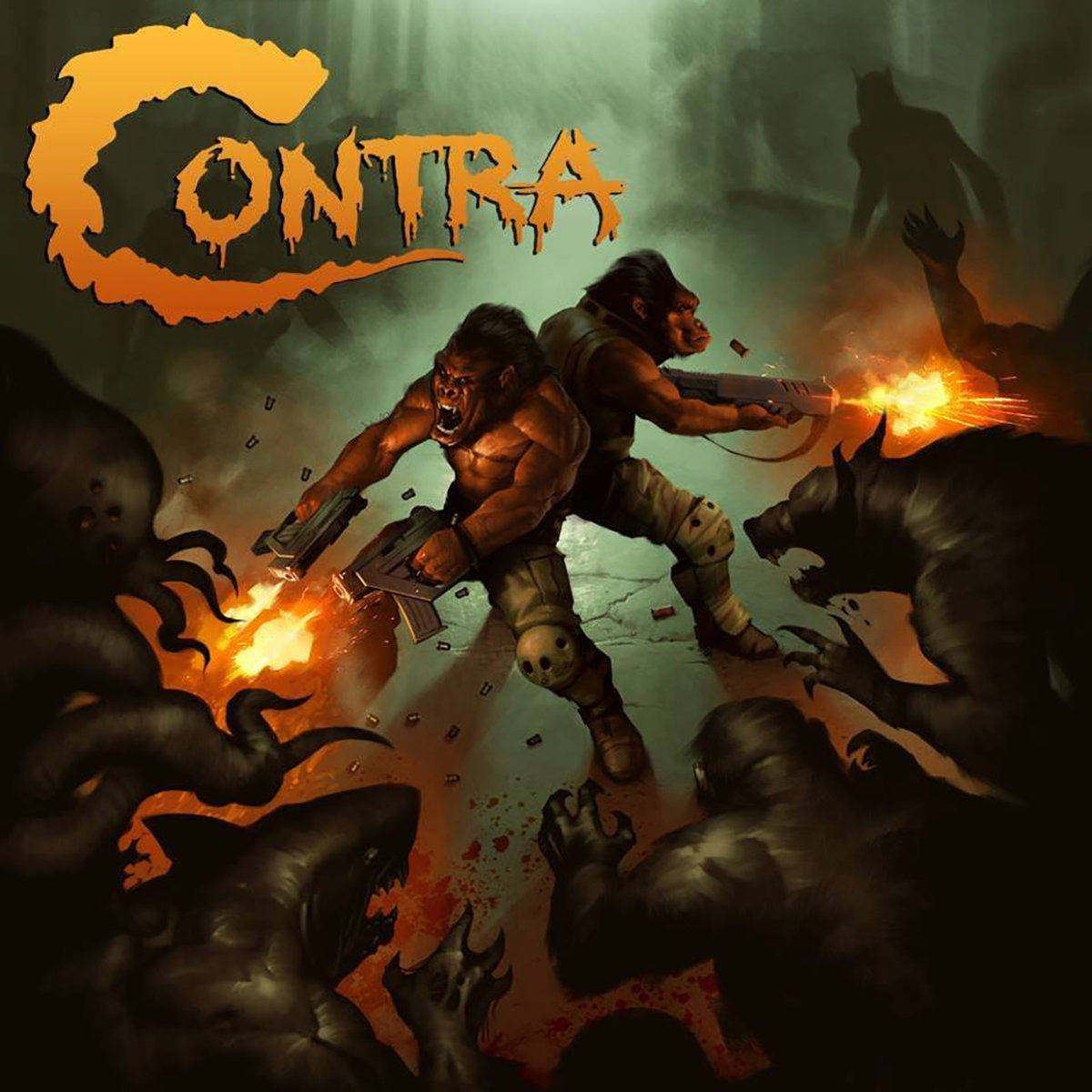 The Copenhagen-based Doublestone are back with their Ripple Music debut, ‘Devils Own/Djævlens Egn‘ on May 5th (today). Once again the band utilized the talents of Tony Reed (Mos Generator, Stone Axe) to master the new effort, one produced by the band themselves and Andreas Krohn at Wolf Ram Studios. With today’s release, guitarist/vocalist Bo Blond, bassist/vocalist Kristian Blond and drummer Mike James B. further explore the vintage-tinged sound that permeated earlier releases Set The World Ablaze (2013 EP), Doublestone (2013 self-titled) and the Wingmakers full-length.

On Devils Own/Djævlens Egn, the guys devise a seeming time machine and use it to return to an age of traditional, early rock music. In doing so, they keep the retroactive vibes and consistently rocking on such superb stand-out songs like ‘War Machine‘ (streaming below), ‘Man On The Hill‘, ‘I Natten‘ and ‘Solen Sover‘. Meanwhile, other cuts incorporate some nods toward a bit of psychedelia and more melodic influences. The partial title track ‘Devil’s Own‘ is a bit lighter fare that has an almost sea shanty-like quality to it while the other partial number, ‘Djævlens Egn‘, is a definite blues track.

Of the eight songs here, my personal favorite has to be ‘Here Comes The Serpent‘, an upbeat but doomy selection that weaves a mythical tale amid thick grooves and infectious rhythms. It rides along a direct trail of much heavier content and possesses some amazing guitar work as well. When taken in stride with the other songs, they all work together collectively to yield yet another incredible outing from this trio.

Once again, Ripple Music will release the new Doublestone album, ‘Devils Own/Djævlens Egn‘ worldwide today, Friday, May 5th. It will be available in the following formats: Vinyl, limited-edition/multi-colored Vinyl, CD and digital download.

Houston’s progressive metallers Pyreship are pleased to share the details of their upcoming debut album release, ‘The Liars Bend Low‘. It will be released via Black Bow Records on May 26th as a digital download and limited edition vinyl. Pyreship had this to say about the imminent release: “‘We’re pumped to be releasing our first album ‘The Liars Bend Low‘ with the excellent dudes at Black Bow Records. Five tracks of post-metal rage issues tempered by an unhealthy overdose of 90’s slowcore.”

Pyreship‘s blend of Post-Rock elements and atmospheric doom nuances provides an intricately deep music listening experience. The quartet at the heart of the band, guitarist/vox Cru Jordan Jones, guitarist/vox Sam Waters, bassist George Ellis Lusito and drummer Steve Smith, have developed a powerful, almost hypnotic sound all their own. You can hear it, and them, for yourself in the streaming track share ‘Gravity‘ below.

Mutoid Man have premiered a new track from their upcoming album release, ‘War Moans‘. The revelation comes via a new official video for the song ‘Kiss Of Death‘ filmed at Kurt Ballou’s (Converge) God City Studio. The new album was also recorded their under the producing auspice of Ballou as well. It will be released on June 2nd through Sargent House and features guest spots from Chelsea Wolfe and ex-Megadeth guitarist Marty Friedman.

The latest track release follows the previously shared ‘Melt Your Mind‘ from Mutoid Man and is also streaming below. Also included here are the band’s upcoming U.S. tour dates with Helms Alee.

Are you familiar with Texas’ Of The Sun? If you aren’t then this may take some creative imagination on your part. So, if you are ready to utilize such then just imagine if you will, or can, a Southern Progressive Metal band that taps into a wide variety of influences. A little Pantera, a little Gojira, a little Alice In Chains and a tanker truck full of creativity and talent are infused into the musical content contained here. Of The Sun, aka Patrick Duvall (Lead Vocals/Guitar), David Duvall (Bass/Vocals) and Johnny Reed (Drums), will self-release their ‘Before A Human Path‘ EP on April 14th. And to be honest, I don’t know if metal fans are ready for a release of this caliber, one that’s as genuinely unique as this one is. This is metal but it is also quite beyond metal too.

END_OF_DOCUMENT_TOKEN_TO_BE_REPLACED

Indianapolis-based entity of dark, heavily emotional musical density, Void King, have officially issued a new Single titled ‘Under The Tongue‘. The track was recently used as a grat track for contributors to the band’s European tour Kickstarter, something the band easily surpassed goal-wise. They shared their appreciation through the following statement saying:

“We hit that goal in less than six hours and more than tripled our goal by the end of the two weeks. It was crazy how much support folks showed. It was humbling to see how many people didn’t want merch; they just wanted to help us get overseas.”

‘Under The Tongue‘ is the prefect example of all the elements that make Void King such the incredible band they are. There are sludgier overtones in the massive riffs of guitarist Tommy Miller while the powerful vocals of Jason Kindred deliver the visceral rawness of an open wound. Keeping it all anchored in place and progressing are the rhythm section of bassist Chris Carroll and drummer Derek Felix with their solid interactions.

Thirty years is a mighty long stretch between album releases for any band and although rare, it does happen at times. In fact, it just happened this past Friday, April 7th as an iconic act of yesteryear, Jesters Of Destiny, returned with ‘The Sorrows That Refuse To Drown‘ via Ektro Records. See, this is the first new studio album of original material from the duo of jokers Bruce Duff and Ray Violet since 1986’s seminal Fun At The Funeral outing (released through Metal Blade subsidiary Dimension Records FYI). Some might say the new record was by sheer accident while others might claim divine providence, take your pick. Evidently the new music began as an independent, non-Jesters undertaking but as the songs took on lives of their own, it became quite clear they were of such a caliber worthy of a Jesters Of Destiny designation.

See, if you know anything about this cult-revered band then you know that they are the very embodiment of terms like “unique” or “iconic”. They obtained such tags long, long ago when they were first pioneering what we now call Alternative Rock/Metal. At the time, there was no such genre classification and it’s because of the things that Jesters Of Destiny were doing musically that such labels were inspired and attached. They spearheaded the movement itself with their amalgamated hodgepodges of jumbled bits and pieces of various types of sonic smatterings in their earlier life. A touch of this, a taste of that, all blended together to create something unlike anything else in their contemporary surroundings at the time.

That very same approach, the method to the musical madness so to speak, is the very exact formula applied to these new recordings as well. Frenetic flavors of metal, punk rock, psychedelia, new wave and other extensive abstracts are melded into a cohesive, and yes, rather eclectic effort. So many decades in the making has allowed for a truly freestyle process to unfold where limitless elements are instilled into the music. Bassist/vocalist Bruce Duff says it best perhaps by stating: “This is our third record,” he says, “we took 30 years off. It wasn’t like we were sitting around though. We’ve been working on these songs for a while and we think it connects with the same stream of consciousness we previously mined but without looking back to 80’s sounds. We think it’s pretty current. It also required a lot of current.”

There will be no track by track breakdown this time, to attempt such would result in a struggle to properly quantify the myriad nuances contained within this album. And in all humility, I am good but even I may not be THAT good in this case. No, ‘The Sorrows That Refuse To Drown‘ is an album that must be heard firsthand to fathom, to understand fully and appreciate justly. Thank your lucky stars that Taste Nation LLC has provided you the very means to do so in the embedded stream of this opus below. Old fan, new convert, unsuspecting stranger, it matters not as Jesters Of Destiny are a band that must be experienced aurally to either embrace or reject. That undertaking is what I now leave to you and remember, ‘The Sorrows That Refuse To Drown‘ was just issued on vinyl (the version you hear with this premiere), digitally on CD and via download/streaming this past Friday. The vinyl and digital versions are different from one another too as the CD has different mixes of two of the songs, and three songs not on the vinyl, including a cover of John Lennon and Yoko Ono’s “Two Minutes Silence“. Now, explore and enjoy!

London’s blues-based, vintage-infused sounding rock band The Riven will drop their debut EP “Blackbird” on April 14th. We’re giving you a taste of what’s to come with an early stream today of two tracks from the 5-song effort, “Killer On The Loose” and “One Last Time“.

The Riven‘s origins came to existence after an alcohol-fueled songwriting session between guitarist Arnau Diaz and bass player Max Ternebring. The pair were soon accompanied by Charlotta Ekebergh on vocals and Olof Axegard on drums and the band was born.