The truest of desert rock bands, Twentynine Palms, CA’s Atala, have just debuted their latest Official Video for ‘Grains Of Sand‘. The track hails from the band’s upcoming debut record for their recent signing with Salt Of The Earth Records, ‘Labyrinth Of Ashmedai‘. It will be the revered band’s third studio album after the previous critically lauded efforts, Shaman’s Path Of The Serpent (2016) and self-titled debut, Atala (2014). But make no mistake, 2017 is most definitely the year of Atala as their popularity continues to increase with fans of atmospherically alternative music.

Atala recently underwent a membership change as bassist John Chavarria amicably exited the band and newcomer Dave Horn (original Rise Of The Willing rumbler) came aboard. He joined guitarist/vocalist Kyle Stratton and drummer Jeff Tedtaotao and now the trio are preparing for an incredible series of imminent events. Not only will Atala be releasing the Billy Anderson-produced ‘Labyrinth Of Ashmedai‘ soon via Salt Of The Earth Records but they’re also preparing for their first jaunt to Europe. That journey will see the band perform two sets at this year’s prestigious Roadburn Festival in Tilberg, The Netherlands.

The revival of the band Bloodclot is something I have been extremely excited about since I first learned it was happening awhile back. Not only because the iconic vocalist John Joseph of Cro-Mags fame has reactivated the band but because of who has joined him in this latest incarnation of it. Alongside him in Bloodclot circa 2017 are guitarist Todd Youth (Youth Of Today, Warzone, Murphy’s Law), drummer Joey Castillo (ex-Queens of the Stone Age, Blast!, Sugartooth) and bassist Nick Oliveri (ex-Queens of the Stone Age, Dwarves, Mondo Generator)! The band has announced that their upcoming album, ‘Up In Arms‘, is due to be released on July 14th via Metal Blade Records. A Lyric Video for the album’s title track is streaming below and Joseph recently commented on the band’s mission statement more or less saying:

“In this band we’re doing what each of us have always done: give it our all,” John Joseph states plainly. “We work hard, and we have a lot to say. Look around the planet – people are fed up with the corrupt ruling class. They destroy the planet and kill millions for profit, and the formula for our response is simple: Anger + applied knowledge = results. Don’t just bitch. Change it.”

To accompany this fantastic news is some other cool news, that Bloodclot will be hitting the road on a touring run with Negative Approach. Here are the scheduled dates so far:

Are you familiar with Texas’ Of The Sun? If you aren’t then this may take some creative imagination on your part. So, if you are ready to utilize such then just imagine if you will, or can, a Southern Progressive Metal band that taps into a wide variety of influences. A little Pantera, a little Gojira, a little Alice In Chains and a tanker truck full of creativity and talent are infused into the musical content contained here. Of The Sun, aka Patrick Duvall (Lead Vocals/Guitar), David Duvall (Bass/Vocals) and Johnny Reed (Drums), will self-release their ‘Before A Human Path‘ EP on April 14th. And to be honest, I don’t know if metal fans are ready for a release of this caliber, one that’s as genuinely unique as this one is. This is metal but it is also quite beyond metal too.

END_OF_DOCUMENT_TOKEN_TO_BE_REPLACED

Tri-State (TN./VA./N.C.) outersound heavyweights Swallow The Sky have issued their visualizer for the track ‘The Shepherd‘. The song hails from the band’s acclaimed 2016 release, ‘Result Of Infinite Series‘, and displays the band’s ability to meld multifaceted aspects into their music. Both aurally atmospheric yet darkly dense, the band channels strongly hallucinogenic properties sound-wise and visually in the presentation above.

Indianapolis-based entity of dark, heavily emotional musical density, Void King, have officially issued a new Single titled ‘Under The Tongue‘. The track was recently used as a grat track for contributors to the band’s European tour Kickstarter, something the band easily surpassed goal-wise. They shared their appreciation through the following statement saying:

“We hit that goal in less than six hours and more than tripled our goal by the end of the two weeks. It was crazy how much support folks showed. It was humbling to see how many people didn’t want merch; they just wanted to help us get overseas.”

‘Under The Tongue‘ is the prefect example of all the elements that make Void King such the incredible band they are. There are sludgier overtones in the massive riffs of guitarist Tommy Miller while the powerful vocals of Jason Kindred deliver the visceral rawness of an open wound. Keeping it all anchored in place and progressing are the rhythm section of bassist Chris Carroll and drummer Derek Felix with their solid interactions. 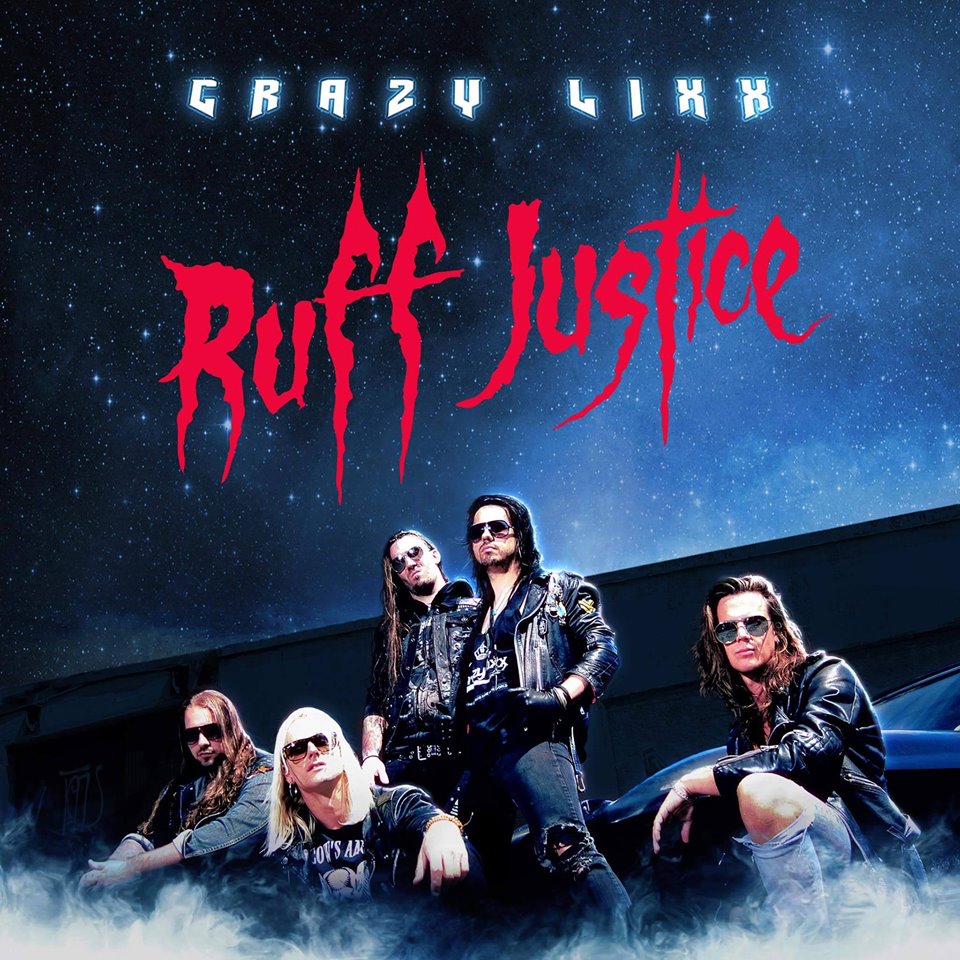 One of the most eagerly anticipated new releases on the horizon is that from Ventura, CA’s Night Demon titled ‘Darkness Remains‘. Their sophomore record will see its unleashing on April 21st via Century Media but a new Single, ‘Hallowed Ground‘, has been shared with us by way of a new Lyric Video.

Speaking about their shared journey on the way leading to the release of ‘Darkness Remains‘, the members of Night Demon collectively stated the following: “Well it’s about time for Night Demon to release a new album! It’s been quite the whirlwind for us touring the world over the last two years on Curse Of The Damned. We really wanted to give the existing fans a chance to digest the album and have a chance to see it live a few times. We have been prepping for the new record for over a year, and now the moment is upon us to unleash this beast for one and all! Very excited to continue our road journeys with some new material for the faithful, and the newcomers. Night Demon is coming for you in 2017!”

Darkness Remains will be available in the following formats:

Vinyl will be released in the following colors:

Los Angeles, the city of lost, or fallen angels in this case, is home to the the two-man duo that is Ashen Horde. That duo, multi-instrumentalist Trevor Portz and vocalist Stevie Boiser, have just recently issued their 2-song EP, “The Alchemist“. If you know anything about this project then you know what they specialize in: fiercely scathing, viciously volatile blackened thrash metal. That fact is more then validated and reinforced here as these two tracks, “Arisen” (lyric video below) and “Fallen“, channel a transformative tempest of sonics that pummel your senses. Dizzying leads race to and fro upon the frets while machine gun-like drums pound away and drive the tracks with ever-forward propulsion. 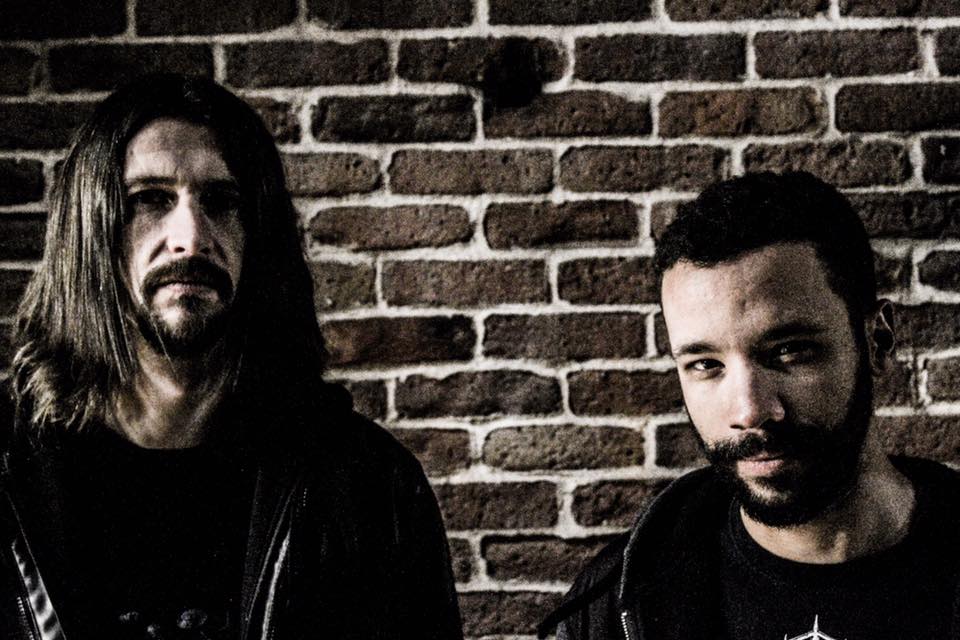 Keeping things fluid and even somewhat on the melodic side, the Ashen Horde pair unquestionably deliver the goods with their solid, well-structured style of what is akin to controlled chaos.  It is furiously Metallic music through and through while the powerful, razor blade-throat vocals snarl forth their venomous verbiage without relent. So, the latest call to the altar from Ashen Horde, “The Alchemist,” is streaming on their Bandcamp (below) and I recommend you give it a spin if so inclined.