The past and the present, the old and the new, the hard and the heavy. A juxtaposition of variances would be embodied on the night of Friday, April 21st as the legendary Y&T, with support from Temptations Wings, came to Asheville, North Carolina. The setting would be The Grey Eagle and the broad spectrum of rock music to be presented would be impressive to say the least. So would merely making it to the show as I, and shotgun rider Tomm Huff, departed our home in Kentucky amid a battering hailstorm and torrential downpours. Three nerve-wracking hours of travel through non-stop inclement weather would not deter us though and eventually we arrived safe if not a little soaked.

My first trip to The Grey Eagle revealed a nice, well maintained older building of good size with a cool music hall, bar and kitchen/dining area. I had been eagerly awaiting this show for months now since learning that the current incarnation of the iconic Y&T were coming to the region. Not just that alone either as regional band Temptations Wings, who are riding high on their recently released album, ‘Skulthor Ebonblade‘, were on the bill as well. In fact, I conducted an A/V interview with those guys prior to the show, in the rain somewhat, that will be coming soon.

When it came time for Temptations Wings, aka Micah Nix (gtr./vox), Jason Gardner (drums) and Chad Barnwell (bass), to take the stage, the venue was quite packed. Guesstimating somewhere near 400 – 450 people had filed in to see these AVL hometowners unleash their heaviness. The trio recently released their critically-acclaimed conceptual album, the aforementioned ‘Skulthor Ebonblade‘, and have been in high demand ever since. The album weaves the tale of a mythical warrior who returns home to find his family slain and and village destroyed by an evil witch. To reap vengeance, he journeys to obtain a mystical sword and once acquired, goes to slay the witch herself. Quite an intriguing storyline, is it not? Truth is, the story is only but a small part of what makes this band so solidly kick-ass though..it is really more about the music.

The music of Temptations Wings can only be described as Appalachian Power Doom for that does suit it rather well. Comprised of chunky, thick riffs, pulsating rhythms and thunderous drumming, the music is heavy and engaging. And it was clear the guys have a large, loyal support base here in their home region. After a taped intro segment, they delivered the barrage of songs that included ‘I, Destroyer‘, ‘Treachery Of The Blind Raven‘, ‘Lair Of The Gorgon Queen‘, ‘Into The Maelstrom‘ and ‘Crush The Weak‘. Each was well received and it was clear that many of those in attendance were already familiar with the tracks. The guys provided a fantastic set that went over really well with such a diversified crowd, one where all ages from the younger to the elder, were well represented.

An interlude and then the stage was commandeered by the legendary Y&T! Y&T 2017 sees the only surviving band founder, guitarist/vocalist Dave Meniketti, joined currently by guitarist John Nymann, bassist Aaron Leigh and drummer Mike Vanderhule. Many of the bands that got their start several decades ago, and are still around, exist solely to relive their glory days by rehashing their earlier material. Such is not the case with this band as they continue to record and release new material, like they did with 2010’s Facemelter album. The repertoire of material that Y&T has available in their discography to select from was well plundered on this night too.

The origins of Y&T date back as early as 1974 and the band began officially releasing studio albums in 1976. Some of their albums have achieved both commercial notoriety as well as cult status amid massive reverence. One of their most beloved records, In Rock We Trust (1984), would provide the one-two punch to start their set this night with the fantastic ‘Lipstick And Leather‘ and ‘Don’t Stop Runnin’‘. The place was roaring with excitement as the band followed up with another classic, ‘Hurricane‘, before visiting material from another landmark album, 1981’s Earthshaker. ‘Shine On‘ and clear crowd favorite ‘Dirty Girl‘ had the place erupting with sing-along choruses and crowd enthusiasm. Then Meniketti & Co. unleashed one of their most well known songs, the scorching title cut from 1983’s Mean Streak and the audience went haywire. In case you don’t know it, Dave is one hell of a damn good guitarist too and he himself scorched the frets on the song’s solo while Nymann too delivered his own axe wizardry.

Things would wind down to the lighter side of the band’s music as they delivered a great version of ‘Don’t Be Afraid Of The Dark‘ from 1990’s Ten. What came next was the most touching period of the night as Dave spoke about the now deceased longrunning Y&T members Phil Kennemore, Leonard Haze and Joey Alves. He dedicated the next song, ‘Winds Of Change‘, to them and then delivered a powerfully stirring delivery of the song which clearly moved all present. Before anyone could dwell on the touching significance of that moment the guys launched into the high energy of ‘Blind Patriot‘ from their most recent studio effort, Facemelter. The uptempo track is a hard rocking number that rolls out at a frenetic pace from the start and it sure got everyone’s blood pumping again including Y&T‘s. Not to mention some fiery guitar pyrotechnics from Dave and John both throughout the song.

The next block of cuts would touch upon all the bases, i.e. hit albums, first with the stellar rendition of the melodic rocker ‘I’ll Keep On Believin’ (Do You Know)‘. Then came the lively title track of one of my personal faves, ‘Black Tiger‘, and they toned things down again with ‘Midnight In Tokyo‘. Keeping the formula going of tapping into some of their best, well-known albums, Meniketti and the mob delivered up rousing cuts like ‘Let Me Go‘, ‘Hang’em High‘ and ‘I Believe You‘. Then came the inevitable title track of the band’s 1987 album, one of their most well known records and songs both, ‘Contagious‘. Needless to say, the packed house clearly knew the song by heart, inside and out, upside and down as they involved themselves in some way or another. Women of all ages, makes and models were dancing around the auditorium and before the song was finished, Mike Vanderhule delivered a jaw-dropping drum solo. It was the perfect segue into one of Y&T‘s most upbeat, metallic-tinged tracks ever, ‘Open Fire‘, and that is exactly what the quartet did with the track. Now had come the time that everyone knew was inevitable, the delivery of Y&T‘s most well known, biggest commercial hit song of their legacy, ‘Summertime Girls‘. The beloved MTV / Billboard Hot 100 hit song that hails from the ’85 LP Down For The Count is the sole song that many people know Y&T for. That’s really a shame too because the band truly has such a remarkable body of work built up throughout the years that some people are tragically missing out on. A trip back to 2010’s Facemelter record came in the form of the anthemic set-ending “I’m Coming Home‘, another song that elicited sing along choruses and intensified audience participation.

To be honest, things could have just ended at this point and I would have been more than satisfied with what I had just experienced. Seriously, I had just seen a band truly perform their very heart and souls out for the house attendance and it was utterly incredible to put it mildly. Yet the show was not quite over as the quartet returned and served up two more remarkably rousing renditions of great older songs: ‘Rescue Me‘ and ‘Forever‘. The latter was quite the appropriate finale for the night too because rock ‘n roll is forever and for me, the experience of seeing Y&T will remain with me forever as well. But not just Y&T of course as I got to see my good friends in Temptations Wings open for the legendary act and thus share their own killer music with a wider audience. Between the two bands they had the spectrum well covered, just as I eluded to at the start of this recap. The Grey Eagle in the mountains of Asheville, N.C. served as ground zero for this spectacular night of Rock ‘N Roll where both the Old School and the New were well represented. 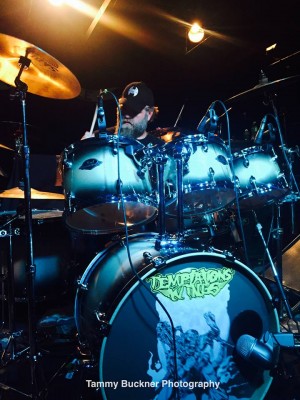 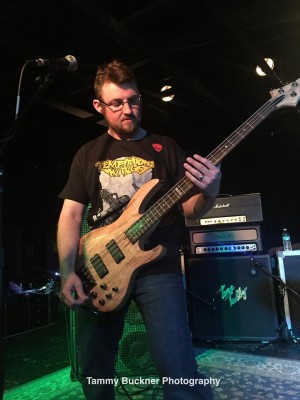 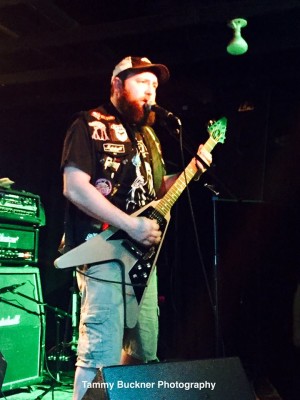 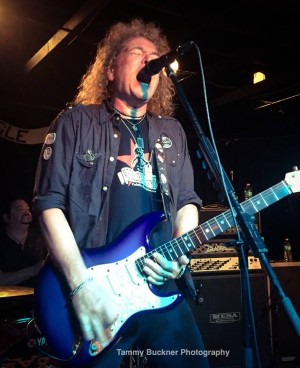 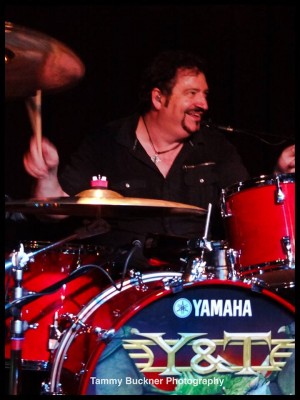 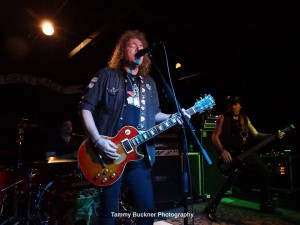 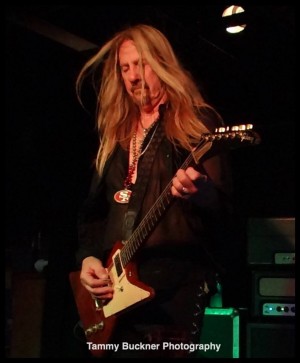 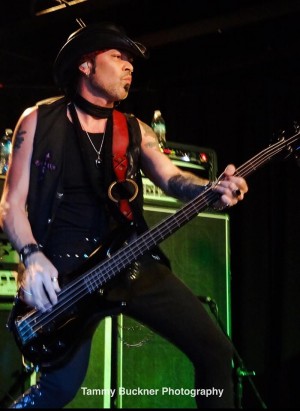 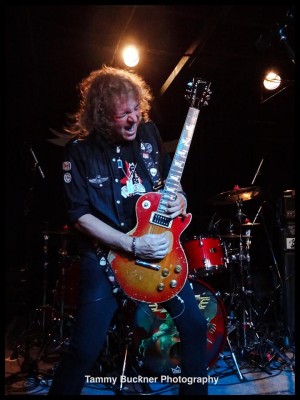 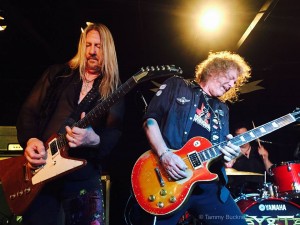 Friday, April 21st, one of hard rock’s longest-running acts will descend into the mountains of Asheville, North Carolina when the legendary Y&T comes to town. They will be playing one of the region’s best venues, The Grey Eagle, and will be supported by AVL’s own Appalachian power doomers, Temptations Wings. Y&T’s origins date back to the early 1970’s when the band’s only current surviving member, Dave Meniketti, and his bandmates took the Yesterday & Today moniker inspired by The Beatles compilation sharing it. After an eventual shortening to Y&T, the group has spent decades sharing their music with the globe and now boast a discography of 18 albums, 3 greatest hits collections, a boxed set and have collectively sold over 4 million albums since their 1974 inception. Alongside lead gtrst./vox Dave Meniketti in the current incarnation of the band are rhythm gtrst./vox John Nymann, bassist/vox Aaron Leigh and drummer/vox Mike Vanderhule and without question they are going to rock The Grey Eagle.

To support such an iconic act, regional favorite sons Temptations Wings have accepted the challenge and will bring their heavy hitting talents to the stage as well. The trio, gtrst./vox Micah Nix, drummer Jason Gardner and bassist Chad Barnwell have just issued their critically acclaimed new conceptual album ‘Skulthor Ebonblade‘ and are eager to bring the new material to life at such a beloved hometown venue, The Grey Eagle. This is truly a show not to be missed! 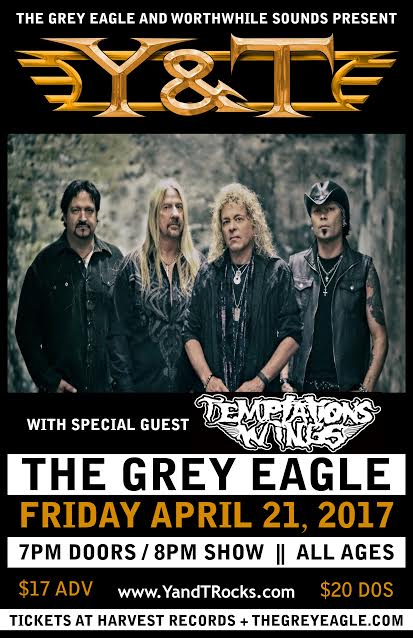 For venue information about The Grey Eagle including directions and more, visit their website or Facebook page here.