Review:
One might expect and album that opens with a piano excerpt from “Entry of the Gladiators”, more commonly known as the song they play at the circus as the clowns pile out of their tiny car and climb on their unicycles to juggle bowling pins, or break into a tumbling routine or whatever else clowns do… well you might expect an album that opens with this to be a bit of a joke.

But you’re not quite right. While Mountains of Gaia does have its fun moments, most are relegated to the opening track which is appropriately named “Circus”. Once the piano fades behind the percussion, the bass takes over, carrying the tune while distorted screams point us in a different direction. Thankfully, the screams give way to more melodic, though still filtered, singing. Really, this is where the lightheartedness goes out the window and we begin a musical adventure.

“Backstabber” takes us to a completely different locale of Container’s sound with a little 70’s Black Sabbath worship and an edge all their own. It’s a bit stoner and a bit “garage”, as they put it. It’s clear listening to the band that this was recorded in a studio, but I still think garage is a very apt term to describe a certain rawness or lack of refinement in Container’s style.

“Challenger” is an 8 minute, long, slow piece that musically reminds me of the Doors. Maybe Riders on the Storm or LA Woman, but then there’s some spoken word reminiscent of Rage Against the Machine, if you can imagine these two together. That’s only the first couple of minutes. It picks up with more of a Vol. 4 ambiance before slowing again to that Doors-y, wandering-through-the-dessert-on-peyote feeling with one last increase in pace to close it out.

Even though we’re only about halfway through, it’s hard now to look back and remember the silliness Mountains of Gaia opened with. The album leads us down a path of variety with different tracks blending the (aforementioned) base elements, stoner rock & “garage rock”, with a touch of post-rock, punk and hardcore. The result is an eclectic adventure that might seem to stray yet is uniquely Container. It’s almost surreal how after the 8th and final, the title track, another 8 minute opus taking us through the Mountains of Gaia until the music ends. Surreal, I mean if we decide to press play and take the trip again. We realize we’re started back at Circus. Is it a metaphor?

The first minute and  a half is nothing but guitar chords setting a tone of dissonance before Milena’s voice enters with her signature clarity and grabs your attention beckoning “Remember…” and the journey of this, the third full length release from GOLD, is underway. ‘You Too Must Die’ establishes the pace and as lead off, it is plush in the mix and makes you thirsty for more. ‘Summer Thunder’ uses the same extended intro of a minute before Milena states “There is nothing I would rather do…” and the galloping drumline pulling the rest of the band forward into this composition that perfectly suits the title conveying that very thunder through your veins until the sudden end. ‘White Noise’ enters with a cacophony of twisting notes and the body comes in with a more even pace, yet one that still compels you to keep up to the end. ‘Teenage Lust’ fades in slow and mysterious sounding, much like the subject does for the entire 5 minutes plus, no drum line is needed for the tale there in, while ‘No Shadow’  hits with a driving beat, quickly joined by thick base before the guitars join with punch that beckons you to keep chasing along with them.

‘I Do My Own Stunts’ begins with a fury and there is nothing holding back here with the masterful fills and the edges of three guitars chugging on in sonic syncopation. ‘Be Good’ hits with Milena’s command “Stick to your guns…” and we’re off for what is, to this point, the fastest song on this record and is as lush as can be until the sudden stop-ending. ‘Come With Me’ is as quick-paced with the noodling guitars intersecting with a fury of quick-picking that accents the solo perfectly, the rest never missing a beat.

Final track ‘Tear’ begins with a melancholy dirge of notes that summon the dark clouds to return to bring the cover to consume the tears that flow from Milena’s lips into our ears and is the one that stands out as the go-back-to track to take it in again.

Front to back, a stronger album than the previous two and shows that with maturation comes growth both lyrically and musically and each song delivers with a different flavor than the one previous. This could be the one that breaks GOLD out into the rest of the world and is well worth checking out. NOT metal by any stretch and they refuse to classify their own music… no need for all of the micro-genre’s so prevalent these days and that is indeed refreshing. Something NEW & DIFFERENT, as it is supposed to be. For the masses…

I’ve probably waxed poetic quite a few times about how I am a sucker for any art that juxtaposes the angelic and the menacing.  I don’t know where I picked up that phrase.  I’ve been using it a good twenty years.  I suspect that I read it somewhere, in the writings of some wordy philosopher or obscure literary critic, and where ever it came from, it resonated, so I adopted it in a vain, youthful attempt to sound clever and “deep”.

It’s also entirely possible that I actually did come up with it.  I could probably even concoct some bogus origin story for how I first used it, but the truth is that I really don’t remember.  Besides, that’s one of the things that I love about life, the unsolvable mysteries, the things that we’ll have no way of actually knowing.  The juxtaposition of the angelic and the menacing: that’s my personal mystery.

My point in bringing up my own private overused cliché is that it’s the perfect description of The Fifth Alliance’s bleak yet beautiful masterpiece, Death Poems. 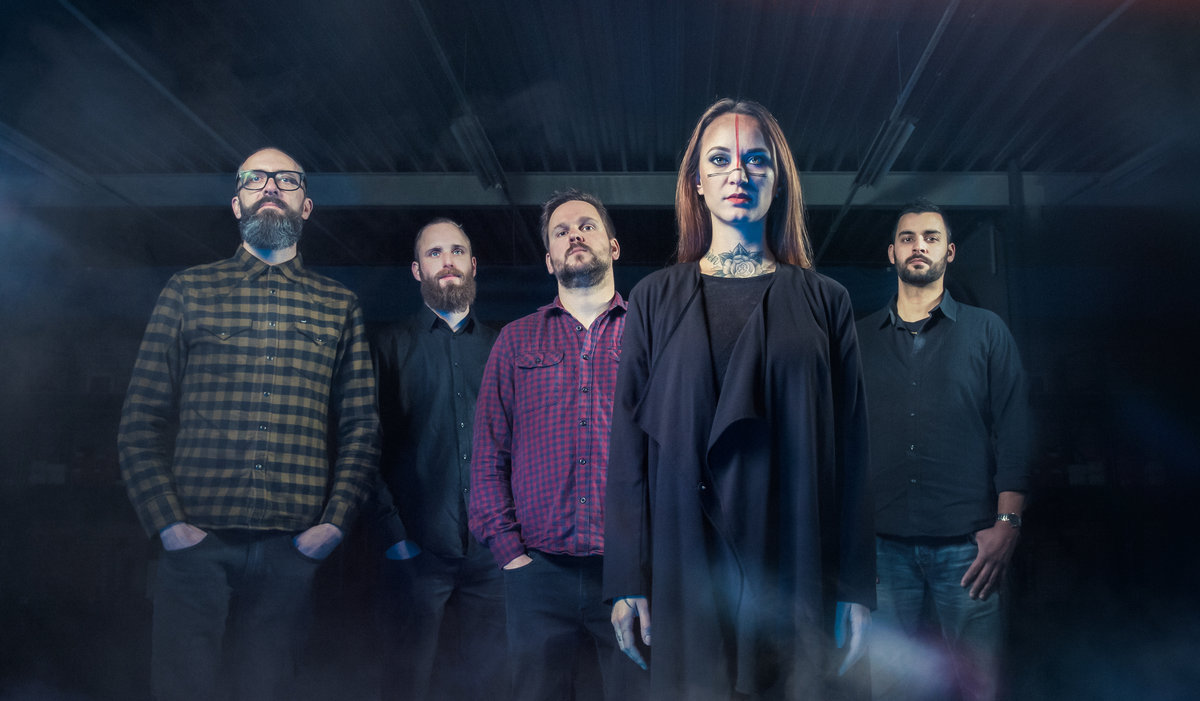 I have a few steadfast convictions about art: firstly, that the artist should ultimately be the slave of their own imagination, that it’s their job to also enslave their audience within that same imaginative vision.  That’s definitely my own idea.  I wrote that and I live that.  But the truly great art, it goes beyond mere imagination.  It always explores the reconciliation of opposites.

That’s definitely not my own idea, it’s the idea of Samuel Coleridge, my favorite poet, and perhaps the most metal poet of all time, as Iron Maiden’s “Rhyme Of The Ancient Mariner” would seem to suggest.  Thankfully, this isn’t a review of Powerslave, because aside from the aforementioned song, I will trash that album for its mediocrity, and you will all be filled with righteous indignation and probably never read one of my reviews again.  So I’m going to cease with my second rate aesthetic theories and write about The Fifth Alliance.

They’re a five piece from The Netherlands.  They have a dense, thick sound, though if you hadn’t told me, I wouldn’t have realized that they had two guitarists, as the music is actually pretty minimalist.  This is a good thing. Their songs are more about adopting an atmosphere, delving into intense dynamic shifts, and exploring a theme until it reaches its culmination, its climax, its apex.  The first song, “Your Abyss”, is the perfect example of this approach.  It clocks in at more than eleven minutes, and it never feels like it has overstayed it’s welcome.  I’ll run the risk of stating the completely obvious: when you write longer songs, you can’t bore your listeners.  You need to inspire intimacy. You need to either incorporate enough change and variation, or if you choose the path of repetition, you’d better hope that you’ve come up with something that bears repeating.  This is especially important with a lot of sludge/doom bands that write longer songs and rely more on their overall sound and atmosphere, bands that punish their listeners into submission rather than solely tickling them with catchy hooks.

The Fifth Alliance uses the typical weapons in the modern sludge/doom arsenal: riffs of molten molasses weaved together with moments of stunning beauty and ambiance, all accompanied by a rock solid rhythm section and a potent female screamer.  The vocals shift between her throaty, emotional shrieks and shimmering clean, melodic sections.  They mix up the tempos well by unleashing faster, black metal inspired passages.  The kinetic drums and rapid fire guitars are jarring and unexpected, and they jolt the listener out of any lulls or boredom that the slower sections can induce.

This is a strong album from a band that has a lot to offer within these four songs and thirty-five minutes.  Fans of Ocean, Salome, Monarch, Bloody Panda, and Thou should rejoice in this release.  I’ll be curiously awaiting how their career plays out….