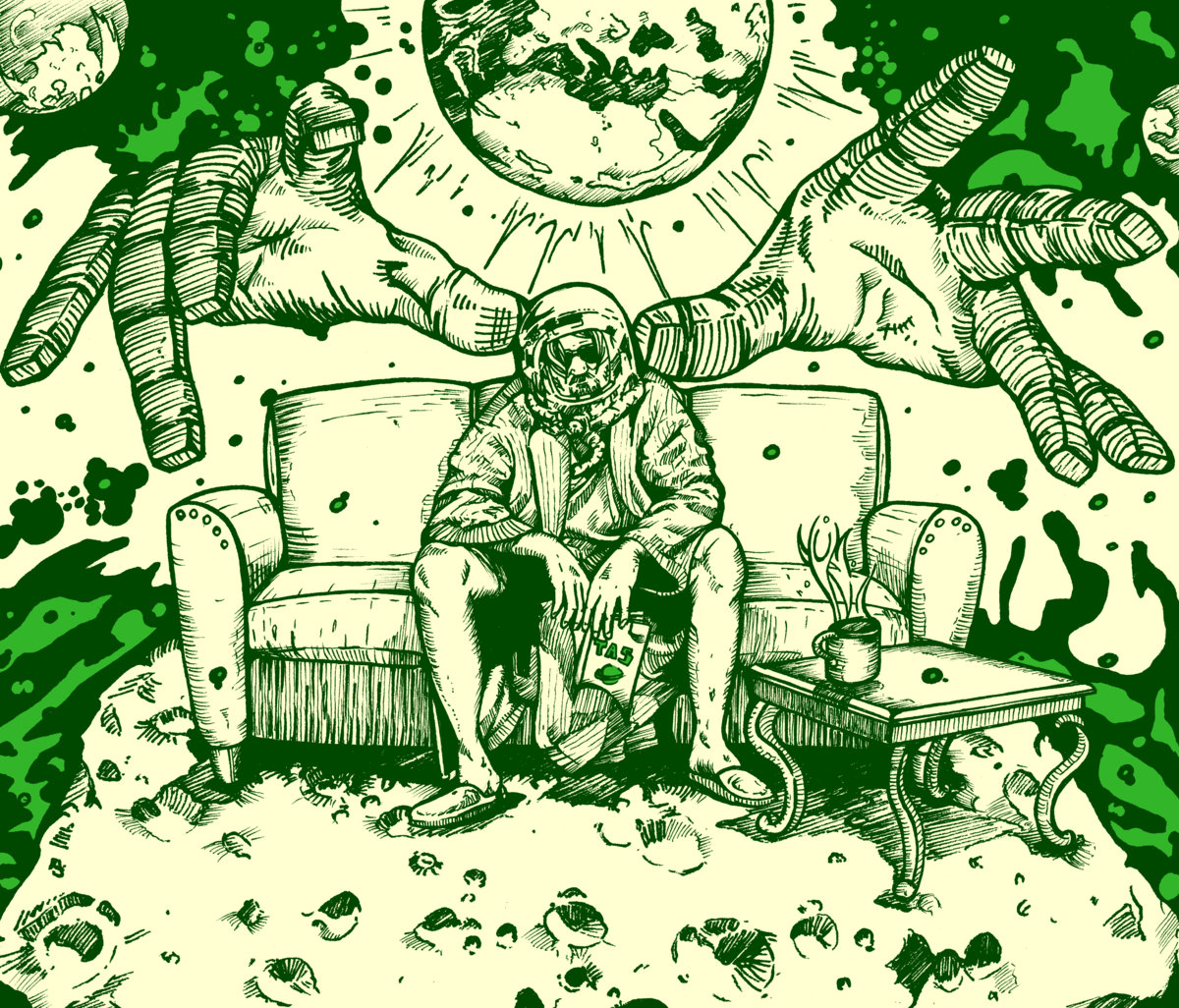 From Bruges, Belgium comes The Article Sixties with their debut EP, ‘Gods Of The Multiverse‘, like a bullet out of the blue. Similar to that ordinance, this EP is a dangerous hunk of steely hard rock. Steeped in Seventies-style heaviness but with a clearly modern bent to their sound, this 4-song outing is chock full of energy. The quartet comprising The Article Sixites are Nick Anne (vox), Michiel Henneco (guitar), Marijn ‘Danger’ De Craecker (bass) and Niels Vanthourenhout (drums).

Things immediately burst out of the gate with the introductory cut ‘The Lucky Few‘, a heavy stomp of animated riffs and super-grooving rhythms. Stellar drum work powers out throughout the song while the vocals are quite solid. The song never pauses nor takes a breather and before you know it, ‘Outlaw‘ arrives. Another ripping, tight-knit track with some bluesy overtones where again, the guitar playing is intensely active. Things get quite groove-based in the bridge, I especially like the stripped down section of isolated bass lines and feedback. We receive our first real breather as the lighter vibes of ‘Little Sister‘ begins, melodic and a bit musically haunting. Things soon delve deeply into a bit of psychedelia before a full-on eruption into driving rhythms and vocals with a sense of urgency. That feeling continues to build and build but before the song is over, I swear it takes on a styling that reminds me of The Misfits and TSOL (True Sounds Of Liberty) both. We get to ‘Match‘, the last song and my favorite of the four. Another energized number with a bit of W.F.O. attitude in the thick guitars, amazing rhythm section’s back and forth and the album’s best vocal performance in my opinion.

The Article Sixties ‘Gods Of The Multiverse‘ EP is a superb introduction to the band as well as just a rocking release in general. It is no crap rock and roll and as such, it is good and it kicks ass, simply put. Check it out via the Bandcamp embedded stream below.