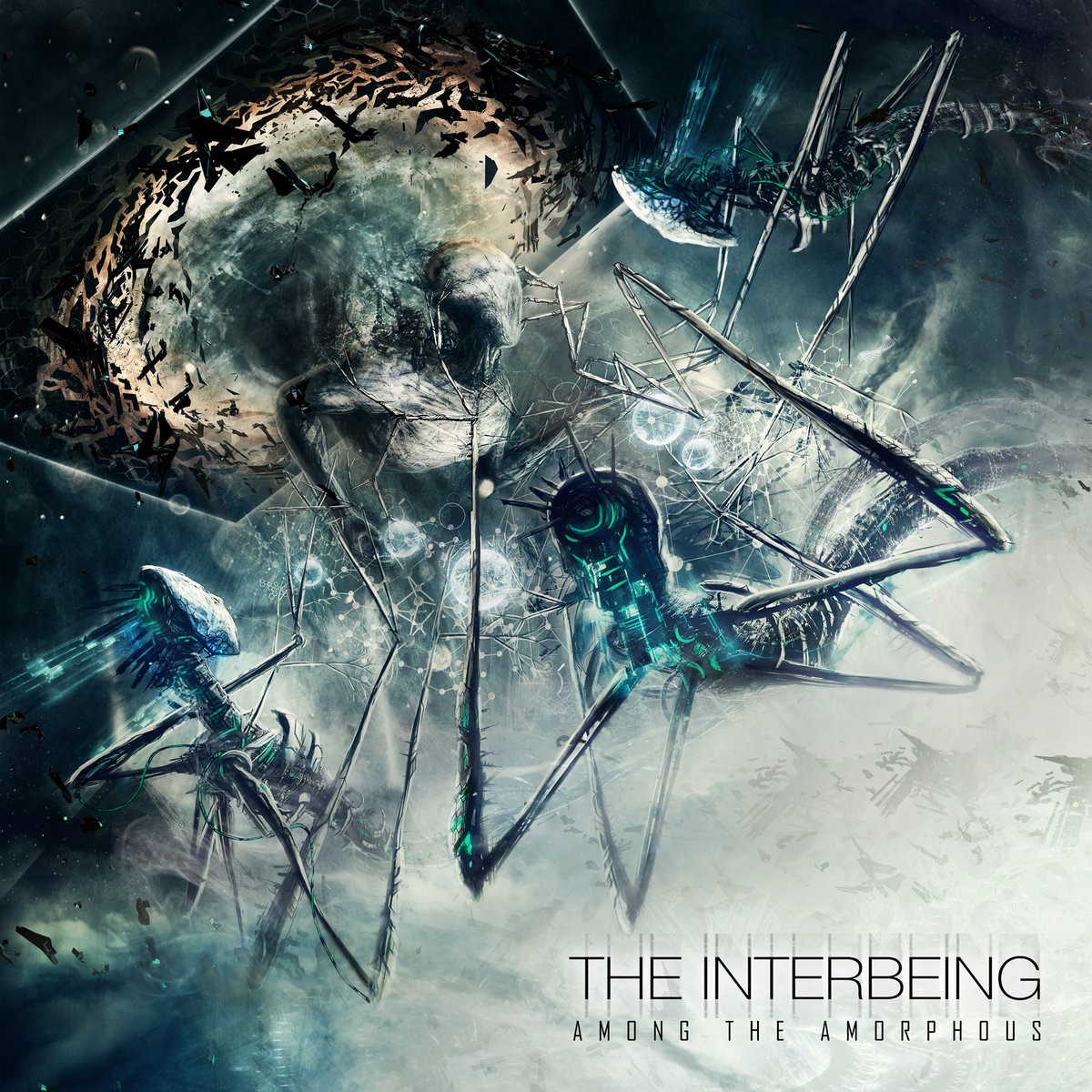 A couple days ago my friend Brett Windnage of Lascaille’s Shroud and Soulmass posted a link to a video by a band of Danish Metalers from Copenhagen that I had never heard of called The Interbeing. After reading his post telling people how the band had crowdfunded it’s latest album Among the Amorphous through a kickstarter and spent two years making it I kinda felt the music merited a listen. So I cranked my speakers to 11, clicked my mouse on the YouTube link and enlarged the screen to full size and WHAMO!!  My ears were filled with futuristic tech metal and an amazing Sci-Fi themed Music Video to introduce their new album.

For those who are unfamiliar with The Interbeing, the band’s origins began in 2001 with a shared vision of founding members – vocalist Dara Toibin, guitarist Torben Pedersen and bassist Jacob Hansen to create a metal band with an innovative sound influenced by several genres. It was in 2006 that the band started to truly develop their sound with the addition of guitarist and electronic sound master Boas Segal and percussionist Kristoffer Egefelt whose technical skill helped The Interbeing seize a place for themselves in Denmark’s metal scene with the release of its demo Perceptual Confusion. Since their formation The Interbeing has been nominated for the 2008 ‘Talent of the Year’ award at the Danish Metal Awards and Band of the week on Bandbase.dk.

In 2010, The Interbeing won the Best Metal Act at the Underground Music Awards and the Royal Metal Grand Prix. Then they slammed into the Danish Metal scene with their first full album Edge of the Obscure in 2011 which received much acclaim in Denmark’s music magazine GAFFA as album of the year.  Not being too familiar with The Interbeing myself and with my distrust of media hype, I decided to give the band’s past releases a listen on Bandcamp and I believe I can say with certainty I will being buying their past albums as well.

The Interbeing’s latest album Among the Amorphous is a masterful blending of metal, with bellicose hardcore vocals and breakdowns, moving clear vocals in the choruses throughout that hearken back to good old fashioned power metal, with ethereal synthesizer movements and heavy dub beats. Listening to Among the Amorphous on my headphones feels rather like being in the Animated movies Akira or Ghost in the Shell. The band’s musicianship is tight.  The songs that stand out the most for me are ‘Deceptive Signal,’ ‘Purge the Deviant,’ and ‘Sum of Singularity.’  That said, I suggest you listen to it in it’s entirety than to single songs as this is an amazing Progressive Concept Album!  Highly Recommend!