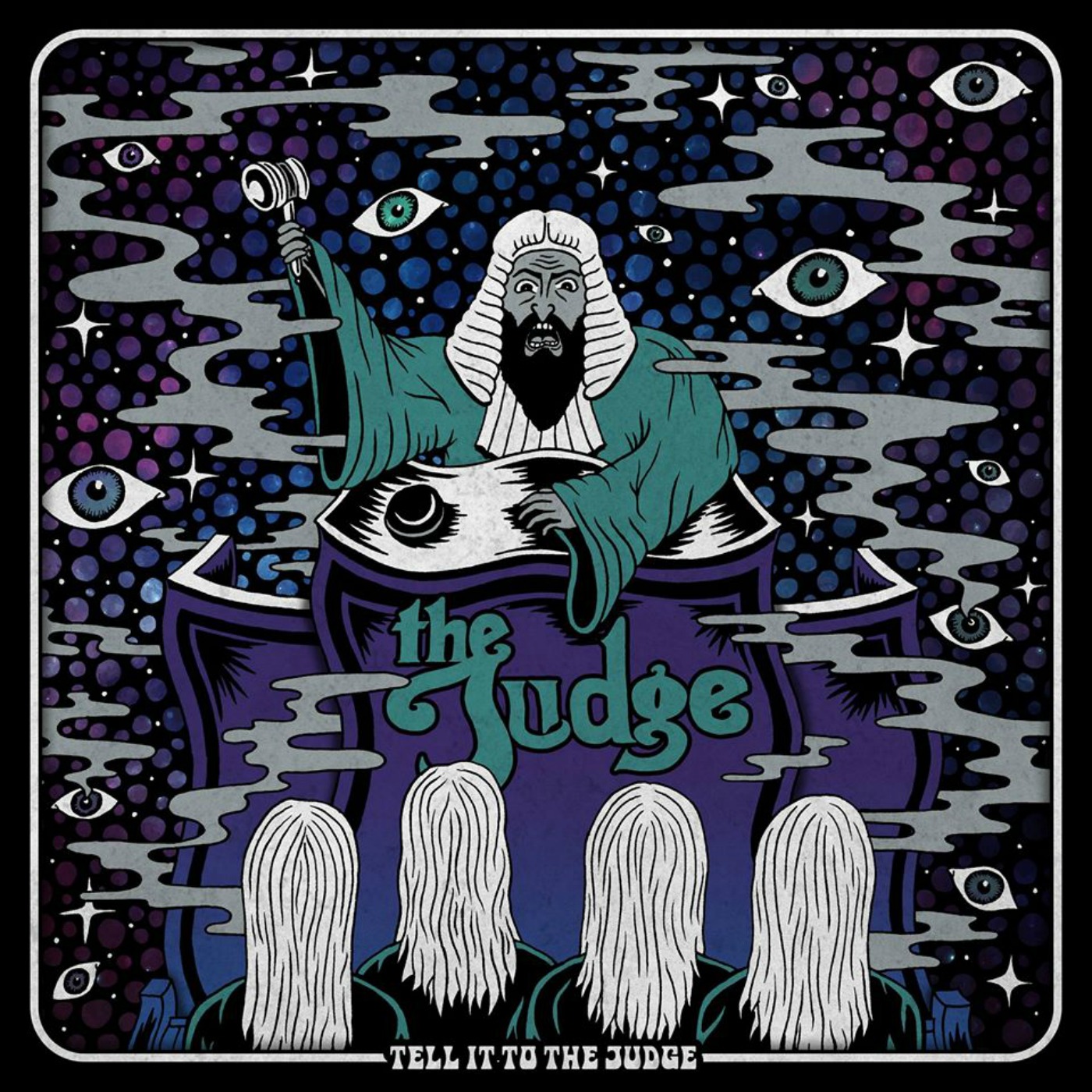 Gather round everyone Terry “The Ancient One” has a tale to tell about 4 young rock ‘n rollers from a place called Granite City, Illinois named: Kevin Jones, Dylan Jarrett, Evan Anderson, and Tyler Swope. Known as The Judge. Founded in 2006 by Dylan Jarrett, and Evan Anderson with mutual friend Zack Revelle the bands first incarnation was known as Unfallen which lasted less than a month. But that  did not stop Dylan and Evan who had dreams of one day taking the stage and rocking the house down. Determined to make things happen . Dylan started The Jude as a side project with his friend Evan while playing for Ripper(named after the Judas Priest song) started by Andrew Pashea, cousin of Zack Revelle, and drummer Darren Williams.

With some material written and promo videos recorded using home studio software when Ripper split Dylan and Evans dream began taking shape when Evan found the drums they needed to begin rehearsing in Dylan’s home. With Bassist Kevin Jones complimenting Evan Anderson’s hard hitting drum style. The Judge found the heavy sound they were seeking to mix with Dylan Jarrett’s progressive guitar style and soon after Tyler Swope adding his vocal versatility that allowed him to hit the highs of musicians like Robert Plant and lows of Jim Morrison to complete the mix.

After recording their Demo which would later be called The Judge EP released on October 30th 2014 as a free download on Bandcamp The Judge began working in earnest to get its name out by doing more gigs. Compared by fans to Led Zeppelin, Deep Purple, and Black Sabbath at some point The Judge gained the attention of Ripple Record.  They signed with the label and put out a “Self Titled” debut album that combined 4 tracks from their EP and 5 new tracks. Which is about the time I became aware of The Judge.

Like their first EP and debut LP, The Judge puts their all into their latest album “Tell it to the Judge.” Some compare them to the above aforementioned because The Judge has a hard rockin’ blue collar feel but I could hear other influences in their music. Though it took me several sessions of listening to Tell it to The Judge and the bands other albums to pin it down before I realized I was hearing elements of The Doors, Cream , and The Guess Who in the bands music.

Some of the best songs on this album are ‘Changing World,’ ‘Islands’, ‘High Flyin’ and ‘Parade of Sin.’ If you like hard rockin blues music with a psychedelic feel give Tell it to the Judge a listen. If you like what you hear, don’t forget to share this with your friends also be sure to give us a like on Facebook and subscribe to our YouTube channel.