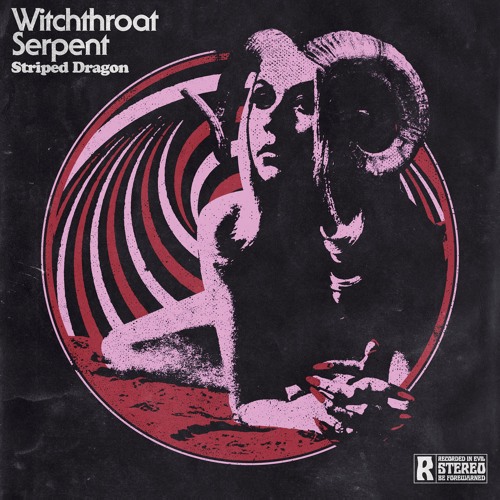 France-based doom stalwarts Witchthroat Serpent will release their new single Striped Dragon on June 15 through Svart Records. The newest offering from guitarist/vox Fredrik Bolzann, drummer Niko Lass and bassist Lo Klav finds the trio adding some psyche-heavy flourishes to this superb selection. The song and its B-side were recorded live at Drudenhaus Studio during the sessions for the band’s previous release, 2016’s Sang-Dragon. It is arriving just in time for the trio’s upcoming road trek (dates below).

“Striped Dragon” is presented in a deluxe gatefold cover, a carefully-crafted work of art by Branca Studio. This piece is limited to 300 copies and is a one-time pressing.