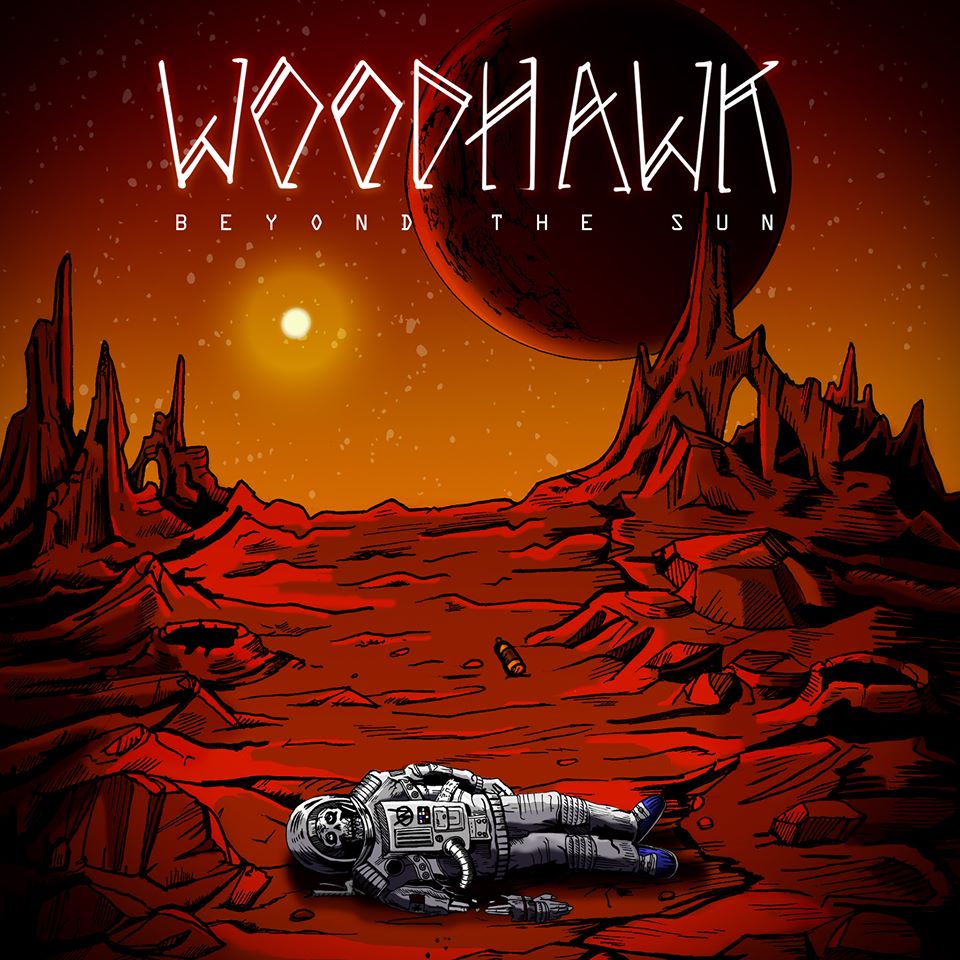 We hear terms like ‘retro’ and ‘vintage’ tossed around like so many go-to catchphrases these days. Used with little to no actual regard for their validity or application to the subject matter at hand. Well today the subject happens to be Calgary, Alberta’s Woodhawk who just released their new album, ‘Beyond The Sun‘, on April 7th. Their first new offering since 2014’s self-titled EP finds guitarist/vocalist Turner Midzain, bassist/vox Mike Madmington and drummer Kevin Nelson melding those more archaic aural qualities further into their sound. The prevalent presence of older influences on their music is a most fitting trait but make no mistake, this is modern Rock through and through.

Taking pages from such inspirational elements as psychedelia, stoner/desert rock and the like, these nine tracks are most stellar specialties indeed. From the heady introduction provided via the first cut, the ‘Beyond The Sun‘ title track, things are soon speeding into some progressive rock territory. The energy and tempos stay..well, high on ‘The High Priest‘ with its groove-driven content. In fact, it is groove and powerfully enhanced music that drives the fantastic songs here while the laid back but emotionally solid vocals are built to impress.

Impressing is what this album is all about, from the off-the-hook heavy jam of ‘Living In The Sand‘ to the heady blues-ish traits of ‘Magnetic North‘. Everything is tight knit and super relaxed as the rollercoaster ride of ever-alternating tempos on the organ-laden ‘Lawless‘ and the apparent ode to Star Wars, ‘A New Hope‘, revel in their incredibleness. For me personally, my favorite here is the album-closing ‘Chrononaut‘ and its preceding introductory instrumental opener, ‘Foresee The Future‘. This is what the modern era of serious stoner rock sounds like, my friends.

I dare say that Woodhawk‘s ‘Beyond The Sun‘ is going to do wonders in establishing the band as one of underground music’s premiere rising bands. The vast realm of musical ground covered here is just astounding and it is explored with determination and confidence. Things are further augmented by the crystalline sound quality and high production standards that allow for already amazing tracks to be all that they can be. This is phenomenal rock that is going to strike an enthralling chord with fans of such bands as The Sword, Truckfighters or Valley Of The Sun.